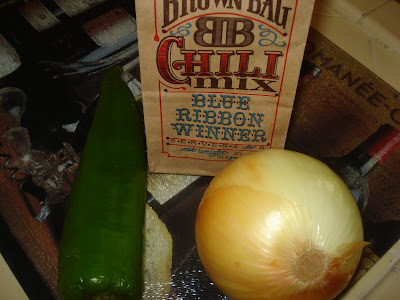 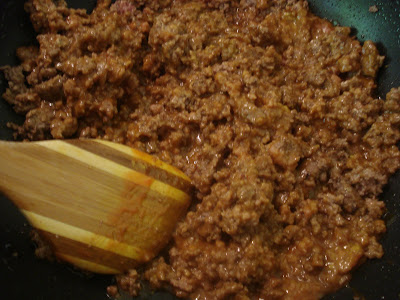 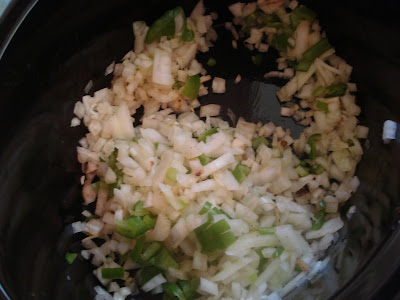 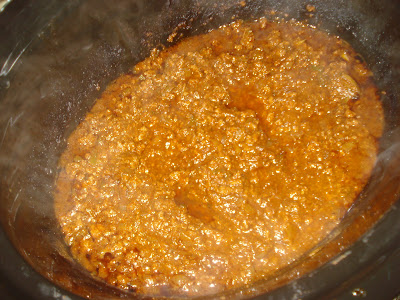 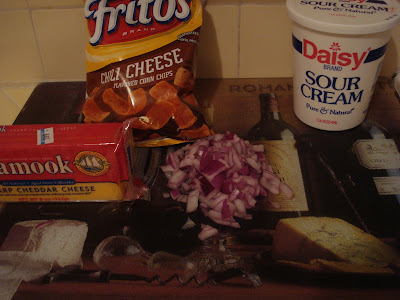 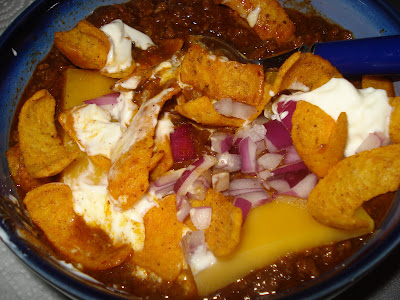 I wrote about making chili back during the second week of 2009, but I'm doing it again, because this was the best chili I have ever made. I used a chili mix for the first time in years, and I also let the chili simmer in my slow cooker for several hours.

I was at Taylor's buying the ingredients for chili when I saw the "Brown Bag Chili Mix." I figured I would give it a try. I diced up an Anaheim chili and a large onion and let them start sweating in the slow cooker while I browned the ground beef. After the beef was cooked I added the chili mix and let it simmer on the stove for a few minutes, then added it to the slow cooker.

I let it cook on low in the slow cooker for several hours, but I certainly sneaked a few tastes. It kept getting better as time went by. Finally, when it was time for dinner, I laid out the accoutrements I might want: diced red onion, sour cream, cheddar cheese and chili-cheese flavored Fritos. I couldn't decide exactly which combination to use, so I added some of everything.

This was unquestionably the best chili I have ever made, and one of the best I have ever had. Yesterday I had it for lunch and dinner. I wish I'd made more because I would continue eating it for the rest of the week.
Posted by JustinM at 5:54 AM