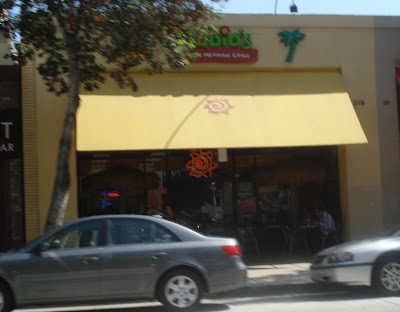 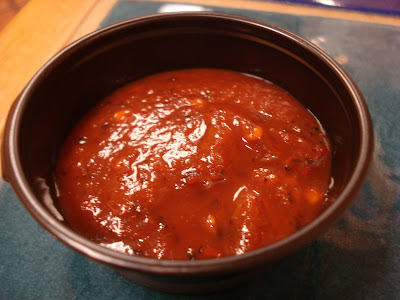 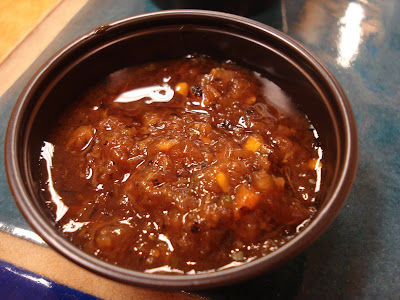 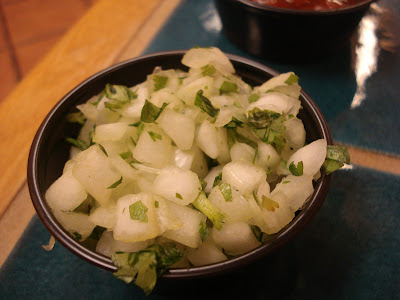 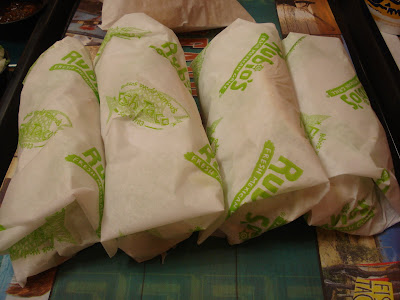 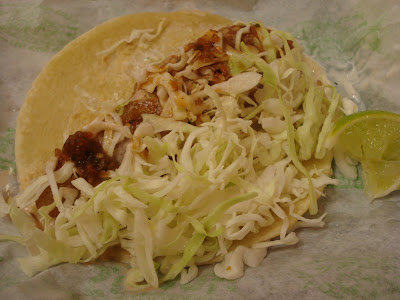 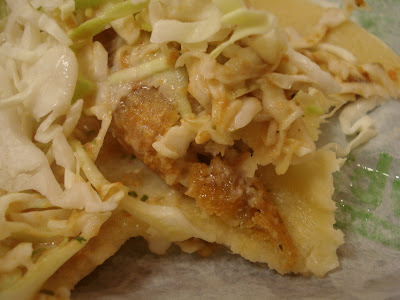 Not long ago I was mentioning to Elizabeth a trip I took once where my buddy Tom and I went to three minor league baseball games in three days and ate fish tacos for every meal. She remarked that she had never had a fish taco before. This surprised me. I know fish tacos are a Baja specialty and are more ubiquitous in Southern California, but she is from New York City, where, in my experience, you can get almost anything. (You can get almost anything at any time; I once spent a week in New York and got a slice of pizza from the same place every day. The busiest I ever saw it was at 2 in the morning after a Yankees-Red Sox game finished. The game had taken 4 hours and 45 minutes and is the longest 9 inning baseball game in MLB history. Apparently everyone had decided to go to this same pizza place for a snack after the game finished. It was certainly better than a thrown-together sandwich with pork and chips in the middle.)

So I figured I should take her to Rubios's for some fish tacos. I have always been a big fan of Rubio's - I think it's much better than Baja Fresh, which I have never liked, and a little bit better than Sharky's or Wahoo's. We kept it simple: four fish tacos, two drinks, and chips and salsa. We had iced tea but you can also get beer at Rubio's, including Pacifico, which I'm sure contributes to my love for the place. Pacifico and fried seafood is one of the great gastronomic pairings, like barbecue and sweet tea, wine and cheese, and Guinness and... well, more Guinness.

I got a small container of each of their salsas, although I've only posted pictures of the one I liked (hot) and the one I hated (roasted chipotle.) As I have written many times, I love chipotles, but this was one of the worst tasting things I can remember having. Did you ever put a battery in your mouth when you were a kid? I did once, and I can still remember that metallic, unpleasant taste. That's what this salsa reminded me of.

Rubio's fish tacos contain beer-battered fish, cabbage, salsa and white sauce. They are fine as is, but I always squeeze a couple wedges of lime into them and add some onions and cilantro. I added the hot salsa to one of my tacos, but it didn't make it any better. The tacos were great, as usual. I have never eaten more than two of their tacos (although when I was younger I would sometimes get a burrito as well) but I'm sure I could eat at least half a dozen.

The important thing, though, was that Elizabeth really liked it. Next time I think we will go somewhere a little farther away, maybe down to Los Angeles to try one of the highly regarded fish tacos joints.
Posted by JustinM at 12:30 PM

Oh, I have a place in San Diego to go for fish tacos. Everyone agress that it is the best place (I'm relying on their judgement since I don't eat fish).

Fish Taco tuesdays @Rubios.
Actually, for Asian & Latin cuisine you can get more of it here, and better, than in NY.