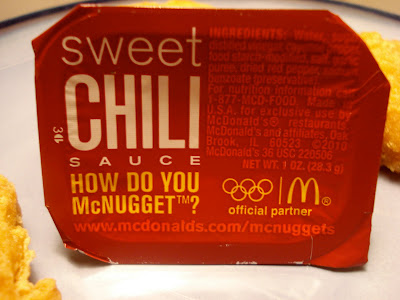 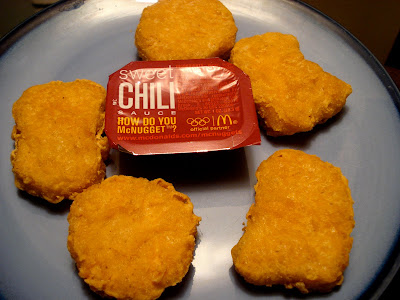 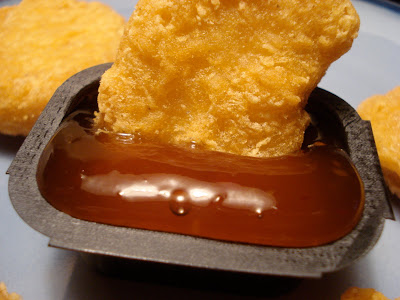 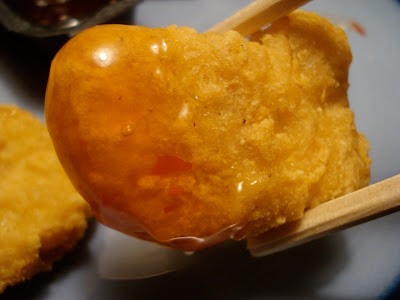 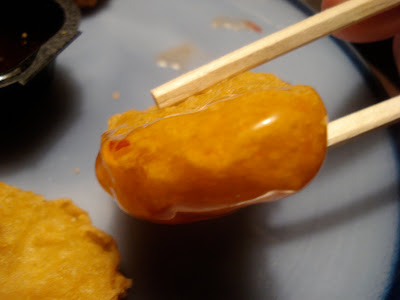 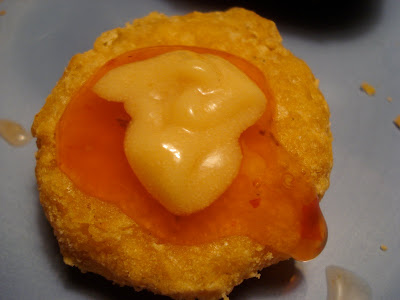 Just over a year ago I posted a letter I wrote to McDonald's, asking them - almost begging, really - to bring back Shanghai McNuggets, possibly my favorite fast food promotion ever. For those who aren't aware or don't remember, the McNuggets came in a box with an Asian-style design and served with teriyaki, hot mustard or sweet & sour sauces, the whole thing resplendent with chopsticks and a fortune cookie. It was, of course, too good to last.
McDonald's never responded to my letter. This did not surprise me: I have written many letters to fast food companies over the years (perhaps not the coolest thing I could admit about myself) asking them to bring back products and never once have I received anything more than a two sentence form email in reply. I once wrote a letter to Jack in the Box suggesting they bring back their chipotle chicken sandwich, pointing out that when they originally released it, chipotles were not as well known as they would later become and that the timing was right for a re-release. They never got back to me but just a few weeks later chipotle chicken sandwiches were back. There was no mention of me. (I suppose it could have been a coincidence.)
Being that it had been more than twenty years since Shanghai McNuggets disappeared and McDonald's wouldn't even respond to my suggestion that they bring them back, I accepted defeat on the matter, left only with the memory of these beautiful little jewels that flew too close to the sun.
So it was with a certain amount of surprise and no small amount of happiness that I came across an advertisement yesterday for McDonald's new sweet chili sauce for McNuggets. There was a tie-in with the Olympics that wasn't made too clear - there is a huge Asian population in Vancouver, but the connection is not mentioned by McDonald's as far as I can tell - but I did not care about the motives. While this isn't the teriyaki or hot mustard of the Shanghai McNuggets, it was close enough. Fair is foul and fowl is fair.
I immediately emailed Elizabeth and told her I wanted these for dinner. I emailed three of my Asian friends ... well, okay, my only three Asian friends... and told them about my find. If it hadn't been raining last night I would have invited everyone over to my patio to eat McNuggets with sweet chili sauce and drink Tsingtao. But the weather was not cooperating, so as it was I just went through the drive-through, got my McNuggets, and returned home. (There was a tense moment when I asked the guy if they had the sweet chili sauce and he responded with a confused "What?" But I repeated myself and everything turned out okay.)
I laid the McNuggets out in front of me. It occurred to me that I should eat them with chopsticks. So I did. The sweet chili sauce was very good. It was a little too sweet on the front end - like their cloying sweet & sour sauce - but there was a surprising amount of heat that crept up after a few seconds. I have two bottles of sweet chili sauce in my fridge (I have two bottles of almost every condiment in my fridge): one from Fresh & Easy's label, and one called "Grama's sweet chili sauce" that I got at Whole Foods. This McDonald's sauce was as good as either of those. I even got a packet of hot mustard sauce out of a drawer and squirted a little onto one of the McNuggets to accompany the sweet chili; it was beautiful.
I do not know how long this sauce will be around.  I wish it came with a fortune cookie. But I am happy with it. My friend Zach, my original partner in fast food adventures, is coming up from San Diego this week for Chinese New Year and we have already made plans for a repeat tasting.
Posted by JustinM at 11:39 AM

Or as you and Zach call it, NY.

YUMMY! I will try these pronto!

Ooh, I loved Shanghai McNuggets (better than chicken), but I guess Shanghais became too scarce after the first promotion. I would of thought that by now enough time would have passed to grow more of them.
I like them second only to Cobb Salads, but only if the Cobbs are really fresh.

I work at mcdonalds. this sauce has been a hit!(well ik it is in massachusetts) but we can only order this sauce during the olympics. but your store can give it out as supplys last. Many store have ordered many many cases to keep it in stock. There is rumor they may bring it back afrter the games end.

That's cool. Really I don't like it as much as the hot mustard (I love that) but it's better than the sweet & sour and barbecue sauces, which are both much too sweet for my taste.

i just went to McDonalds with my hubby and we ordered some nuggets and requested extra sweet chili sauce, hoping it was still around... the worker said no there's no more!! my husband asked will it ever come back?? the worker slipped and told us there was a recall on the sauce so they stopped making it! I guess the manager heard his slip up and came running to the window moving the employee out of the way and trying to cover up the recall situation!!

Looking for the old commercial with the McNuggets dressed stereotypically Asian (karate outfits) and jumping in their respective dipping sauces...