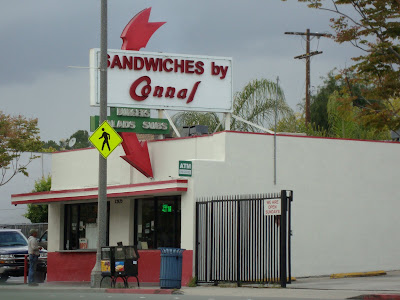 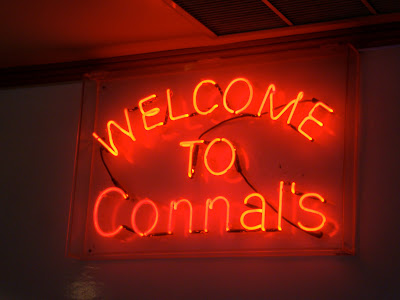 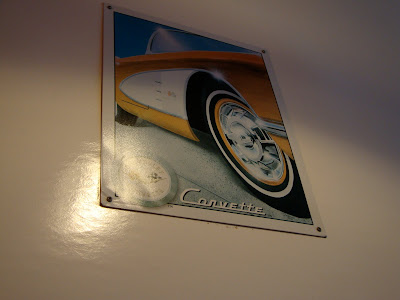 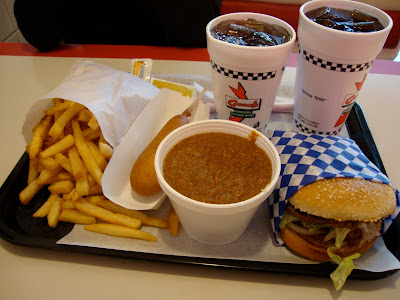 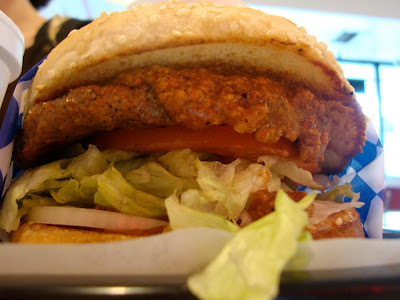 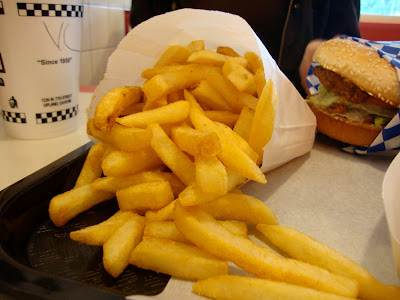 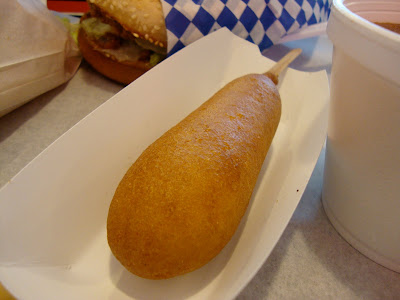 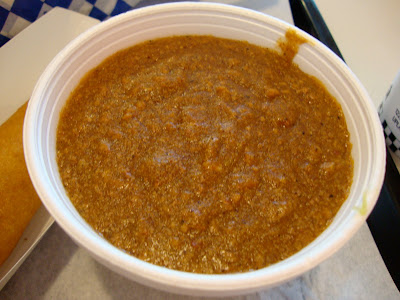 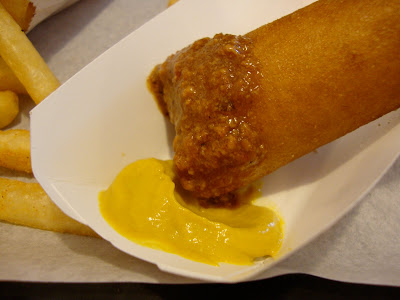 I have no idea what the actual name of this place is. Their sign reads "Sandwiches by Connal." Their logo reads "Connal's Burgers Salads Subs." And their name in the Pasadena Health Department's inspection report - there were no violations in the most recent inspection, by the way - is "Connal's Grinders."
But everyone I know calls it Connal's, so that's good enough for me. Apparently they've been in Pasadena since 1958. I've been around since 1978. I would love to write about my long history with the place, detailing a love affair as passionate as the ones I have with Rick's and Taco Lita. But let us not talk falsely now, the hour is getting late: a couple days ago I visited Connal's for the first time.
I first remember hearing of Connal's a few years back when a business acquaintance of mine, who ran a restaurant-menu website, told me about how much he liked it. Connal's is up on a stretch of Washington Blvd that I believe I had only been to once at that point - to buy a Liverpool FC jersey from the soccer store - and I couldn't quite place where it was. I drove by a couple days later on a recon mission and witnessed a line resembling a Dodger Stadium beer line in the seventh inning of a Saturday afternoon game in July. This place has something going for it, I thought to myself.
But I never went back to eat. It's not that it didn't look good, it's just that I have many places in Pasadena where I go for burgers and fries and chili, and I never felt the need to add one more. Sunday afternoon, Elizabeth and I had done a few errands and were both in the mood for burgers, but we couldn't decided exactly where we wanted to go. Neither of us were feeling Wolfe Burgers; that's usually where we go on nice days to sit on the patio. Unsure of Hutch's Sunday hours, we were exiting the freeway to do a drive-by of Pie-n-Burger to see if they were crowded when I suggested we give Connal's a try.
Connal's has windows on the street for ordering food to-go and a window inside to eat in their small dining area. We opted for the latter. After browsing the menu for a couple minutes, Elizabeth ordered a chili burger and a Vanilla Coke. I decided to get a corn dog, a bowl of chili (sans beans) and an order of fries for the two of us to split, plus a Coke. The total for all of it was $14.
We took a seat in a booth under a picture of a late-50s Corvette, perhaps my favorite car ever. The food was ready in just a few minutes. The first thing I noticed was the size of the fries, a giant bag almost comparable in size to The Hat. They are the same large-cut fries that many fast food places serve but usually fail to cook long enough. These were done perfectly. Despite the fact that I was famished - it was 2:30 in the afternoon and I had not eaten all day - we couldn't finish the order. The amount we left could pass for an order of fries at some restaurants.
But I don't judge a place on its fries. The corn dog was good but then again it was only a corn dog; as long as it's not cold in the center it's going to be good. Elizabeth gave me two bites of her chili burger. I loved it. The burger tasted similar to a Hutch's burger, only with chili. (And also a very healthy portion of raw onion. She took most of it off, which I was happy to eat with my chili.)
The chili bowl was good. It's not fancy, just a thin, wish-it-were-a-little-spicier variation that tasted great with the fries and a touch of mustard. I liked it better than Tommy's - it didn't have that flour taste that the Pasadena Tommy's too often does - and almost as much as Wolfe Burgers. I ate half of the bowl and took the rest home, eating it with some onions and cheese at dinner time.
The whole time we were there, which as I mentioned was after the traditional lunch rush, people kept coming in and ordering food. It was raining slightly when we left and I didn't feel like taking out my camera to snap a picture of the exterior, so I went back a couple days later, this time about 8:30 in the morning, not long after they'd opened. There were more than 20 people waiting on the street. Apparently their breakfast must be good, too.
I loved Connal's. Is it the best place around? No. But it was inexpensive, tasty, and the people there were friendly. It's easy to see why it has been around for half a century. Less obvious is why it took me 31 years to make it there. But I will be back.
Posted by JustinM at 5:15 AM

First timer? Welcome to the institution otherwise known as CONNAL'S. It's not for the cholesterol-squeamish, and as you saw, the single order of fries is seriously enough to feed a family of four. It's a rare day when there is no line at that window.

I thought you were craving a burger?!!!

Yeah, I was, but I wanted a bowl of chili more, so I figured I didn't need a burger as well. Plus, I know Elizabeth, and I knew I would get at least a couple bites of whatever burger she ordered.

You should provide contact/address info on these joints...unless, you're not recommending a place.

I considered that when I started the blog back in 2008. But in this age of Google Maps and GPS, if a person really wants to go to a place and they are are too lazy to look it up, they don't deserve to go there.