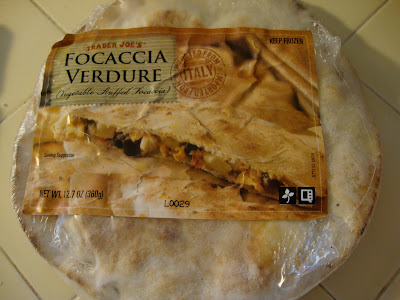 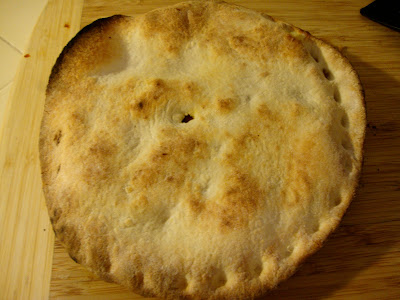 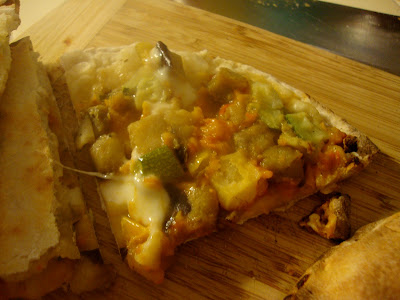 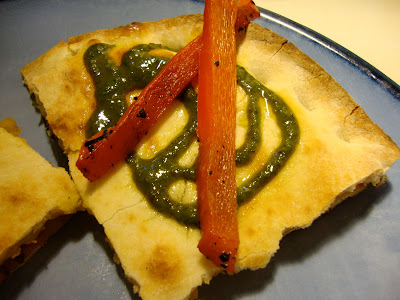 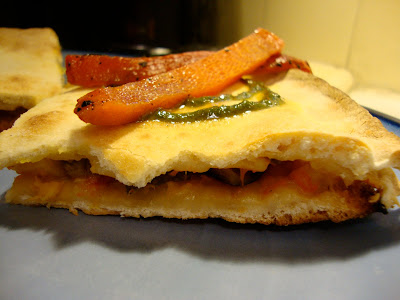 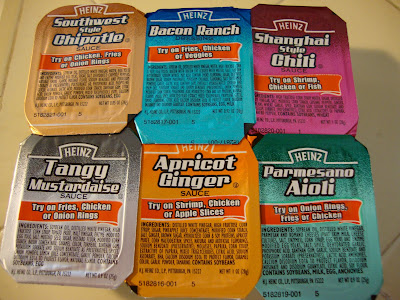 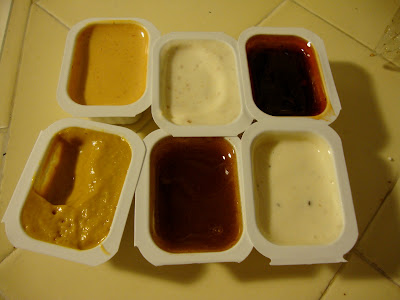 Once again it was a Wednesday night, the one night of the week I always watch more than baseball on TV, and again there was a plethora of things to watch. To start with, the Yankees and Red Sox, which is always enjoyable, but this game featured Andy Pettitte, Elizabeth's favorite Yankee, vs. John Lackey, the longtime Angel (and winner of Game 7 of the World Series in 2002) making his first start for the Red Sox.
There was also the Angels game, although after Tuesday night - when the Angels fans set a world record for the most people wearing a Snuggie at the same time - I'm a little disenchanted with the Angels at the moment. There was a new episode of Huell Howser on Coit Tower (the opportunity to annoy Elizabeth by making "coitus" jokes in my Huell Howser voice was too good to pass up), two episodes of "The Unit," a new episode of "Dinner: Impossible," and, for my better half, the penultimate episode of "Ugly Betty."
So it was a good evening for making something not too challenging at home. Yet again Trader Joe's came through in a big way. I can't believe I hated TJ's when I was younger; I'm not sure I could get by without them now. (It's always humbling to look back on how foolish you used to be.) Recently I saw the "Focaccia Verdure" and decided to give it a try: focaccia bread stuffed with vegetables.
I baked it in the oven for just under fifteen minutes. I quartered it and put some strips of roasted red pepper and fresh basil oil on one of the pieces. It was outstanding - thicker than a quesadilla, tasting almost like pizza.
I had also acquired some Heinz sauces in "dip cups" and wanted to give them a try, so I cooked a bag of Trader Joe's garlic fries (but without the garlic sauce). I was surprised - shocked, actually - at how good some of the sauces were. Below is a rundown of all the flavors. 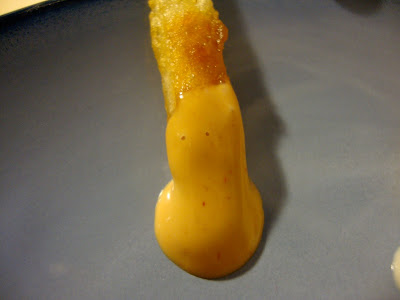 The Southwest-style chipotle was my favorite by a wide margin: spicy and creamy, it was as good an any fast food chipotle sauce I have ever had. 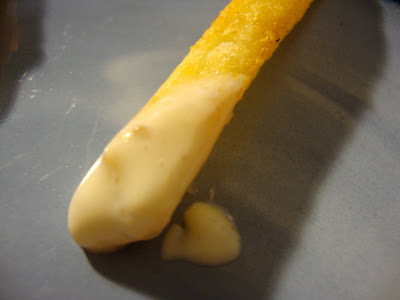 I don't much care for ranch flavored sauces; they are all too boring and their creamy taste is much too sweet for me. That being said, the Bacon Ranch sauce was the best ranch I have had in years. You could have given me ten guesses what the dominant taste was going to be and I would not have guessed "bacon," but the bacon was very  noticeable. A pleasant surprise. 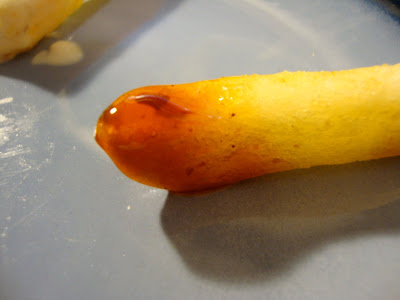 I was not a fan of the Shanghai Style Chili. It was sweet but there was zero spice to it. The McDonald's sweet chili sauce (that inexplicably was an Olympic promotion) was much better than this. 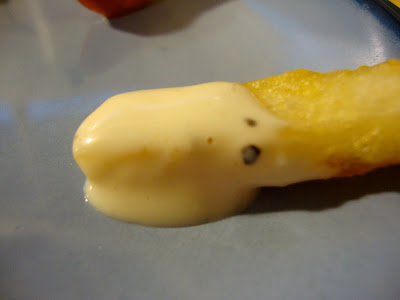 The Parmesano Ailoi was good. (Although I liked it more than Elizabeth did.) It tasted too strongly of soybean oil (the first ingredient listed) for me to call it more than good, but the parmesan flavor was strong and I would definitely eat this again. 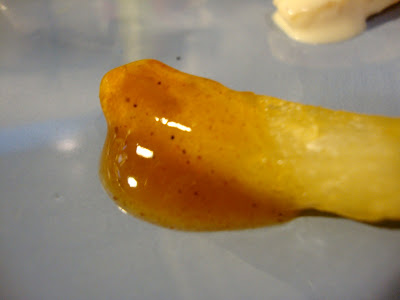 Oh boy. The Apricot Ginger sauce was the only one that we did not think was okay. And, in fact, we thought it was absolutely terrible. Elizabeth recoiled and said "That tastes like cough syrup!" My reaction was not that strong, but I still hated it. I cannot describe how disgustingly sweet it was but I will give it a shot: it tasted like a melted-down apricot fruit roll-up, rolled in sugar and drizzled with simple syrup. There was not the slightest hint of ginger to it. I'm not even going to throw this in the outside trash because I don't want the neighborhood rats to be eating it. 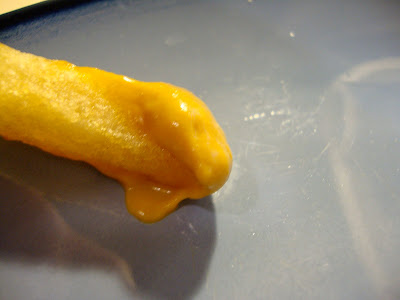 The Tangy Mustardaise was easily our second-favorite of these sauces. It tasted like a slightly-spicy, slightly-tangy mustard. I need to get my hands on some more of this to do a comparison with McDonald's hot mustard sauce, which has always been one of my favorite fast food condiments.
Posted by JustinM at 9:42 AM

I wonder if Betty ends up with Daniel.

I made a joke that that's how I wanted the series to end, by Betty sacrificing her chance-of-a-lifetime job offer in London to stay home and be subservient to a man, any man at all. Elizabeth did not find that funny.

Remember the old frozen fries they used to carry at tjs? Those were the BEST!

I don't remember the fries you're talking about, however I believe you 100%. One thing you learn about TJ's is that your favorite things can disappear, despite their popularity or the employees assurance. The goat cheese empanadas were my favorite item ever at TJs and they're long gone; their chimichurri was amazing and it's gone too. I could name a dozen things like this.

Most recent was their chicken chile verde, which I loved, and when it disappeared I inquired about it and was told "That's one of our best sellers and people LOVE it. It's not going anywhere." That was about 6 months ago and it has not been back.

where did you get those heinz sauces?

A friend of mine is in the restaurant business; they were samples he gave me. You can order them online, although I don't know if you have to be a proprietor of a restaurant to order them.

The apricot ginger sauce is vile. And, I want Betty to take her dream job and become the writer/editor she always wanted to be. If Daniel wants to go with her, thats cool.

This blog is getting away from me.