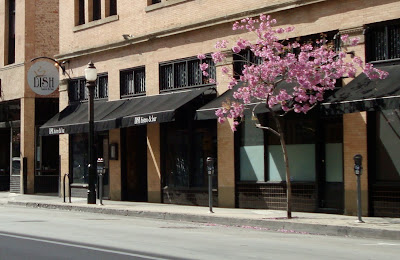 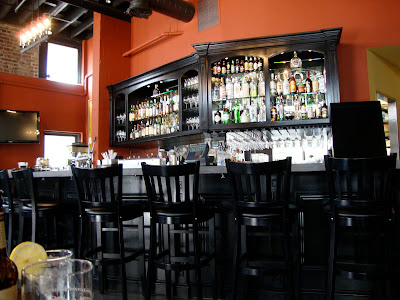 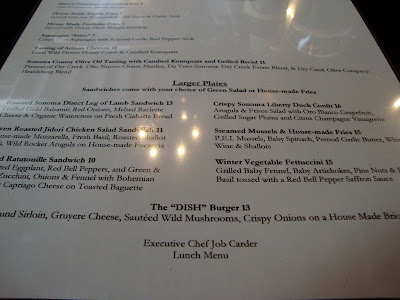 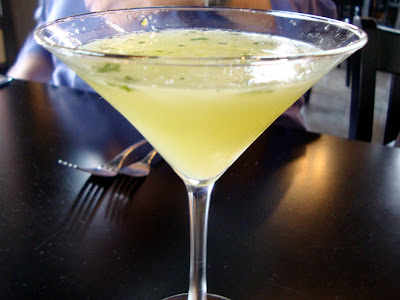 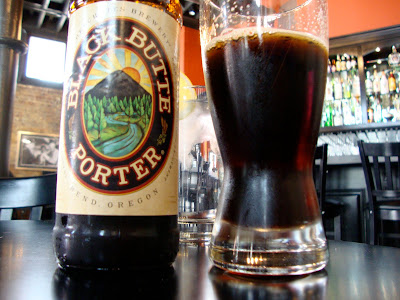 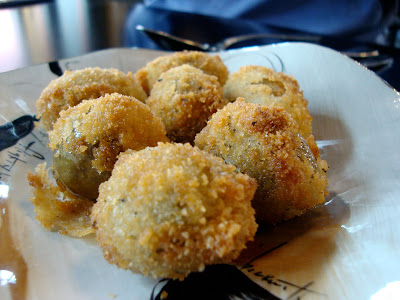 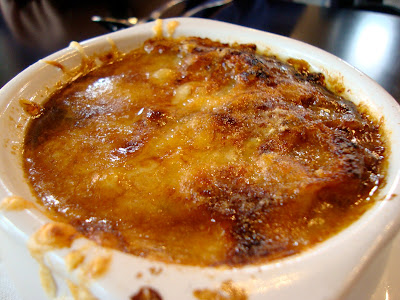 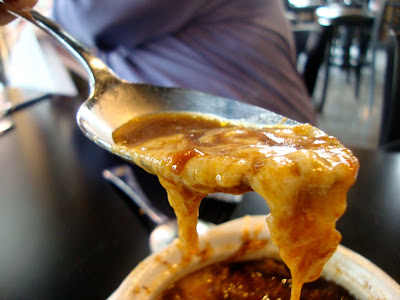 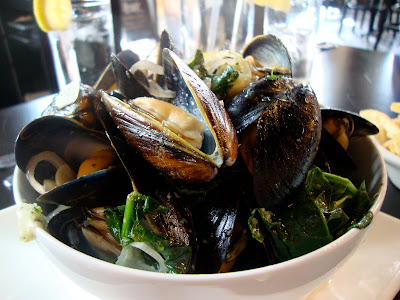 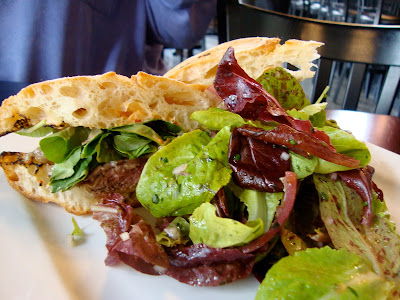 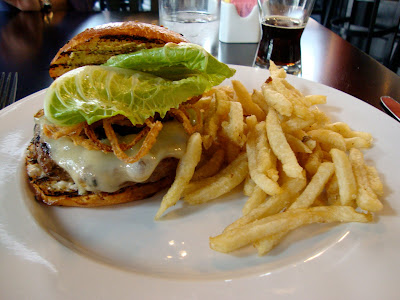 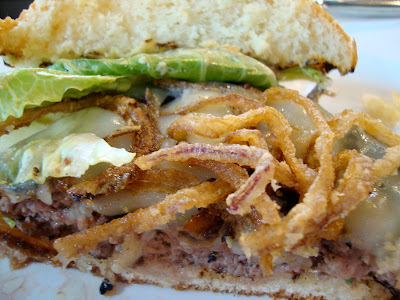 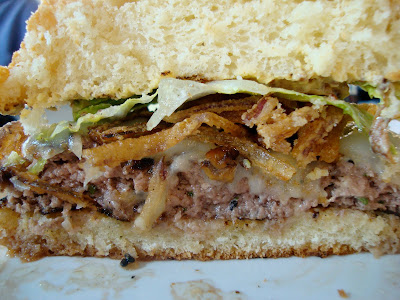 The space at 53 E. Union Street in Pasadena has always been one of my favorite restaurant spaces in town from a visual standpoint: brick walls, a high ceiling, and windows looking out on Union, which, like Green Street, is a beautiful change of pace from the mall-food-court feel of sitting on Colorado Blvd. The people walking by seem to actually have a destination in mind (and indeed I saw one pretty girl I know returning to work while I was eating; I took a picture of her with my phone and immediately sent it to her, which, while admittedly slightly creepy, was also funny.)
The actual restaurants at this location, however, have never been my favorite. Cafe Atlantic was wildly inconsistent. The first time I ate there, with a group of friends, was some of the slowest service and saltiest food I have ever had. On another visit there I ate the single best Cuban Sandwich I have ever eaten in Pasadena. I only ate at Cafe Brenart once, and the food was not bad, but I felt very out of place. Some people might refer to it as "quaint"; I simply found the loud jazz and art gallery atmosphere bizarre.
When Dish opened I was intrigued. Their website bills the cuisine as "California Northern Mediterranean." While not entirely sure what that would mean, the simple fact that it wasn't sushi or a wine bar was enough to get my attention. A few weeks ago my friend Tyler called me and said he was on his way to Dish for dinner based on my review of the place on this blog.
"I haven't reviewed it," I said. "Are you thinking of the Dish in La Cañada?"
He was, but that did not deter him. I looked at their menu again and thought to myself: Next time Elizabeth has a half day, we should go there for lunch. That turned out to be just a few days ago and, coincidentally, our friend Carla had the day off as well. So the three of us formed a plan to go to lunch.
Dish is definitely a nice looking restaurant, much nicer inside than you might guess from the street. Right away they made a strong pitch for my affection by carrying two different kinds of Deschutes beers. I ordered myself a Black Butte Porter. Elizabeth only wanted iced tea, but Carla tried a basil martini. I had never heard of such a thing and, despite twice declining a taste, I was told that I had to try it. It tasted like basil and not much else. (I am not a martini drinker, though. Maybe they're not supposed to taste like anything?)
We started with two appetizers: fried olives and an onion and madeira soup gratinée that we all shared. I did not try the olives, as olives are one of my least favorite foods, but they were stuffed with shallots, pancetta and ricotta cheese, and the ladies ate all of them. The soup was good but I'm glad we shared it. There is no way I could have eaten it by myself, even as a meal: the madeira wine reduction was intense, and the giant crouton and melted cheese can only be compared to the cheese bread at North Woods Inn.
The burger was certainly beautiful when it arrived, with crispy onions, sauteed wild mushrooms and plenty of cheese. I cut it in half and was slightly disappointed: there was only a touch of pink to it. This was not medium rare. Still, I tried it... and was more than slightly disappointed. It wasn't terrible, but it wasn't very good, and not at all worthy of the $13 price tag. It had that acrid bite to it usually associated with inexpensive ground beef that is crusted over on an old grill. The bun, which is described as being a "house made brioche bun" was thick and slightly stale. The toppings were delicious but this was a bit of a double-edged sword: I could not help but wonder how much I would have enjoyed them if they had been paired with a better patty and bun.
The fries, however, were spectacular. I don't think I would say they're as good as Green Street Tavern's, but they're certainly in the discussion. Without thinking too hard I would say they are my second-favorite fries in Pasadena. I look forward to trying these again with Dish's "horseradish chili sauce."
Elizabeth liked her mussels, although she couldn't finish them all, and Carla really liked her sandwich. I think the ladies liked the restaurant more than I did, but my opinion in the moment was skewed by my disappointment with the burger.
I liked Dish but I did not love it. "Dish doesn't suck," Jonathan Gold put it succinctly in his "First Bite" mini-review of the place, and that is indeed  true. It does not suck. But their prices are about the same - perhaps slightly higher - than Green Street Tavern, and nothing we had was as good as the food you find at the latter. I am willing to try Dish again, but I am not in any hurry.
Posted by JustinM at 10:19 AM

The mussels were fantastic, and they give you a generous amount. I would definitely get them again.

Mikey: I wouldn't call it dry, just bland. The toppings were great, but low quality of the meat and bun overpowered them.

The Two Guys are intrigued . . . so much so that we may now finally give this place a try. It's within spitting distance (sorry for that visual) of Vertical, our favorite Wine Bistro. But gosh, the menu at Dish Bistro looks like a classic French bistro.

Interestingly, I came across a photo of the Dish burger on another blog and it looked 10x better than the one I had. The bun looked like a fresh bun - not this stale monstrosity - and the meat looked nice and juicy. I wonder why I was served a burger so inferior to others I have seen pictured on the web.

I walked by both new places last nite. They didn't seem exciting enuf for me to wanna walk in anytime soon.
In that regard, you're review didn't change my mind.