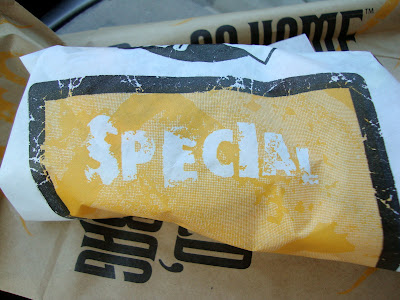 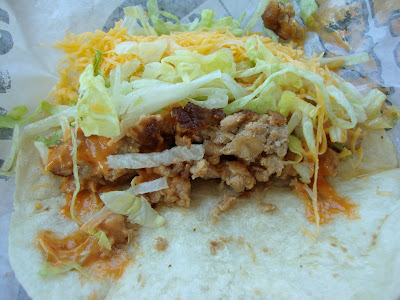 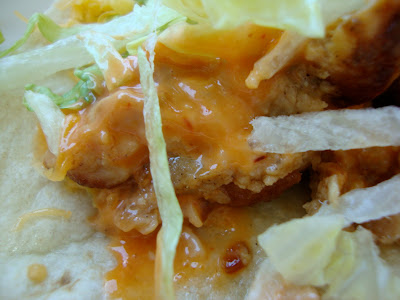 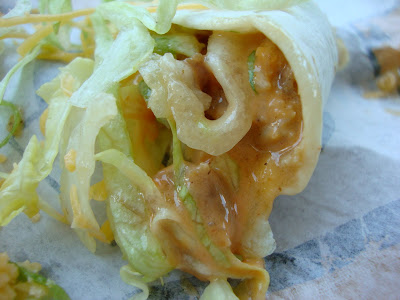 As I have written many times - and is obvious to anyone who has looked at this blog more than once - I am a sucker for fast food promotions. I always have been. When I was a kid I begged my dad to take me to the Burger King by PCC when I saw a commercial for Burger Buddies, my first introduction to the concept of mini burgers. (I still remember riding back from that BK with him, cradling the burgers on my lap like they were a newborn baby.) Almost two decades later my friend Zach and I went out to another Burger King at midnight, in a much worse part of the county, because I saw a commercial for a talking Simpsons watch being given away with a value meal. Our other roommate, Tom, was in law school at the time and deep in studying, but he took a long break to play with my Krusty the Clown talking watch.
And, as I have also written, there are three words that grab my attention every time, that I am drawn to like a moth to a flame, like Ron Artest to an awkward jump shot: boneless, whiskey, and chipotle. I await the day when some establishment - probably Chili's - releases "boneless chipotle-whiskey wings." I've never shown up early at Chili's and pressed my face to the glass to anxiously await their 11 A.M. opening, but that will be the day. (Actually, now that I think about it, I've done that before. A lot of times.)
Del Taco almost always comes out with good promotions. Most recent is their "Santa Fe Chicken Soft Taco," their regular chicken soft taco - which I love - with black bean and corn salsa and chipotle sauce. It's been a while since a fast food item sounded so good to me, so I stopped by Del Taco the next day to try it out.
I stood around by the counter while every employee there ignored me. I'm not saying they didn't step up to help me; I'm saying they ignored me. There were five or six employees there and they were running around, filling orders for cars in the drive-through, and not a single one even looked at me, let alone said anything to me. After this went on for more than five minutes, I left. Interestingly, in a move I've never understood but nevertheless always appreciated, Del Taco built another location only three blocks away from the one where I was ignored. So I went there.
A friendly girl behind the counter greeted me as soon as I walked in. I ordered the taco and it was ready in about two minutes. I unwrapped it and took a look - it looked like a regular chicken soft taco with an orange sauce. (I ordered it without the bean and corn salsa, as I hate black beans.) I took a bite. It was fantastic. I just wrote yesterday that the Heinz chipotle sauce was the best fast food chipotle sauce I have ever had. That record lasted almost 12 hours; this sauce was better.
I'm not sure if I would call this as good as the spicy chicken mole soft taco that I tried a couple years ago - that might have been the best product I have ever had from Del Taco - but this was really good. I hope it stays around for a long time.
Posted by JustinM at 11:19 AM

My feelings are not hurt. I realize this isn't for everyone.