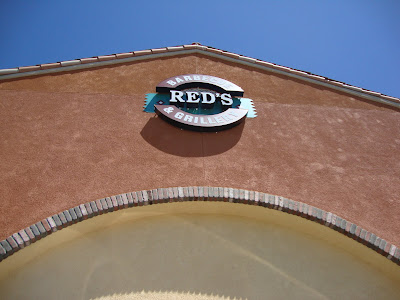 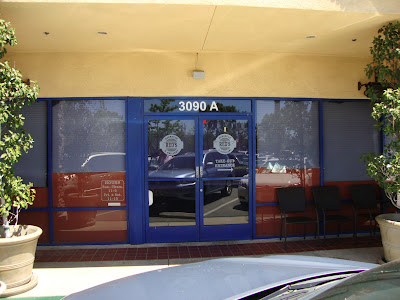 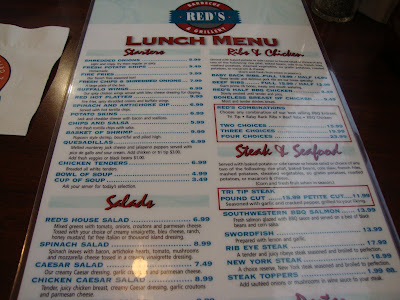 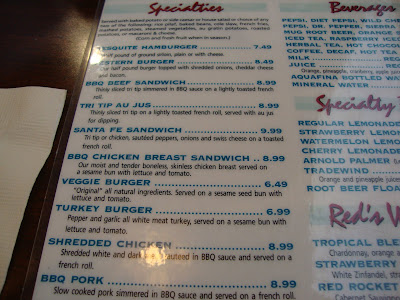 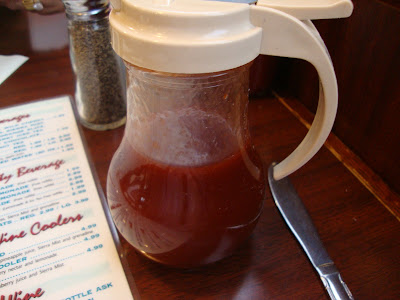 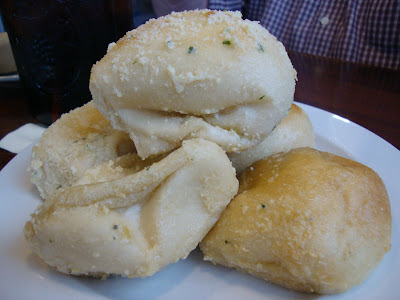 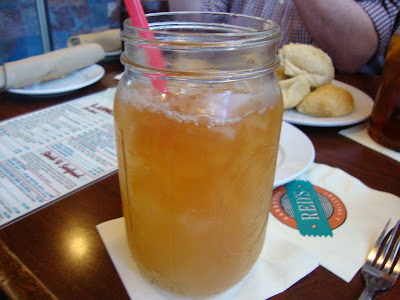 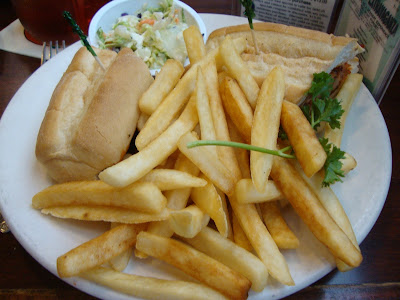 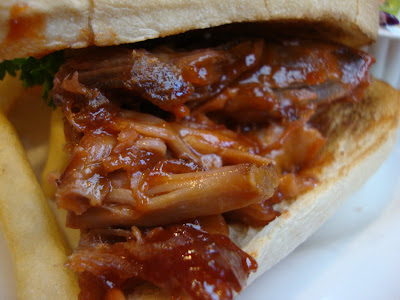 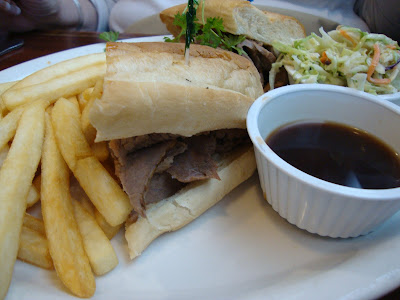 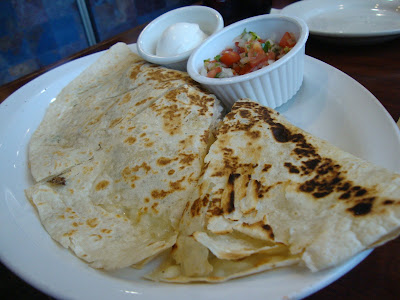 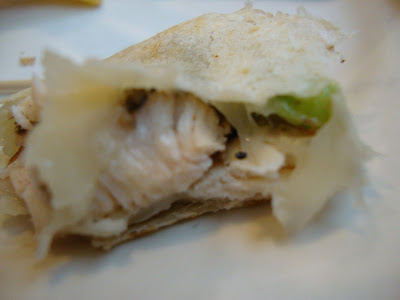 Saturday afternoon I went out to Simi Valley with Elizabeth and my parents to visit the Reagan Library. Do not read anything political into this; my main motivation was to see two things that bear no party affilition: Air Force One, and "The Miniature White House." (The former was cool; the latter is one of the most impressive things I have ever seen, a ridiculously detailed 1:12 replica of the White House that has taken hundreds of thousands of hours and more than one million dollars to build.)
-
After a couple hours at the library, we were all hungry. I'm not going to lie - I had done a Google Maps search of the area that morning to see if there were any barbecue spots. I came across Red's, which seemed to have pretty good reviews. You may be wondering why it's appearing here and not on the barbecue blog. We'll come back to that.
-
It both looked and smelled like a barbecue joint when we walked in. While perusing the menus we ordered iced teas (Elizabeth ordered an Arnold Palmer, which is pictured) and they were served in Mason jars. And even the obligatory good-but-not-great rolls were served. -
-
Then some hints began to creep in that maybe this wasn't exactly a true barbecue restaurant. The menu describes the pork sandwich as "slow cooked... simmered in barbecue sauce." As I have written on the other blog, if you are proud of your barbecue, you want people to try it first without sauce; you never actually simmer it in sauce. That's something you do when you don't want people to taste the meat. I asked the server what the most popular sandwich is and she replied "the beef dip."
-
I still ordered the pork sandwich, though. Both of my parents ordered the beef dip, and Elizabeth chose a quesadilla with chicken. The food came out remarkably fast - a little over five minutes later.
-
I first tried a bite of Elizabeth's quesadilla. There was a ton if chicken in it, they were very generous with the protein, but it was really, really dry. I had to put some barbecue sauce on it, which made it easier to eat but not better - the sauce was much too sweet. I worried that my pork sandwich, which was covered in sauce, was going to be lousy.-
-
It was not, though - it was a different, better barbecue sauce. It wasn't bad but I immediately realized why it was so covered in sauce: the pork was incredibly dry as well. The roll was great, as soft a French roll as I have ever had, but the pork was just too dry to fully enjoy. I asked the server for some mustard, which I then mixed with the sweet barbecue sauce in an attempt to make it a little more palatable before slathering it on the sandwich.-
-
"Dad, how's the beef dip?" I asked.-
-
"It's okay," he replied. "I'm glad they provided the au jus because the meat is really dry."-
-
Well, okay, then. Maybe this is why the food was ready so quickly: the meat is just sitting out in containers, ready to be spooned into whatever variation is needed? None of the food was bad, it just was not very good and certainly not deserving of having word barbecue in the name of the restaurant.-
-
"This isn't barbecue," my dad said, literally at the exact moment I was thinking that. "It's basically a Coco's or some other place like that."-
-
"Yes," I said, "I was just thinking that this won't be going on the barbecue blog."-
-
Being in Simi Valley, there is certainly no way I will ever eat here again, but that's not exactly a fair statement. The service was very good, the food was average - and nothing to do with barbecue - and the prices were very reasonable. It's the kind of place that replaces flavor and quality with large portions. If it were in Pasadena I would probably never make a conscious effort to eat here, but I would not complain if a friend selected this restaurant. Although that would be unlikely, as I do not have many friends who are in their 80s.
Posted by JustinM at 9:04 AM

I think the biggest "tell" was the Early Bird Specials. Dry is really an understatement. Hopefully, you will not need to take your parents to places like this when we are in our 80s.

Indeed. When you have a piece of pulled pork that has been smoked nicely - maybe coated with a rub, maybe basted every once in a while with a mop - it is so sweet and juicy. It does not need any sugary sauce.