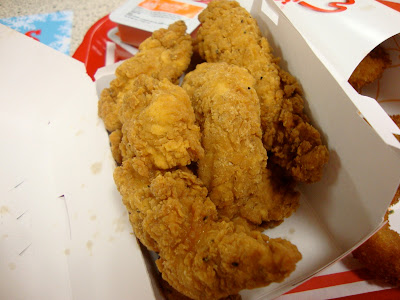 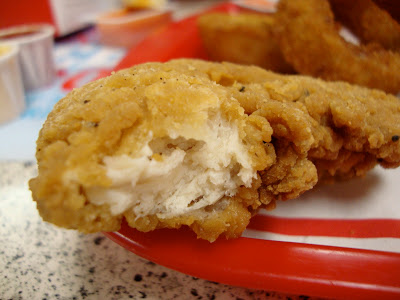 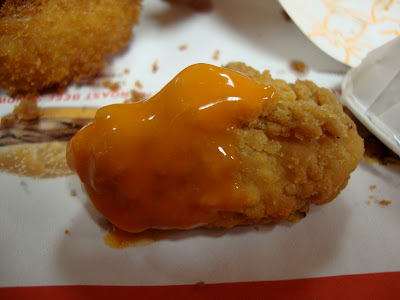 Last spring I heard about Arby's "Prime-Cut Chicken Tenders" and I immediately had two thoughts: 1) I must try those, and 2) What the hell is a prime cut of chicken? I am very familiar with beef graded as "prime," but I do not think I have ever heard that adjective applied to chicken.

Regardless, I headed down to my local Arby's to give them a try. But they didn't carry them. I inquired about the product and was greeted with the same hemming and hawing that I've come to interpret as "I have never heard of that before but I don't want to say 'I don't know.'"

The other night, Elizabeth and I headed down to Arby's to get some popcorn chicken, which is one of our favorites. And we found that they no longer carry popcorn chicken, it has been replaced by the chicken tenders. So we decided to give them a try. We placed our order, told it would be a six-minute wait, and sat down.

About fifteen minutes later we received our food. (Two-and-a-half times the quoted wait is normal at this Arby's, a slightly frustrating phenomenom, although I will say this: their food is always hot and fresh out of the fryer, it's not sitting around under heat lamps.) As soon as I saw the chicken tenders I smiled. They looked exactly like the popcorn chicken, only slightly larger.

In fact, let's take a look at two pictures: 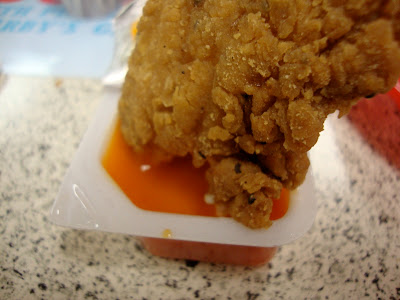 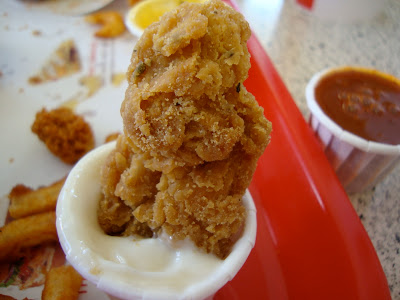 what kinda sauce is that orange stuff, pp?