Someone asked me to compile a top 10 list of the best things I have eaten this year. That seemed like a simple request - anything for my readers - so here it goes:

(Note: I started to make this list by looking at all post from 2010 - 224 of them so far - and jotting down my favorites. There were 14. The first thing I did was bump two items: the lobster at Crab Cooker and the Wild Boar Burger at Green Street Tavern. Sure, they were unquestionably two of the best things I had this year, but I've also had them in previous years. So I decided to remove them from the list. But honestly, there might not be a single thing in the world I enjoy eating more than that lobster, so any year that I have it - which is most years - it belongs in the top spot.) 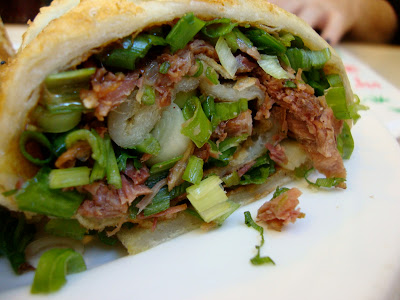 10) Beef pancake at Dumpling House. I know there are probably better beef pancakes in the San Gabriel Valley, but this was the one I ate. It was great at the restaurant; it was even better reheated at home. 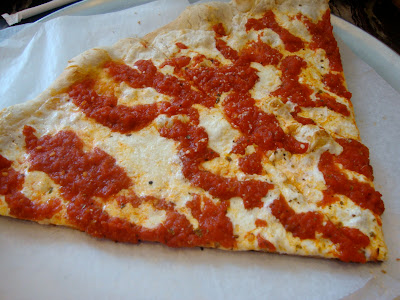 9) My Little Pizzeria. Although the state of pizza in California has been improved dramatically in the last few years, there still is no substitute for a great slice of New York pizza. This little shop in Brooklyn, which Elizabeth had been telling me about for more than two years, was fantastic. 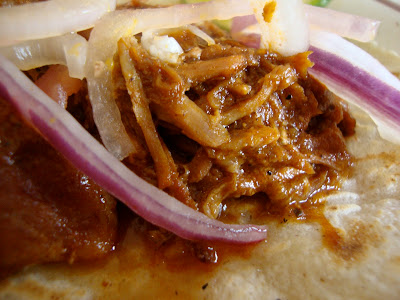 8) Cochinita pibil taco at La Cabanita. Possibly the best taco I have ever had. 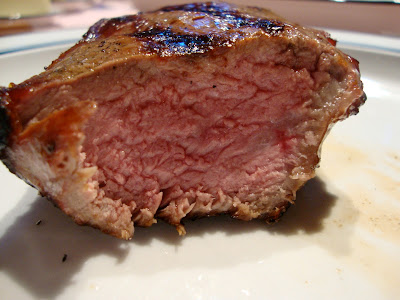 7) New York Steaks and salted caramel gelato for Father's Day. While I prefer thinner cuts of steak that cook quickly and melt like butter on the tongue, there is something to be said for a perfect, thick steak, and Father's Day certainly seems like a good occasion for that. The Bearnaise sauce I made didn't hurt, either. 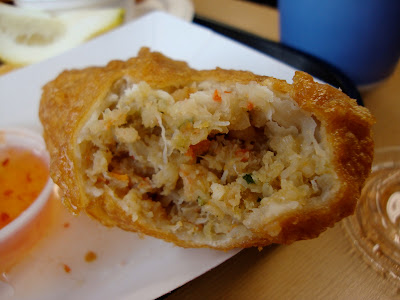 6) Lobster roll at Fish King. It's 7:26 in the morning as I'm typing these words, watching the Today Show and bracing for the next round of rains... and all I can think is how much I would love to have one of these in front of me for breakfast. 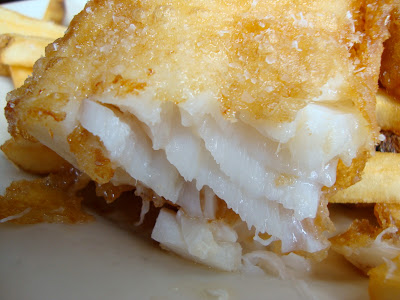 5) Fish & chips at the Village Idiot. Well, maybe not so much the chips, but the fish was fantastic. For the first time ever in L.A. I had fish & chips that I loved. 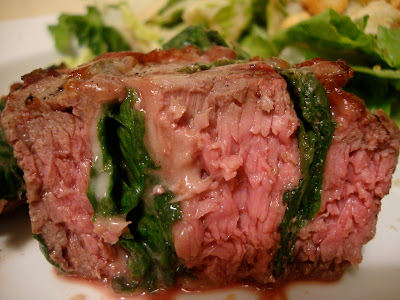 4) Stuffed flank steak. This post generated more compliments from friends than almost any I wrote this year, although that seemed to be more because they enjoyed my baseball memories. But the fact remains that this might be the best steak I have ever cooked. Well, except for... 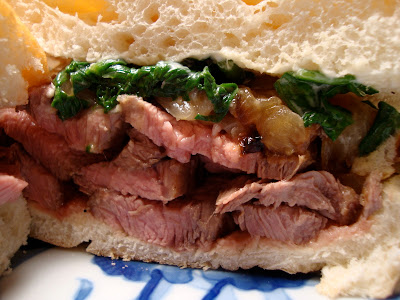 3) Steak sandwiches. I am in love with the prime flatiron steak at Taylor's, and I have cooked it perhaps ten times in the last half-year, but this was by far the best one: rubbed with butter, cooked on the indoor grill, sliced thinly and piled on a soft roll with caramelized onions and spinach. It's possible I have never made a better sandwich. 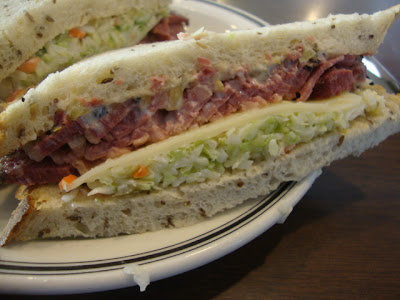 And my favorite thing I ate this year? 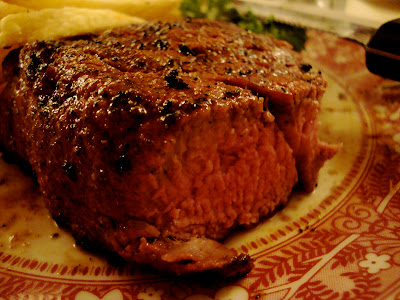 1) The filet mignon at the Hitching Post II. Would it have been my favorite if it hadn't been Elizabeth's 30th birthday weekend, eaten after a day wine tasting with some friends on the Central Coast? Yes, I think it would have been. It was simply spectacular.
Posted by JustinM at 9:28 AM

Nice, you went to the Hitching Post II also! I had ostrich meat last time I went. Wow, Justin, what a fantastic top 10 here. Your pictures got my drooling in my coffee and even make me want to eat red meat. I still really want to try the beef roll (#10) and now I'm curious about this lobster roll. Happy holidays to you and the best for the next near!

you're the man, PP. i think i speak for all of your readers/ fans when i say we look forward to another year of your great posts in 2011!

Anna: Thanks. Same to you.

Anon: You speak for all twelve of my fans? Awesome!

How about if I make you one and tell you it's soy?

Nah, let's just stick to that double-date plan you had for Amigos.

All thirteen of your fans... Count me as the newest member of that club. I came across your comments at Cafe Pasadena, and I'm glad I did. I'm salivating reading your 2010 top ten list. Can't wait to try these foods, and I look forward to your posts in the coming year.

I should have known better than to visit you this late at night. After these delectable pix, I'm off to bed hungry!

Susan: Fantastic, welcome. Although that whole "12 fans" thing is a joke I've been saying for a couple years. I'm probably up to 20 by now.

Irina: Like many women before you, you've learned not to visit me late at night.

I just couldnt leave your web site before saying that I definitely loved the quality information you offer to your visitors. Will be back frequently to check up on new stuff in you article!

Awesome post. I've never been to Langer's either so don't feel too bad. Have you tried The Golden State? I don't think I see a review but that's another place I've been wanting to get to.

No, I haven't. After going to the Village Idiot I wanted to go to Golden State to compare the fish and chips, but I just never got around to it...

Nice list. Langer's is one of my favorite places in LA. I see that you're a big steak and beef type of guy. Are you a fan of Lawyer's prime rib, as well?