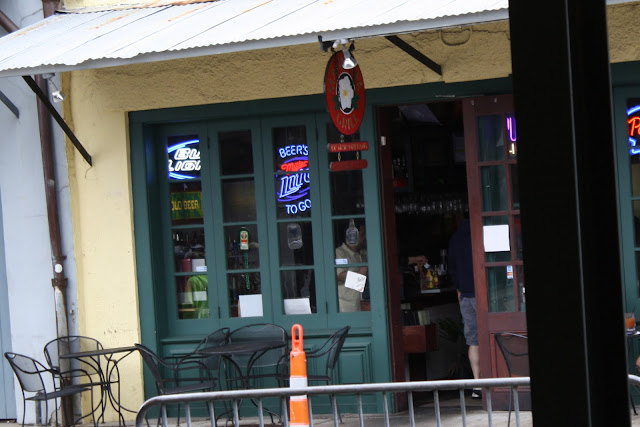 It was sprinkling our first morning in New Orleans, but the rain provided a bit of cool release from that warm, sticky air that often pervades the French Quarter. We walked down to the banks of the Mississippi; the mist was too thick to see across to Algiers. We walked to Cafe Du Monde - before the trip Elizabeth had asked if she could eat beignets for every single meal in New Oleans - but there wasn't a seat to be had and more than twenty people were circling the room, waiting to pounce upon the first open table. We walked through the French Market and considered getting something to eat there, but when I approached a particular counter to order food, the guy working intentionally ignored me. I walked away.

Across the street I spotted the Magnolia Grill and walked over to take a closer look. 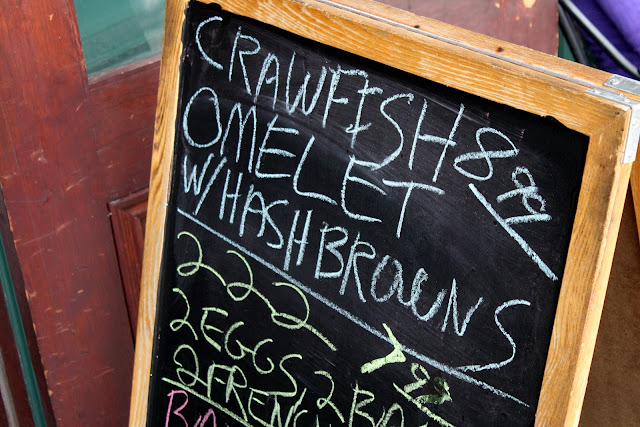 A crawfish omelet sounded like a the perfect food at the moment. 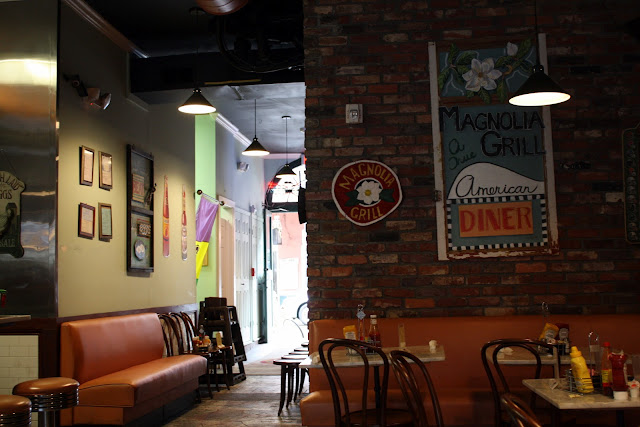 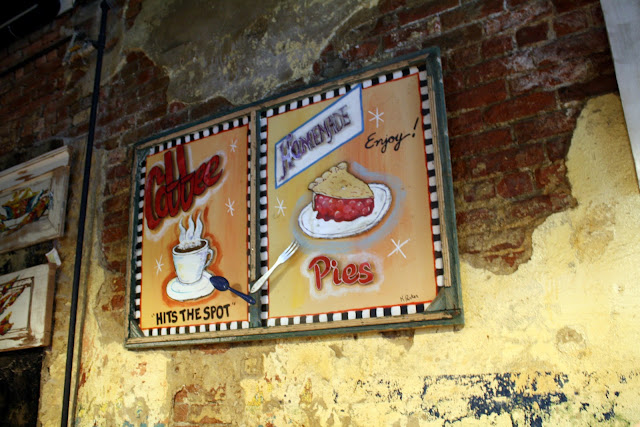 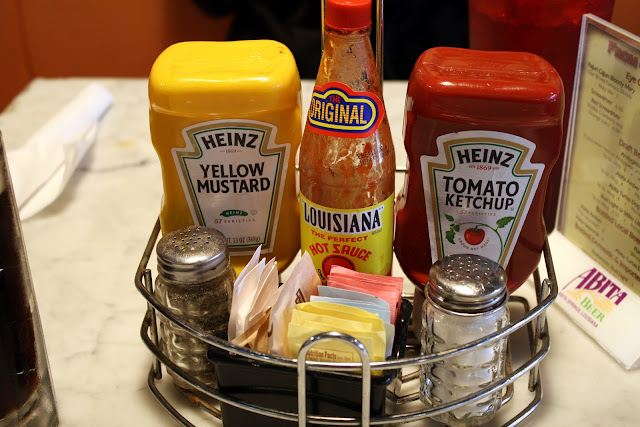 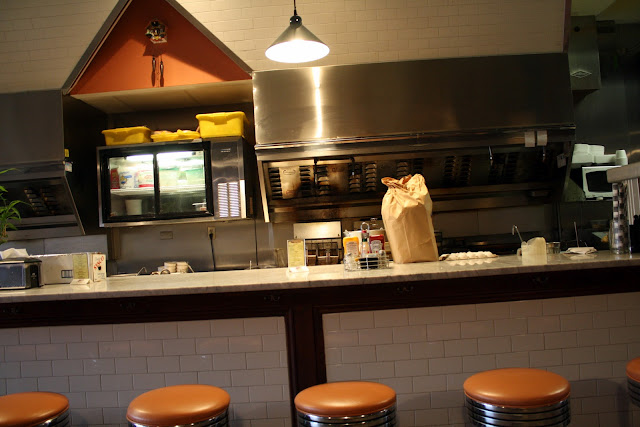 It was cute inside and not at all crowded. Our server was quite friendly. I'd never been here, never heard of it, but felt like I'd been here many times. 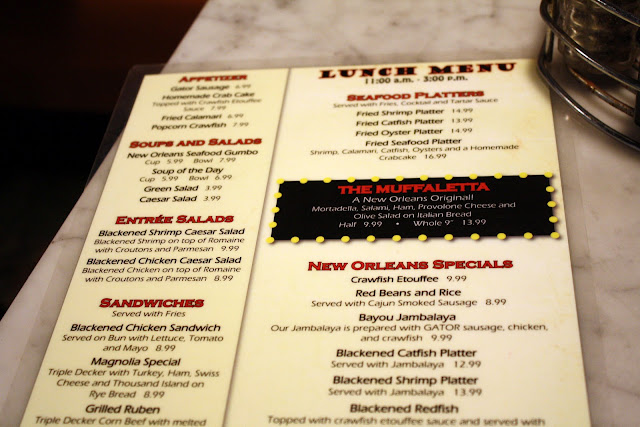 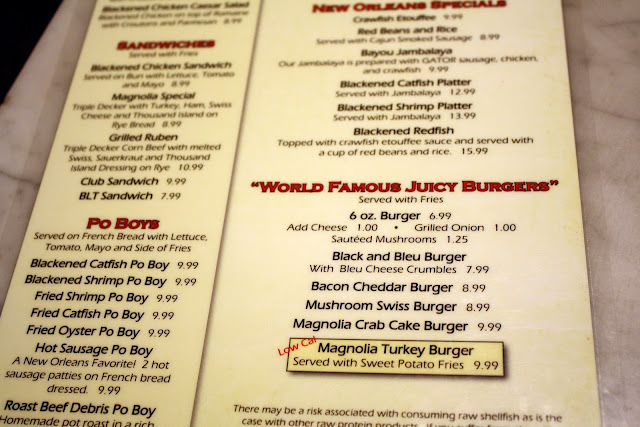 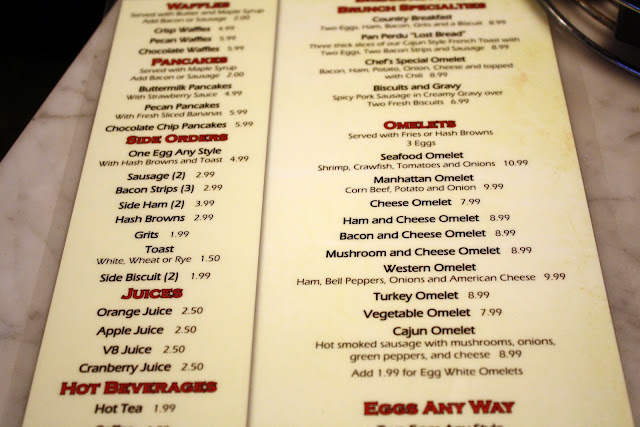 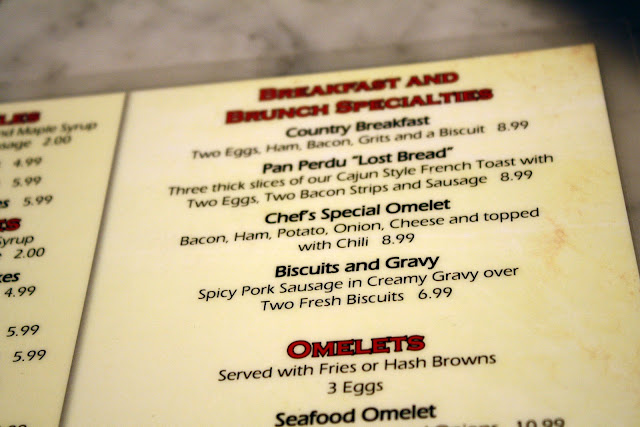 Several things on the lunch menu looked good but it was only a few minutes after 11 and I was thinking breakfast, which they serve all day. 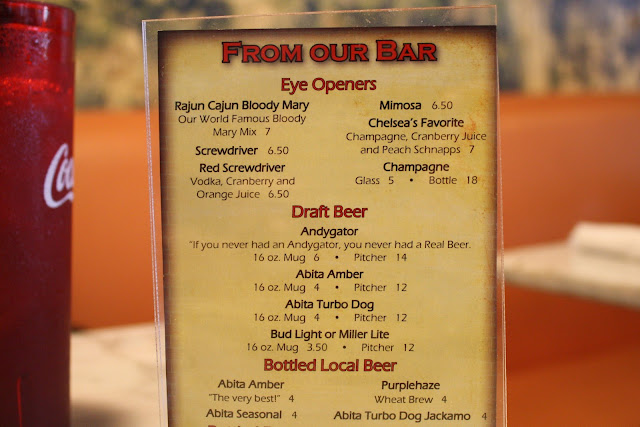 Yeah, like I'm really gonna have a beer with breakfast. 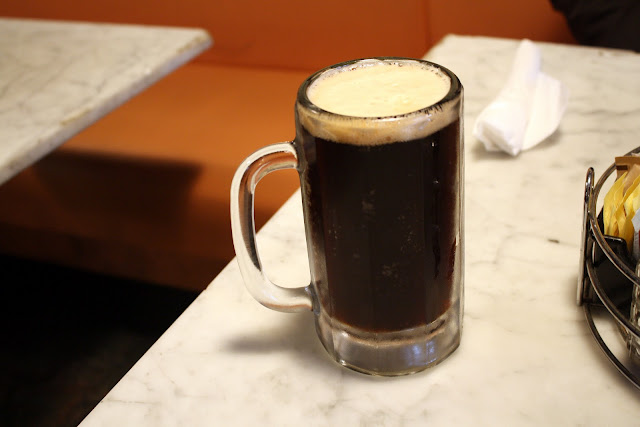 Well... it is The City That Care Forgot. I had myself a Turbodog. 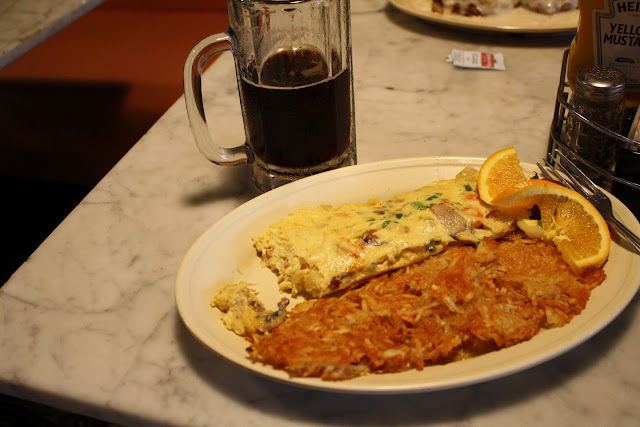 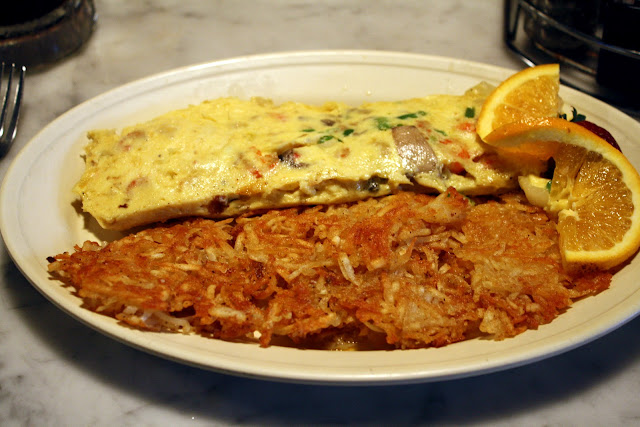 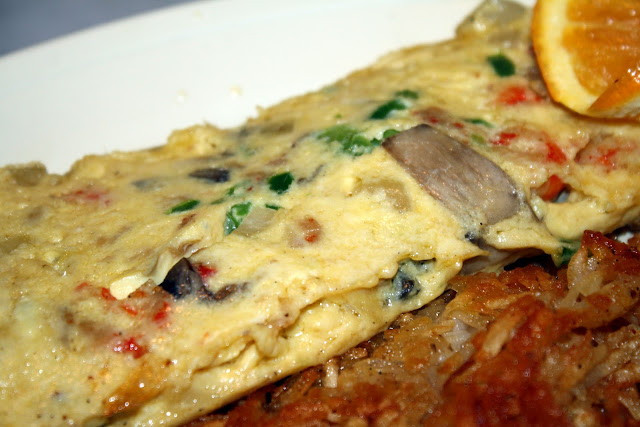 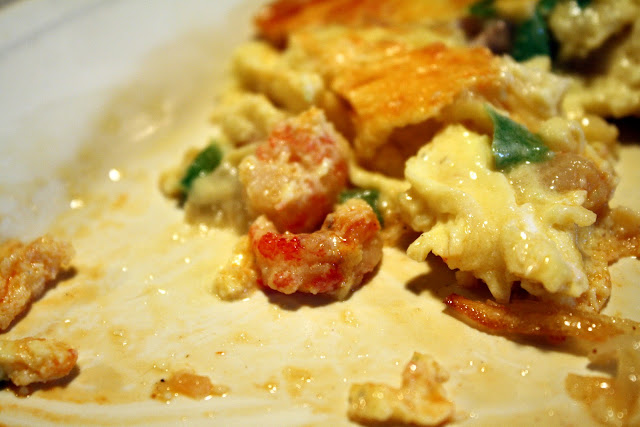 I really liked the crawfish omelet, full of the mudbugs, peppers, onions and mushrooms. The hash browns were as crispy as any I have ever had, almost burnt; some people don't like them that way, but that's just fine with me. I added a couple of dashes of hot sauce out of habit, but it wasn't necessary. 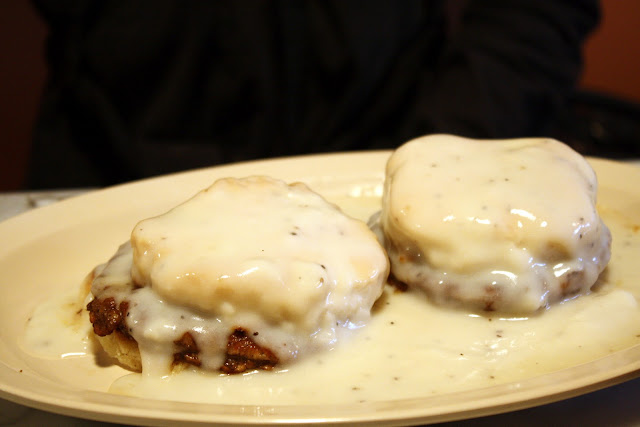 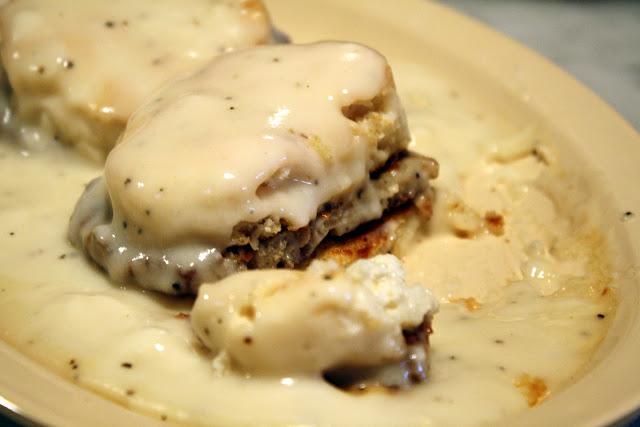 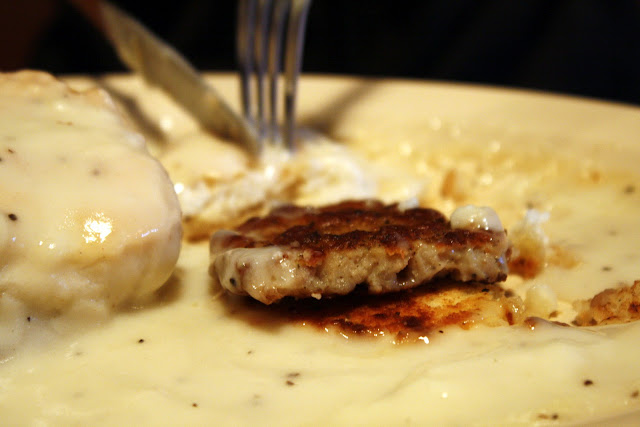 Elizabeth had the biscuits & gravy: pork sausage, flaky biscuits, and a creamy, peppery gravy. Not surprisingly, she couldn't finish the plate. I was pretty full myself but they looked and smelled so good I had to try a couple of bites. It was really tasty.

There was nothing spectacular about this meal - it's certainly not in the top half of meals I have had in New Orleans - but it was still enjoyable. As I mentioned, the service was really friendly and the prices were reasonable. It hit the spot for what we needed.
Posted by JustinM at 10:25 AM

Those hash browns look perfect to me.

I am proud of the both of you! 1. I am proud of you for drinking a dark beer with your breakfast, it is pretty much like coffee right? 2. I am proud of Elizabeth because she ordered the biscuits & Gravy with sausage - Yes, get it girl! I love it when a gal eats like a man!!

Hey, there really is an Algiers across the water there – I just had to look that up. Love those first two sentences – put them in your book.

How could you not love biscuits and sausage covered in gravy? These were delicious. However, Justin's omelet was better. I didn't want to order the same thing though, makes for boring pictures!