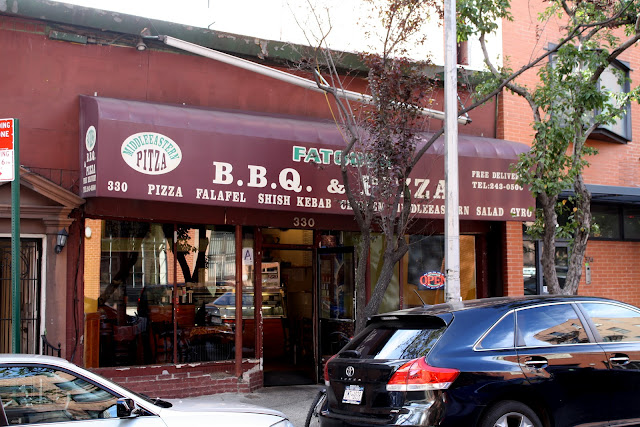 I've walked by Fatoosh quite a few times over the last few months. Sometimes the smells coming from inside are outstanding, and there always seems to be a good amount of customers, so I figured it couldn't be too bad. (Most restaurants in Brooklyn Heights are quite boring by New York City standards, but with only two exceptions so far, I don't think any of them are "bad.")

The other day I was hungry in the afternoon and happened to be right by Fatoosh. I decided to stop in. Their banner reads "Middle Eastern Pitza," which I assumed would be like a pizza on pita bread. (You can probably already guess what's coming: never make assumptions, they're always wrong.)

"I would like a pitza," I said to the guy behind the counter. "I feel like bell pepper and garlic, but also one other item. What do you think it should be? Sausage? Chicken?"

"I dunno," he mumbled. "Get whatever you want."

I've only been in Brooklyn five months, but that's more than enough time to not be surprised by responses like this. 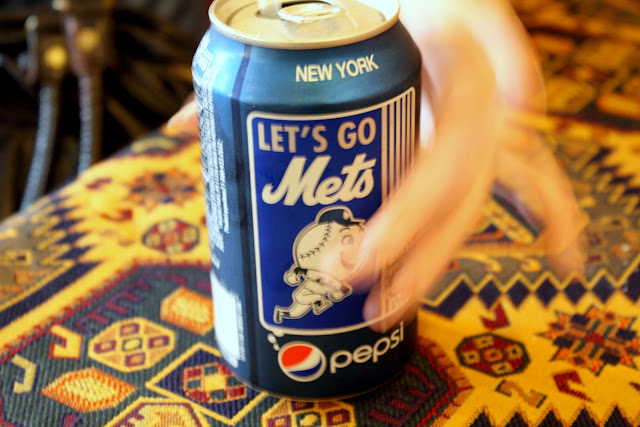 We took a seat and drank sodas. "You love the Mets," I said to Elizabeth, pointing to her can. This always makes her angry.

After only sitting down for about 60 seconds, both of our eyes starting burning. The place filled up with the smell of onions. I wondered if perhaps the workers there were immune, so I turned to look at them. The guy behind the counter was rubbing his eyes with his shirt.

"My fucking eyes are killing me," he yelled to anyone who was listening.

Thankfully someone opened the door and after a few minutes the problem went away. 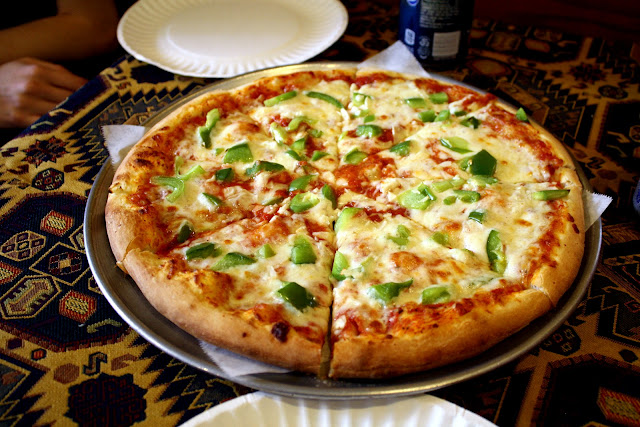 After about fifteen minutes our pizza arrived: it was just a regular-crust pizza. Oh well. Fortunately pizza is one of my favorite things in the world to eat. 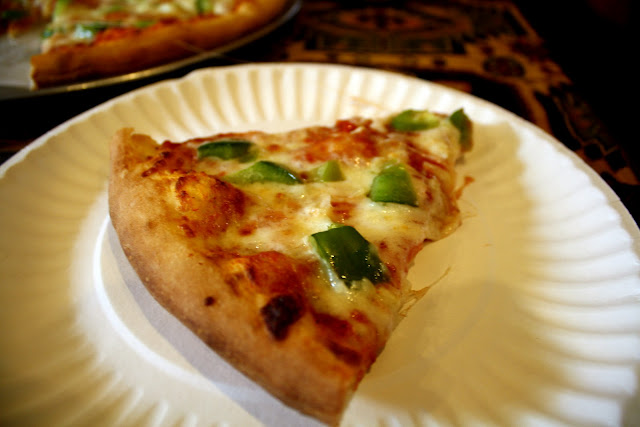 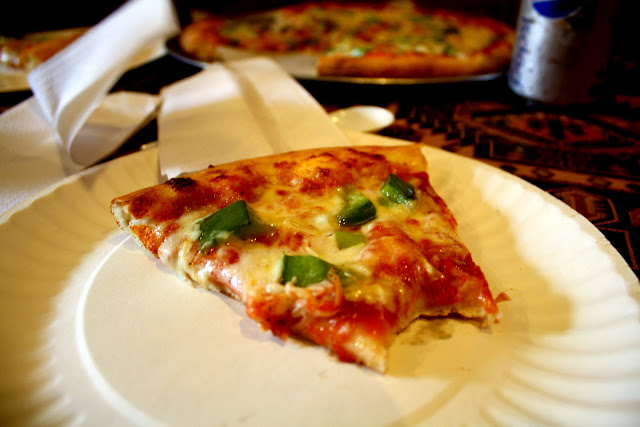 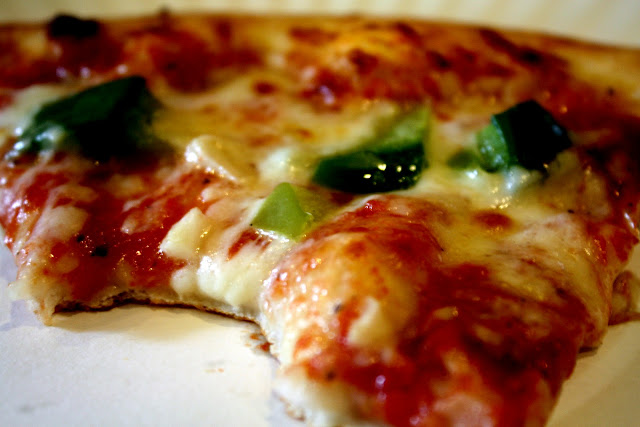 Like all pizzas I have had in my life (except one) this was good. It certainly wasn't great - the dough was a little thicker than I like and the sauce was bland - but the bell peppers were fresh and the garlic was plentiful. In a place with only one or two pizza options, I could see myself ordering one of these from time to time. But in a place with dozens of pizza options within a few blocks, there is no way I will ever order one of these again.

But others tables around us had Middle Eastern foods and they looked damn good. I will probably return to Fatoosh and try a gyro or a kebab in the near future; if I had known that their pizza was just going to be regular pizza, that's what I would have ordered in the first place.
Posted by JustinM at 10:40 AM

I liked the pizza. But man, I thought I was going to have to leave my eyes burned that much.