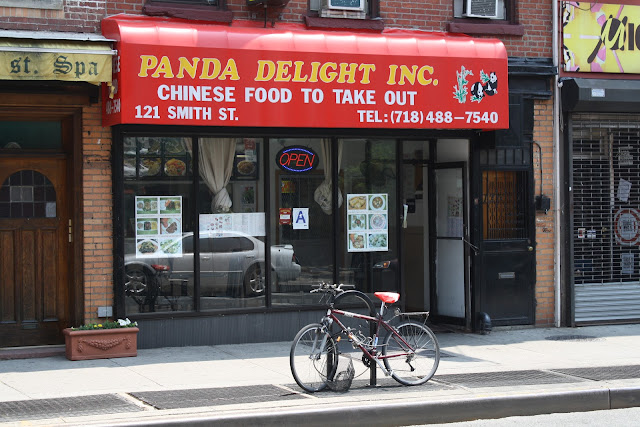 I've been pretty happy with Fortune House lately, and extremely happy with their prices, so I haven't been straying too much when I've been in the mood for Chinese food. Sure, every once in a while I see a place like New China Star, offering Chinese and Mexican, and I have to try it. But that's more of a gimmick, a curiosity on my part to see exactly how bad it's going to be. (And I won't lie to you: When I see a place like that, a large part of me thinks Hey, this could be a good blog post.)

But for the most part I am disappointed by the Chinese take-out joints I try. Still, I'd passed by Panda Delight quite a few times over the last few months - it's just up the street from Paisanos - and eventually I figured I needed to give it a try. 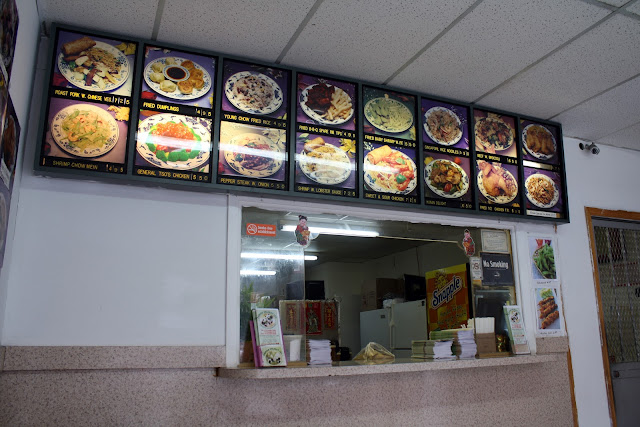 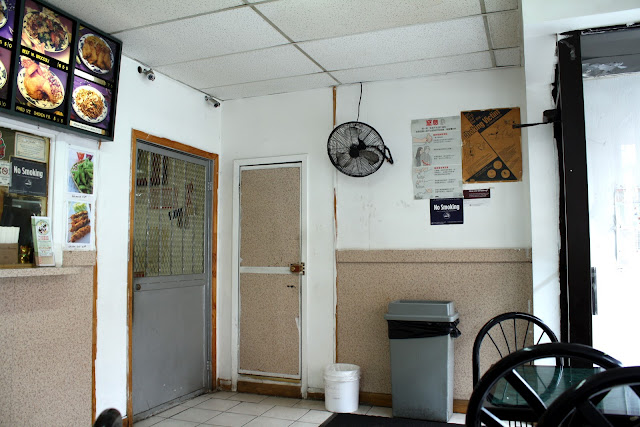 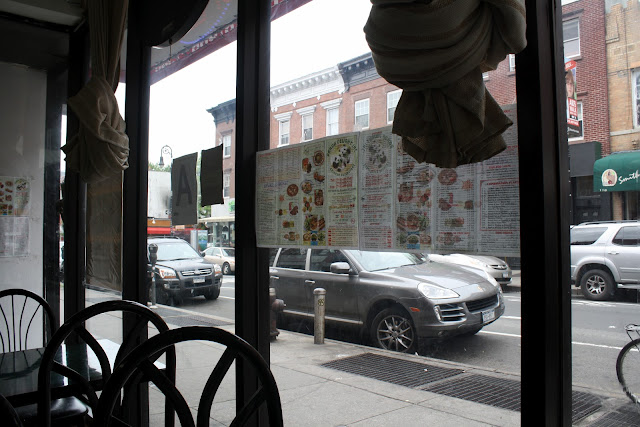 The interior was indistinguishable from scores of similar Chinese restaurants I have visited in my life. Literally every detail about the place was familiar: the windex smell of the tables, the full-color photographs on the menu boards, the cheap lunch specials, the constant stream of folks coming by on their lunch break, the yelling back and forth between the cooks in the kitchen.

I ordered a General Tso's chicken lunch special, selecting soup instead of soda. (I also opted to buy a can of soda as well, which confused the guy to no end.) I sat down to further study the menu. 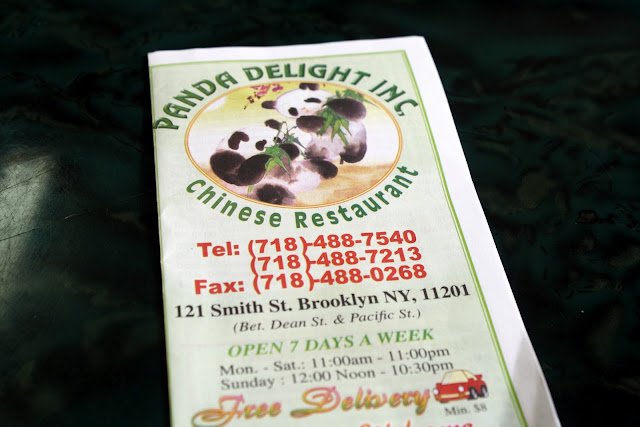 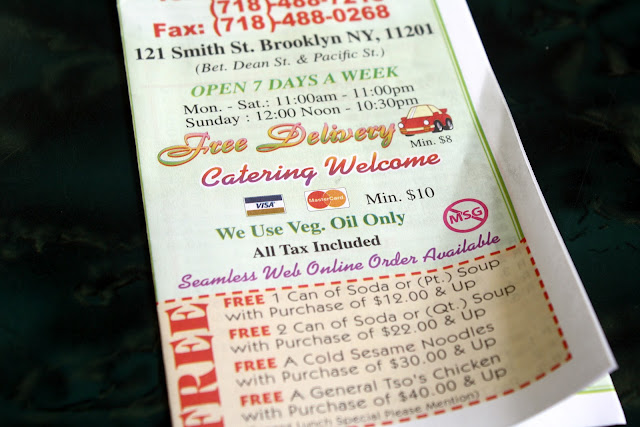 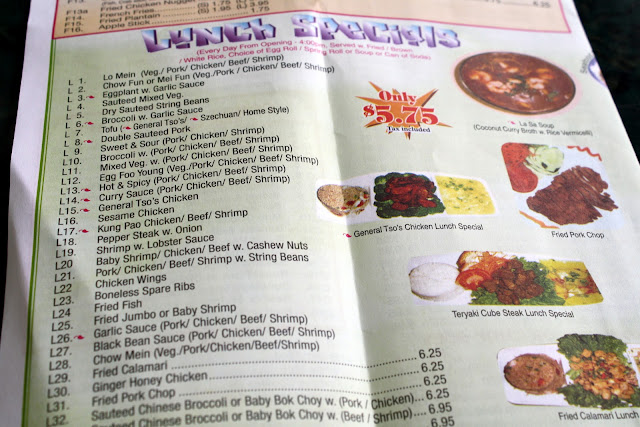 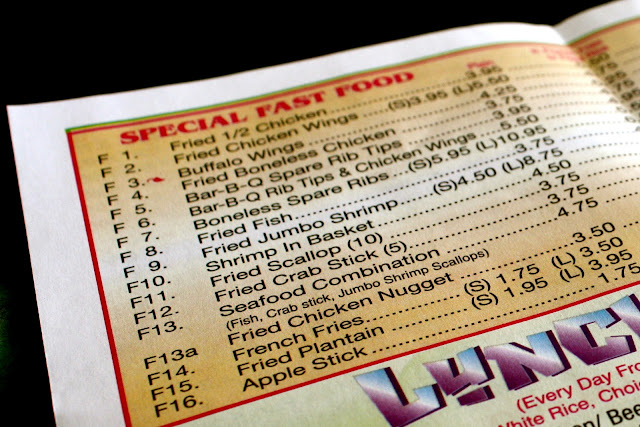 Pretty much every Chinese take-out restaurant I have visited in Brooklyn in the last five months contains at least one or two items in the menu that makes me scratch my head and say out loud "What the hell is that?"

You can probably guess which one it was here. (But in case you can't, I'll tell you: the last one. Is that an actual candy apple? I honestly have no idea.) 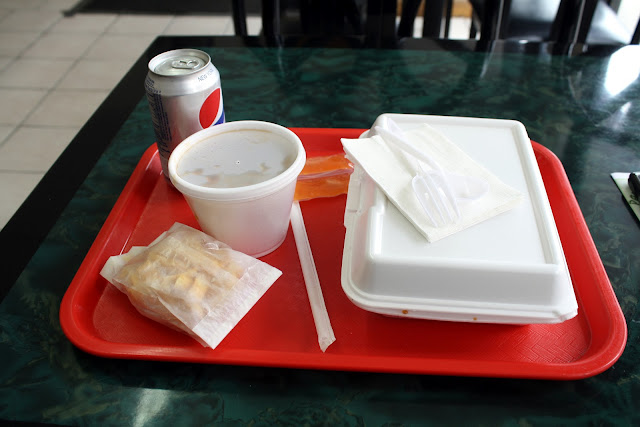 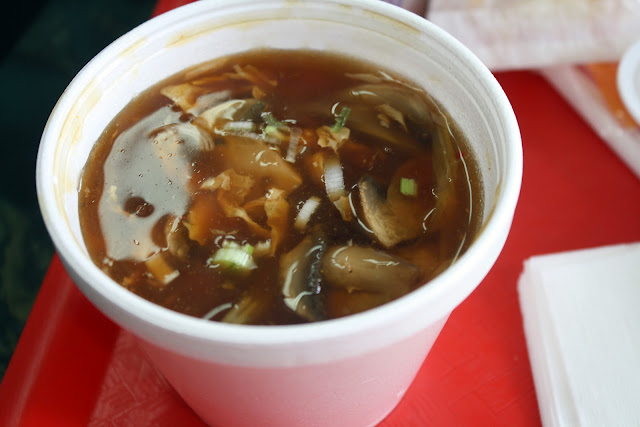 The soup was not very good. It had obviously been made (at least) a day earlier. It wasn't very warm and just tasted bland. 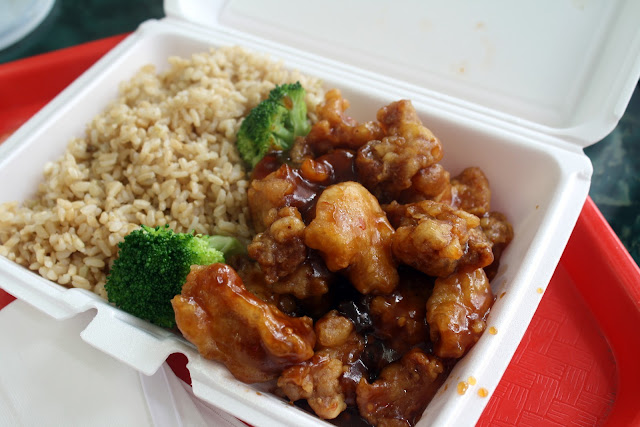 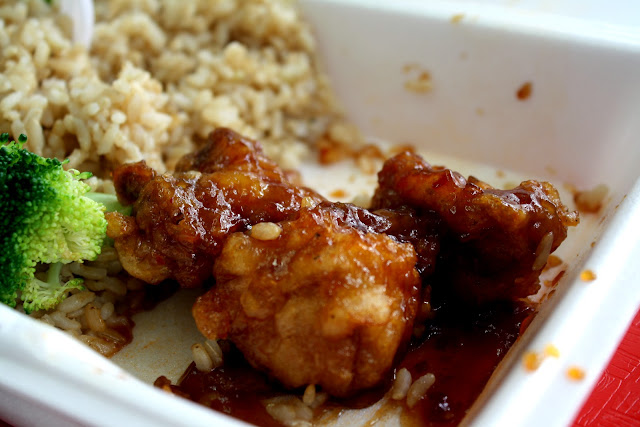 The General Tso's chicken was not bad, but it wasn't very good either. It was hot and crunchy, but the sauce was only sweet, with no spice to it. (Fortune House is the only place around whose General Tso's sauce actually has a hint of spiciness, so that ends up being the standard against which all others are judged.) Panda Delight wasn't terrible. It's a step up from Chung Hing or China Star... but only a very small step. There are better places closer by, so I don't see any reason I will ever eat there again.
Posted by JustinM at 11:15 AM

And all your pics make me miss Brooklyn.