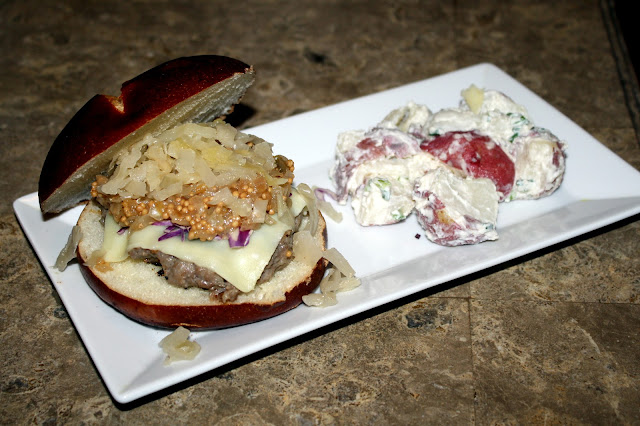 I was all set to give you a Trader Joe's post today and I had one last item I was going to consume for dinner last night, but then Elizabeth announced that she was going to go to dinner with a couple of her clients, and my mindset changed. Such evenings are good opportunities for me to make dishes that, well, can get a little carried away. (My Onion-tended Consequences Burger is a good example.)

And this was definitely going to be a meal I made at home, because I have been looking forward to this day for several weeks. Two years ago - actually, tomorrow will be two years ago to the day - I wrote about my anticipation for Ken Burns's Baseball, calling it the TV show I have most anticipated in my life. And that is still the case. However, over the last few months, a new show has made it firmly into the #2 slot: Last Resort.

Created by Shawn Ryan - creator of The Shield, my favorite show of all time - and starring Andre Braugher, one of my three favorite television actors ever (I don't believe I have ever enjoyed a character more than Frank Pembleton), I was hooked even before I heard the plot. (Which also sounded great.)

A few weeks back I saw an ad for Red Robin's "Oktoberfest" burger. Parts of it intrigued me: beer mustard onions and a pretzel bun. But parts of it did not sounds good: beef patty and ham? I decided to make my own burger.

Here are the items we'll be using this evening: 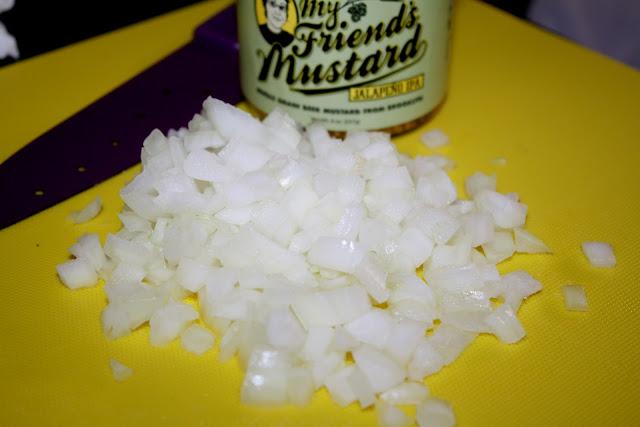 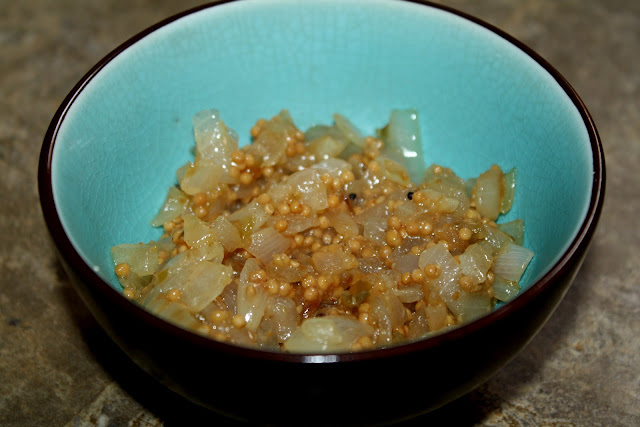 I wanted some German mustard so I went to a few stores. (Remember what I said about getting carried away?) I could not find any. So I decided to use the "My Friend's Mustard" IPA mustard. I diced up a Vidalia onion, sauteed it for fifteen minutes, then added a spoonful or two of the mustard. 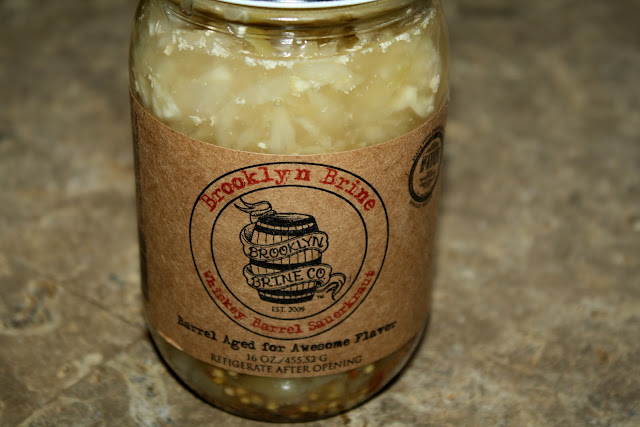 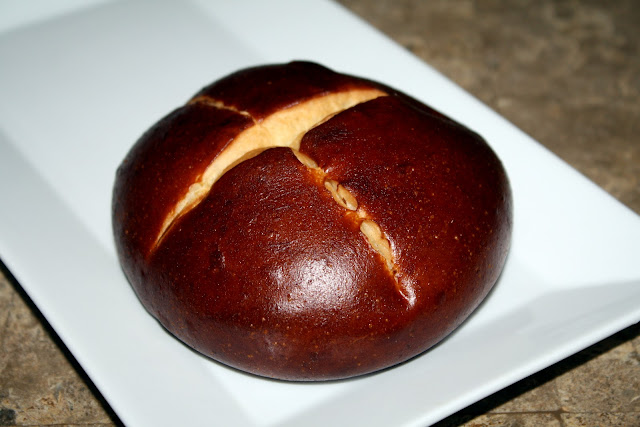 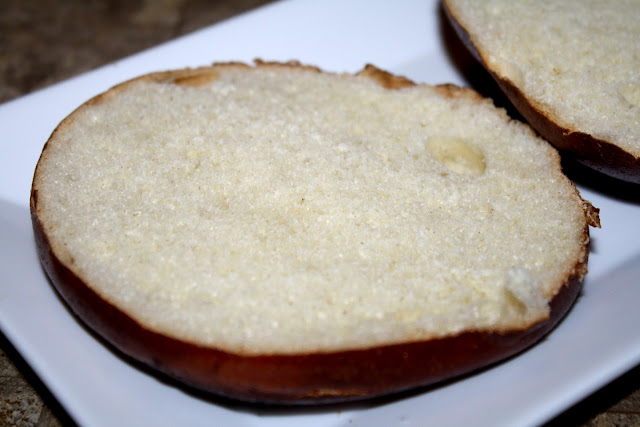 At the bakery I bought a pretzel bun, still warm. 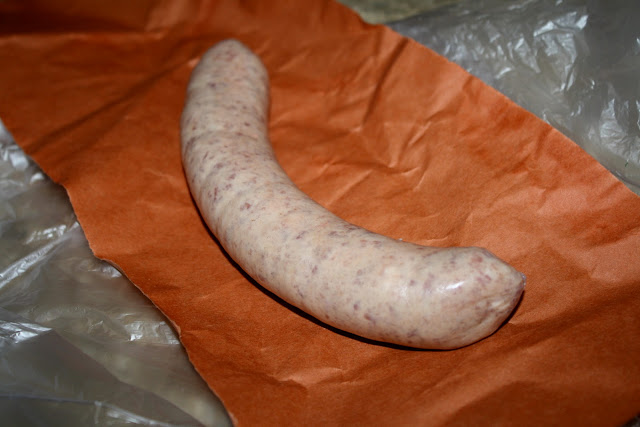 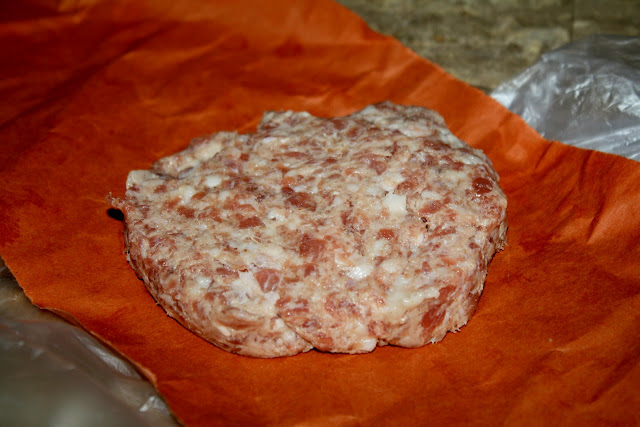 At Paisanos I purchased a bratwurst, which I removed from the casing and, using my burger press, formed it into a patty. 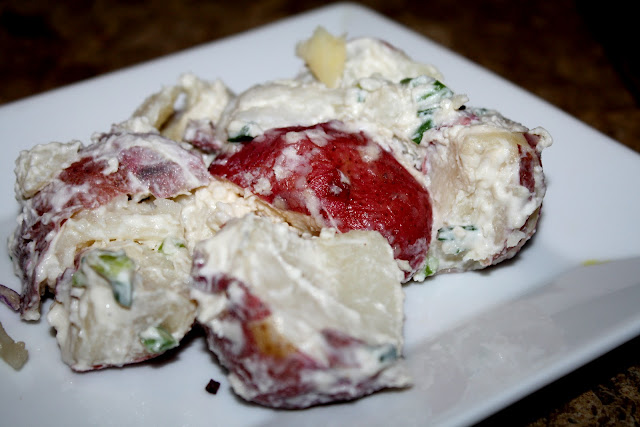 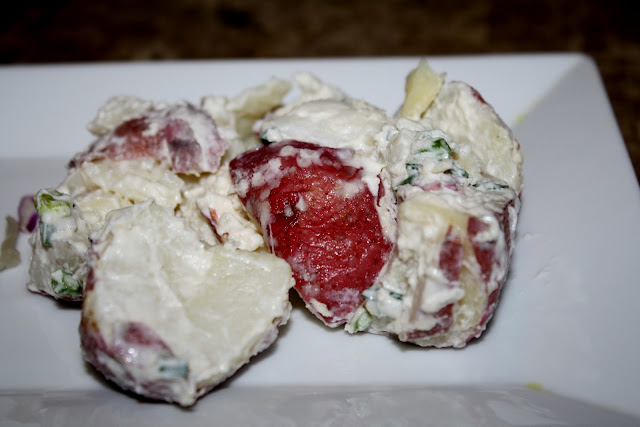 At a local market I spied a roasted red potato salad, made with goat cheese and herbs. 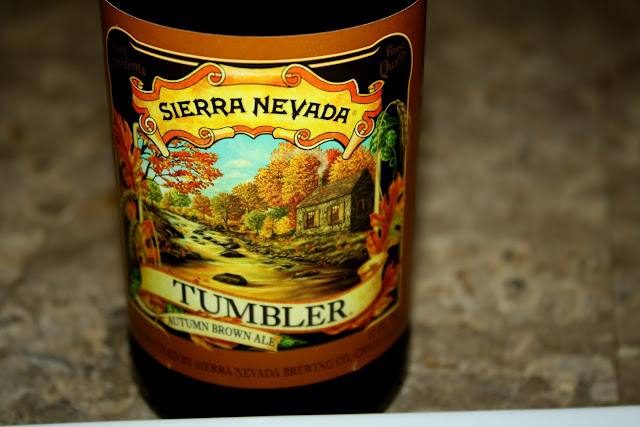 And, because I needed something to drink to accompany this burger, I picked up a bottle of Sierra Nevada's Tumbler. From their website: "As the nights grow cool, the leaves on the valley oaks begin to turn and fall. In honor of this yearly dance, we bring you Tumbler Autumn Brown Ale and invite you to enjoy the show."

The ale is brewed with several kinds of malt and is an outstanding example of brown ale. It tastes of roasted coffee and, to me, caramel toffee. It's not a strong flavor but it's perfect for an early-autumn evening. 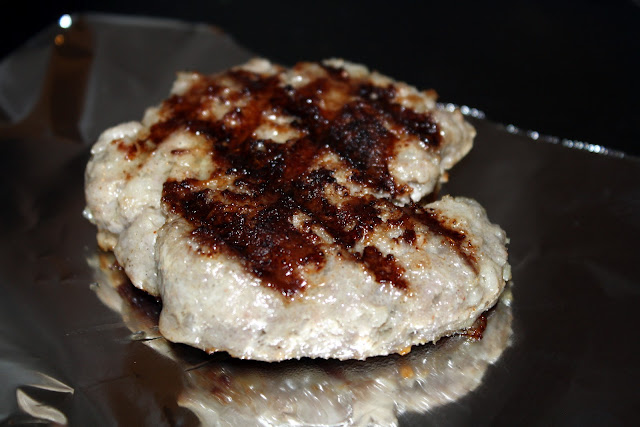 I grilled the patty for a few minutes, placed a slice of Swiss cheese on top, and covered it loosely with foil. 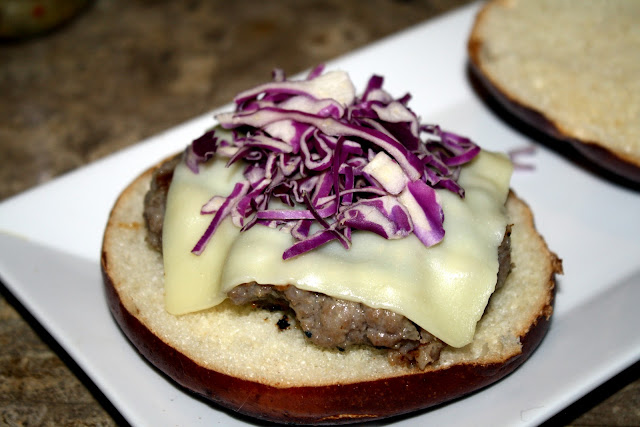 After placing it on the roll, I added a few shreds of red cabbage. I'd considered making a red cabbage slaw, but with the soft onions and kraut, I figured some crunch from the cabbage would be welcome. 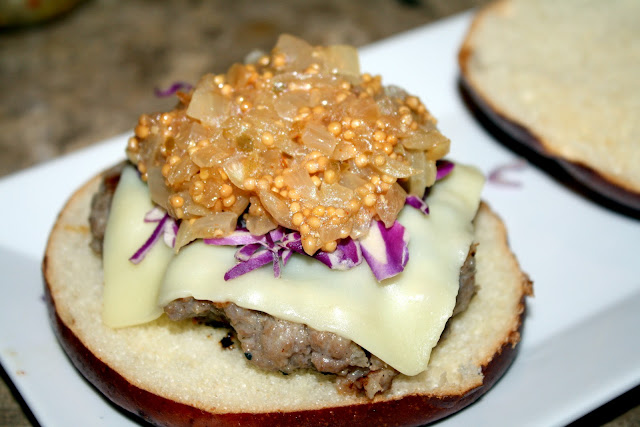 Next came the sauteed onions with the whole mustard seeds. 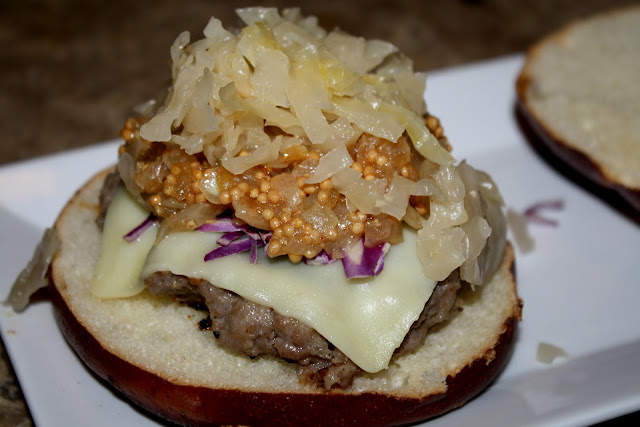 And then the sauerkraut. 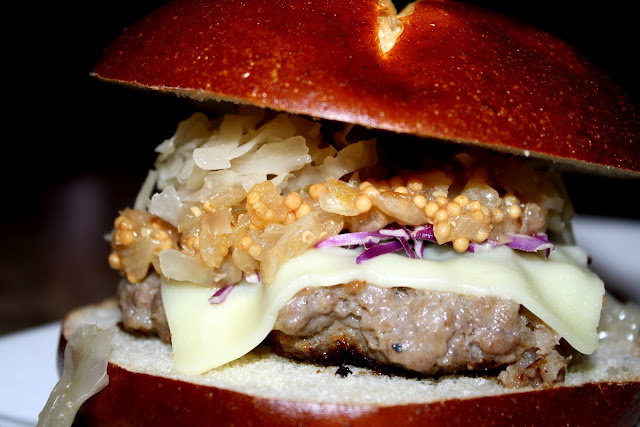 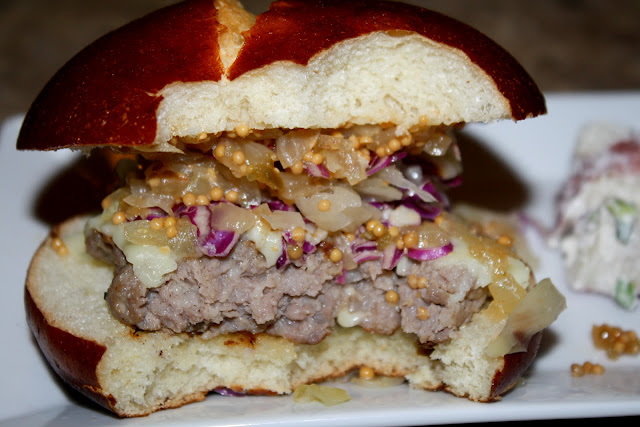 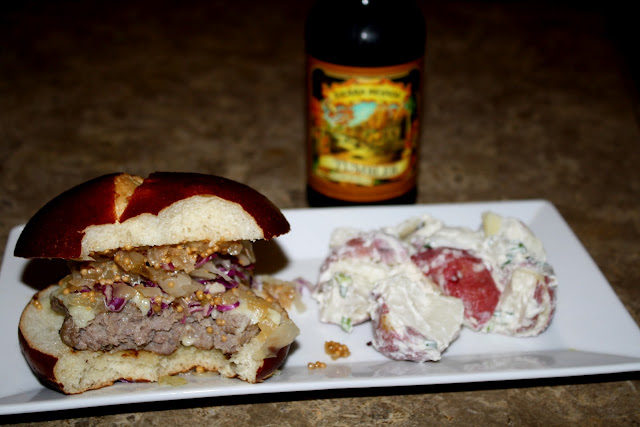 Yeah, it was pretty damn good. I could go into more detail and throw around adjectives, but I'm not going to. It was awesome, let's just leave it at that.

Have a great weekend. One day next week I'll put up the Trader Joe's post.
Posted by JustinM at 9:30 AM

That looks AMAZING. Poor Elizabeth leaves for the night and create a masterpiece? Incredible.

That'll teach her not be be subservient! (Just kidding, she came home raving about the Italian restaurant she went to in Manhattan.)

I love the Trader Joes posts. But dam dood, it can wait. Amazing burger.

Looks like a pretzel roll that size needs TWO bratwursts formed into one big patty! Looks awesome though. Don't even know where I'd get a pretzel bun here in NJ... :(

Bobby, I'll let you in on a secret: I'd planned to make sliders, but the place I went for the pretzel slider buns was sold out, so I decided to just make a burger. If I'd known I was going to be doing this, I would have used 1.5 brats.

I am a big fan of Tumbler... I need to stock up before they take it off the shelves!