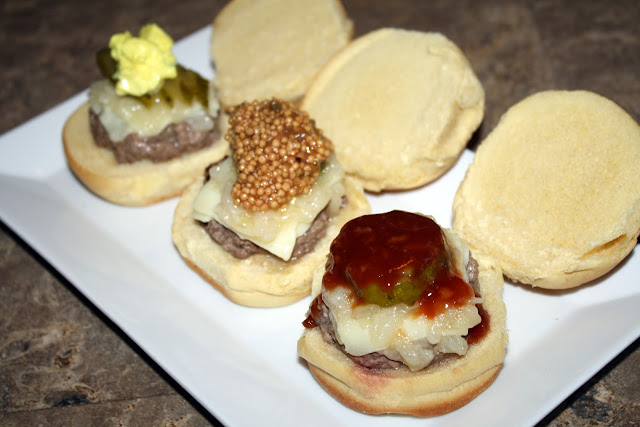 The first NFL game of the season was last night, which seemed like a great time to bust out some more football eats. (I enjoy watching NFL games, although I don't have a favorite team and I definitely prefer the college game.) I was in the mood for sliders, so I decided to make three and top each with a different made-in-Brooklyn condiment. 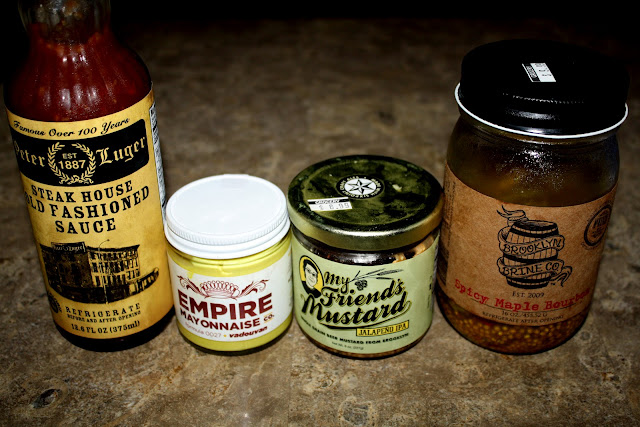 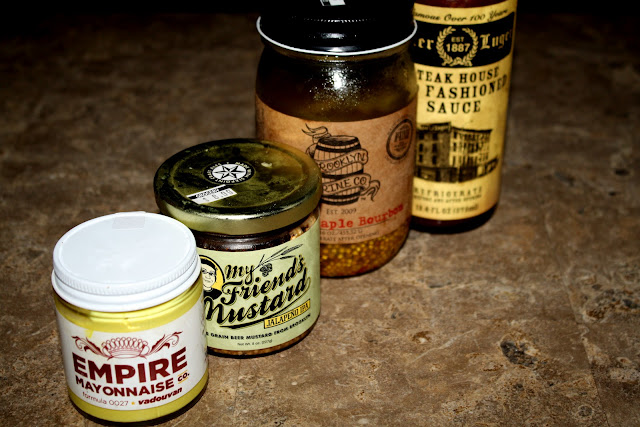 All of the sliders would receive a piece of Brooklyn Brine Co.'s "Spicy Maple Bourbon" pickles, and then I I would try Empire Mayonnaise Co.'s Vadouvan mayo, My Friend's Mustard's "Jalapeno IPA" mustard, and Peter Luger's steak sauce. 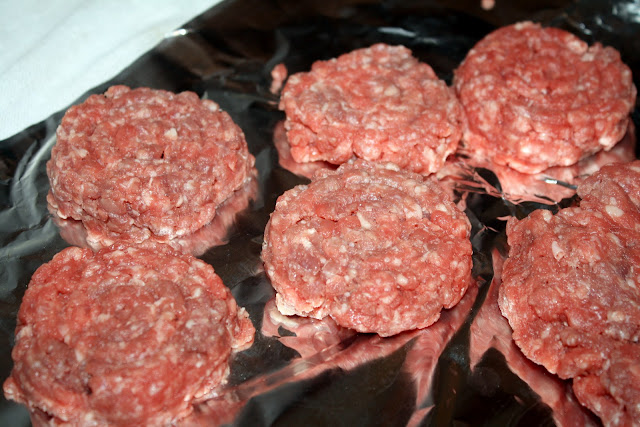 It was a muggy day with sporadic rains, so I didn't feel like walking to my favorite butcher shop to get ground beef. Instead I headed to Heights Prime Meats and picked up a pound of their course-ground beef. I grilled the sliders for a few minutes. 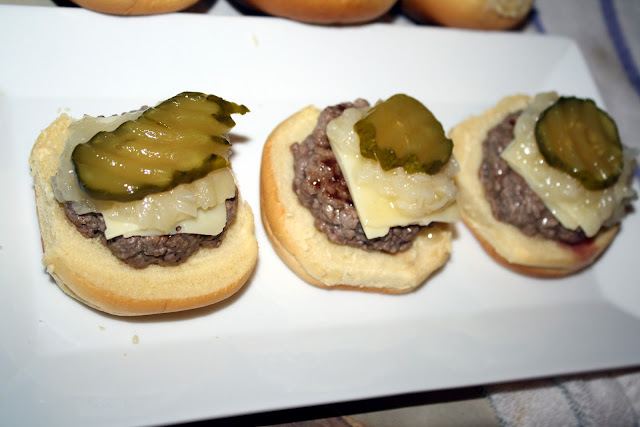 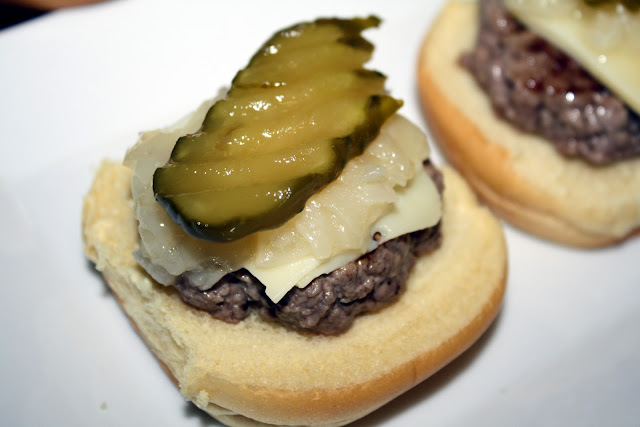 Each patty went on a soft mini bun, with a piece of American cheese, a spoonful of sauteed Vidalia onions, and the aforementioned pickle. 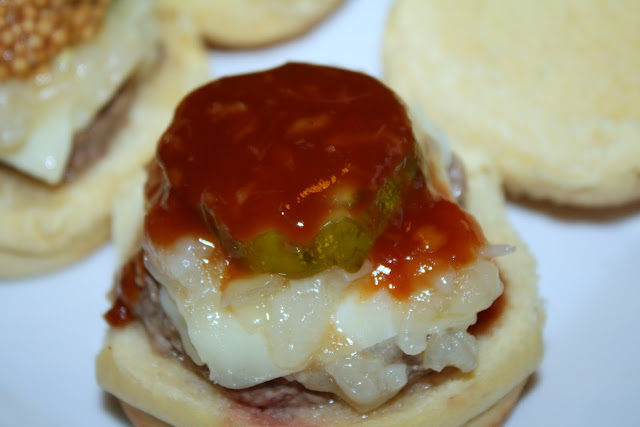 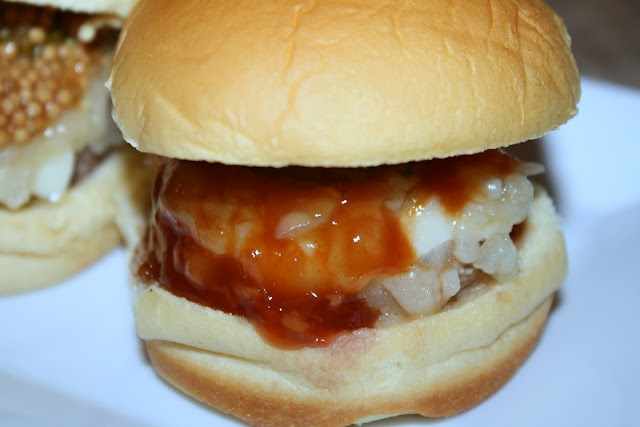 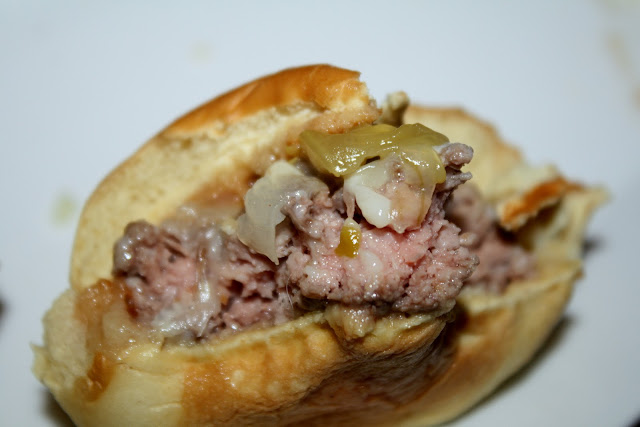 In 2011, my brother wrote up a guest post of everything he ate during a few days in New York. He really enjoyed his dinner at Peter Luger, the famous steakhouse, but he hated their sauce, saying it was just too sweet and not understanding the addition of horseradish. But earlier this year, one of my favorite bloggers called it her favorite steak sauce ever. If those hadn't been such disparate opinions, I probably would not have any interest in trying this sauce. But I had to get my own opinion.

I hated it. Sweet is not my favorite flavor, and this is as sweet as any steak sauce I have ever tasted. It is sweeter than ketchup. Four of the first five ingredients are tomatoes, sugar, high fructose corn syrup, and corn syrup. On a cheap little slider, it's not too offensive, but the idea of paying $90 (the going rate) for a steak-for-two at the restaurant and pouring this stuff on it makes me queasy. 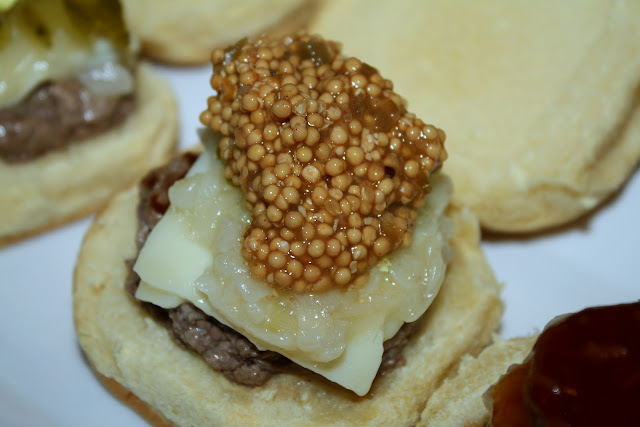 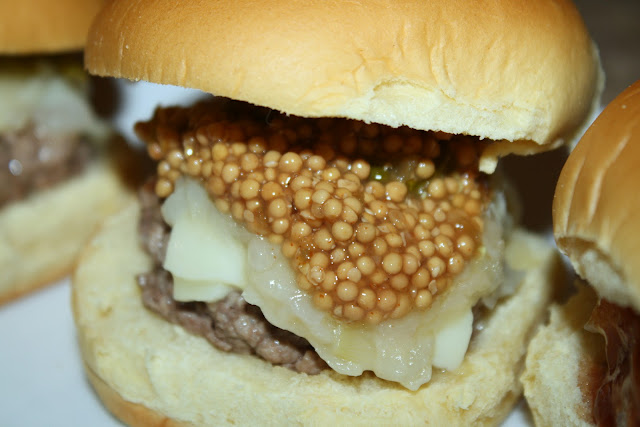 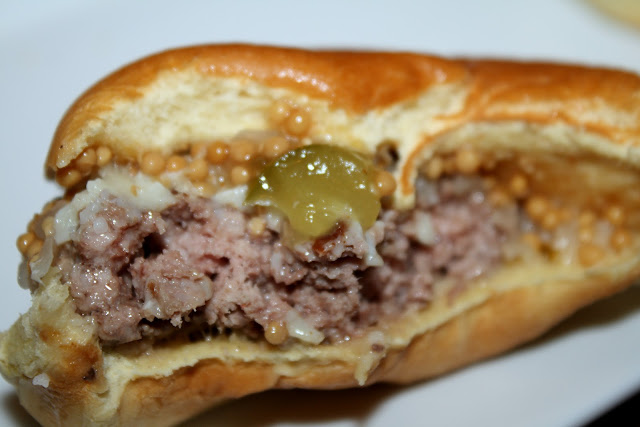 My Friend's Mustard's Jalapeno IPA mustard is made with Sixpoint's Bengali Tiger IPA and pickled jalapenos. Unlike most mustards, the seeds are kept whole. ("It looks really weird," Elizabeth said.) I loved it. The texture of the whole seeds is different, but as long as you can get past that and enjoy the flavor, you will be rewarded. I wish it was a little spicier, but then again I say that about most things. This was easily my favorite of the three sliders. 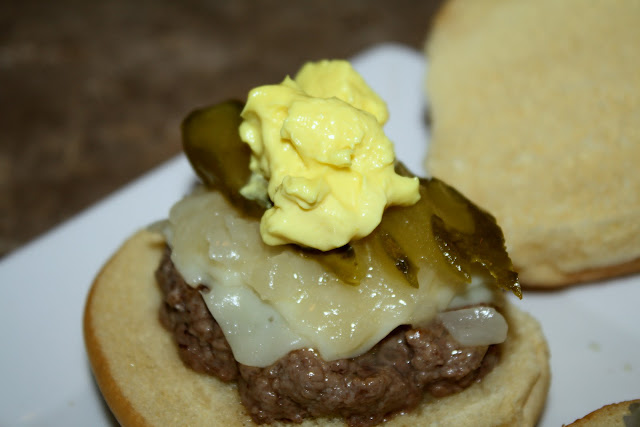 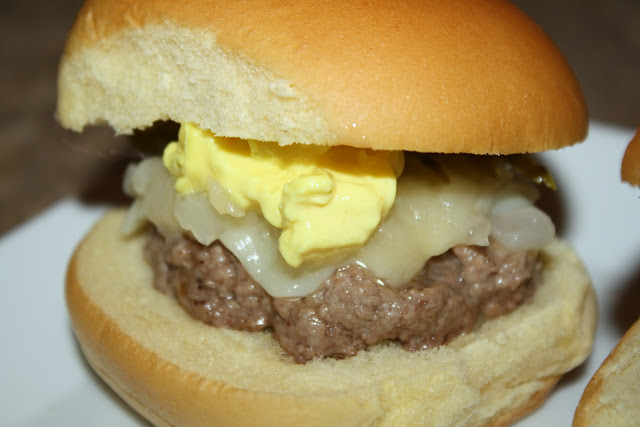 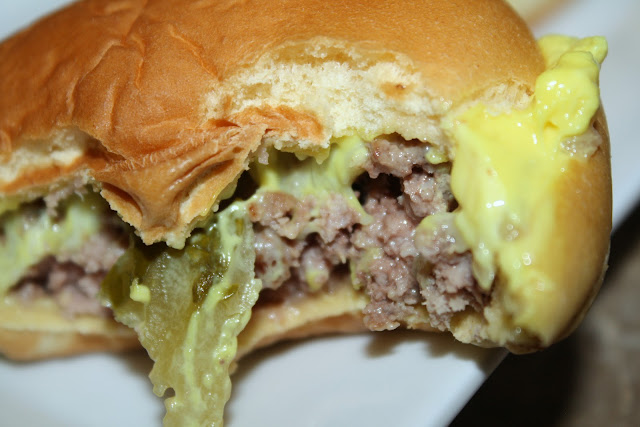 Vadouvan, a French curry blend, went wonderfully with the last thing I used it on: a salami sandwich. The saltiness and slight spiciness of the salami was a beautiful contrast with the sweet, curry-tinged flavors of the mayo. But the mayo fared less well with the slider. It wasn't bad, not at all, but it needed a little something else to play off of. Perhaps another slice of pickle, or maybe a slice of spicy pepper, and the flavor of the Vadouvan would have worked better. I liked it more than the Peter Luger slider, but not nearly as much as the jalapeno-IPA-mustard variety.

This was fun, I think I'll round up some more Brooklyn condiments and do it again one day.
Posted by JustinM at 11:00 AM

Thanks for the review. I have always been interested in trying Empire Mayo Co.

love the texture of mustard with mustard seeds in it

I have never understood people's attraction to Peter Luger sauces - I believe a good steak should stand on its own (particularly a pricey one). If you have to put a sauce on it you may as well be eating a cheap diner piece of grizzle.

Now that mustard has my taste buds working! I am going to have to try some of that. I checked out their website and it is on my list of things to purchase. I have always loved full seed mustards.