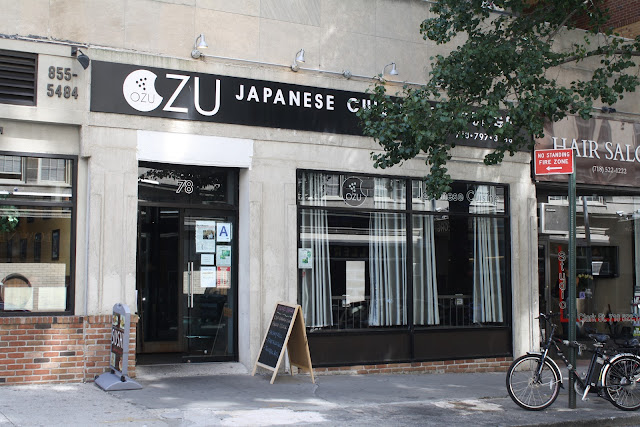 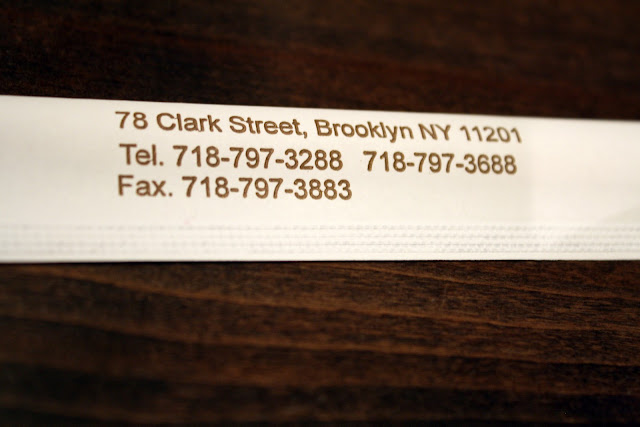 I don't seek out new Japanese restaurants with the same vigor that I do Chinese; when I find a Japanese restaurant I like, I am pretty loyal to it. So, with both Iron Chef House - one of the best Japanese meals I have ever had - and Nanatori close by me, I have not felt any desire to try new places.

But just a block away from Iron Chef House is Ozu, and one evening we decided to give it a try. It was pretty empty inside, but then again it was a Tuesday and after 9 o'clock. (In some - probably most - parts of the city that means nothing, but Brooklyn Heights is a sleepy part of town.) 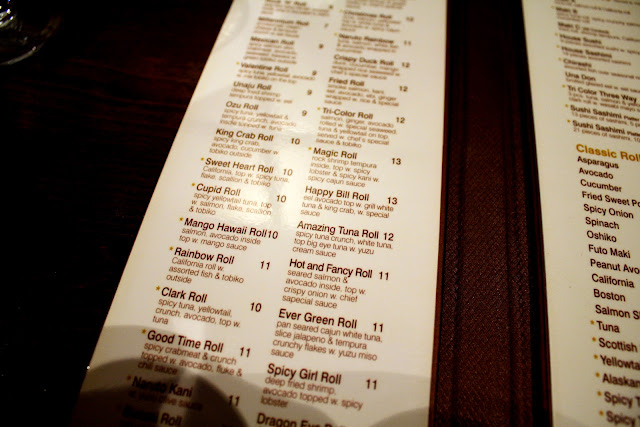 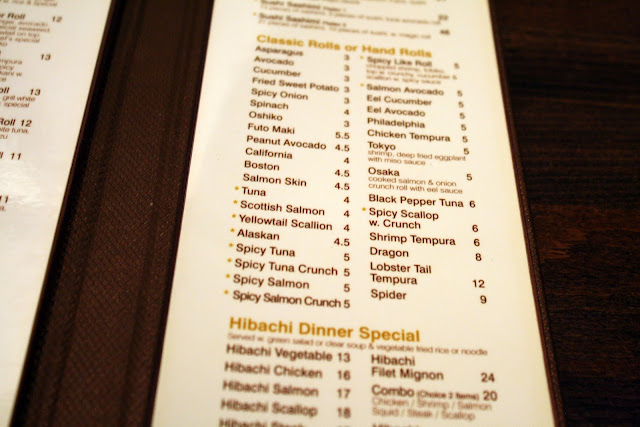 There were plenty of specialty rolls on the menu as well as the usual assortment of appetizers and classic rolls. 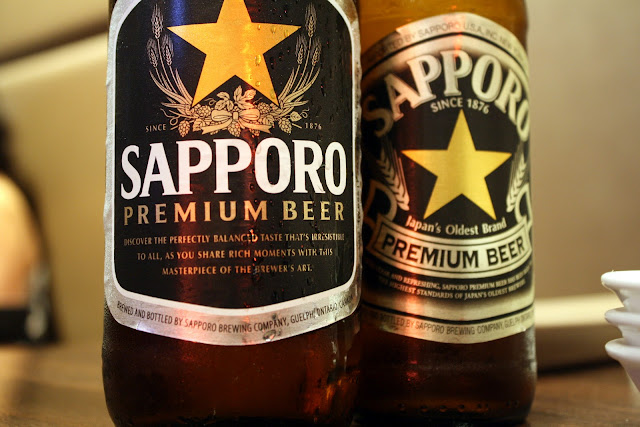 I had a large Sapporo; Elizabeth had a smaller one. 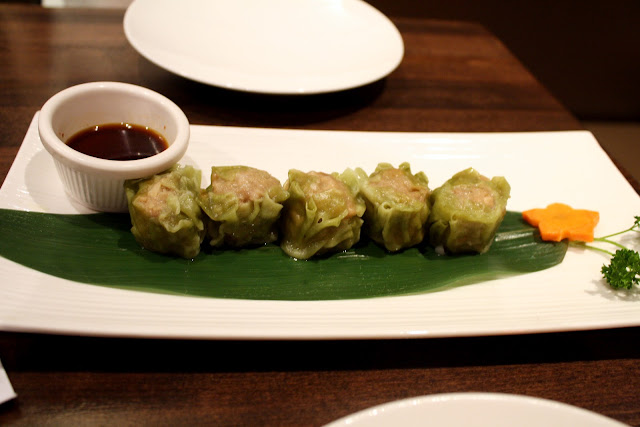 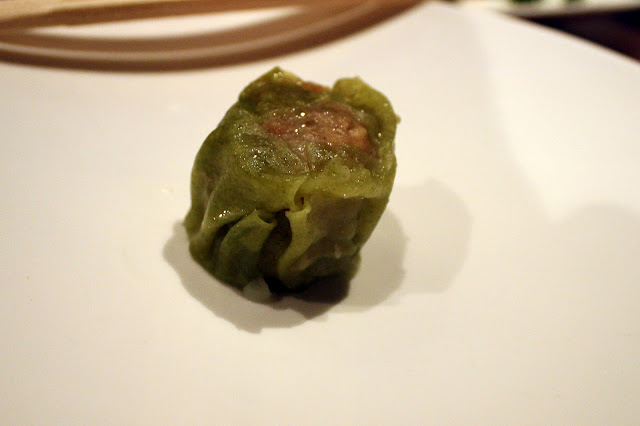 There was no way I could pass up something called wasabi shumai. I've never had anything quite like this before: tucked into the skins of the wontons was plenty of wasabi, the sinus-clearing, eye-watering kind. I loved it. I could have eaten two or three plates of this as my dinner and been just fine. 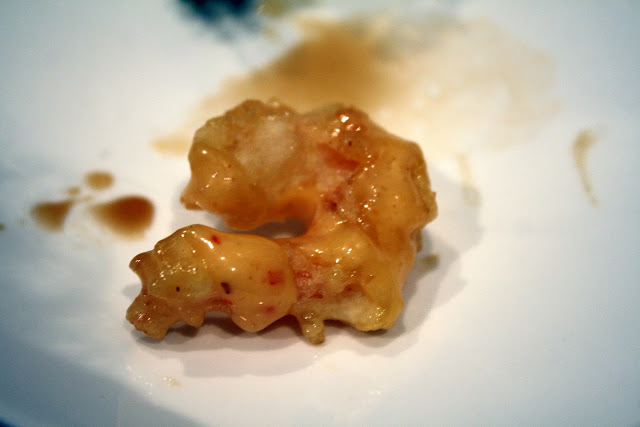 Another item about which there was no doubt I would try was the rock shrimp tempura with spicy yuzu aioli. There are almost no foods I like more than fried shrimp, and rock shrimp is my favorite kind. Yuzu is an Asian citrus, similar to a Mandarin orange.

These were good, but not great. The chef was pretty heavy-handed with the aioli, applying it everywhere. If the shrimp had been left alone, perhaps even with the aioli on the side, they would have fared better. But I had no regrets about ordering this and we finished the plate. 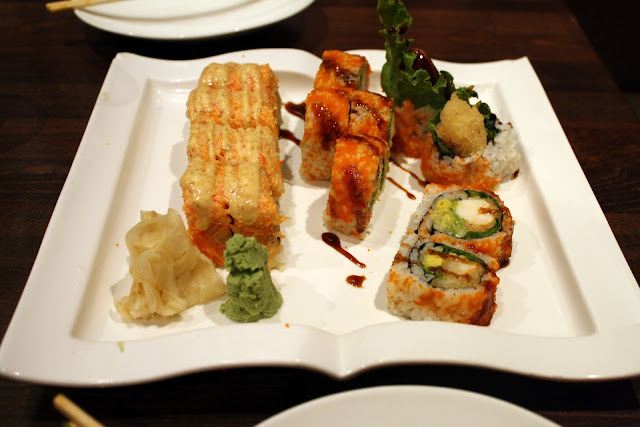 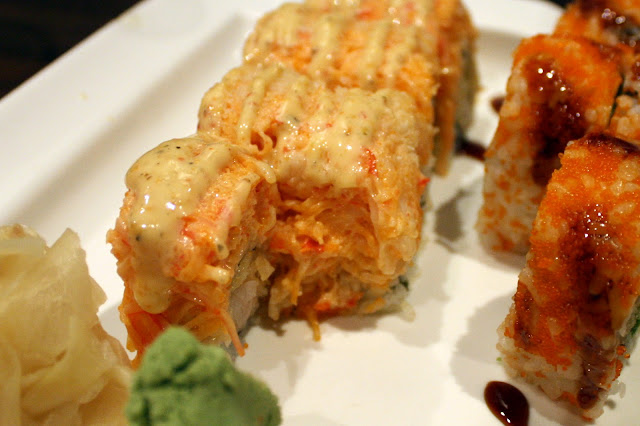 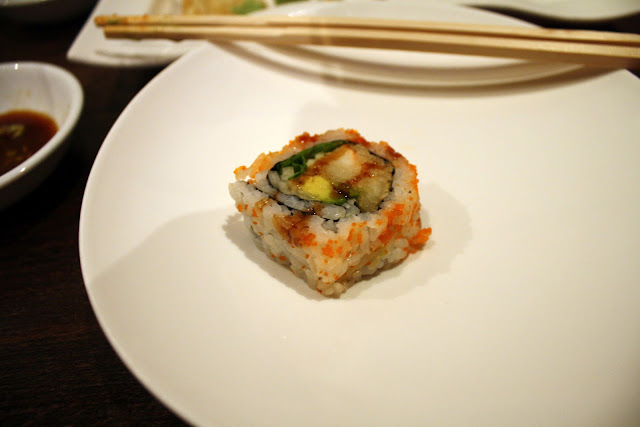 We ordered two rolls: the spicy crab roll and the Spicy Girl (deep fried shrimp and avocado topped with spicy lobster). The former was quite good but the latter was terrible, the kind of soggy, not fresh roll that feels slimy in your mouth and you can barely force yourself to eat the bite you took. When the waitress came to take our plates she asked us how it was and I told her I thought it was terrible, hoping she would remove it from the bill. She did not.

If there were no other Japanese or sushi options in town, I would return to Ozu, but I have plenty of choices. And being that it is one block from one of my favorite Japanese restaurants I have ever been to, there is no chance I will be back.

Damn. Now I must get a spider roll for lunch tomorrow. At least it all looked amazing.