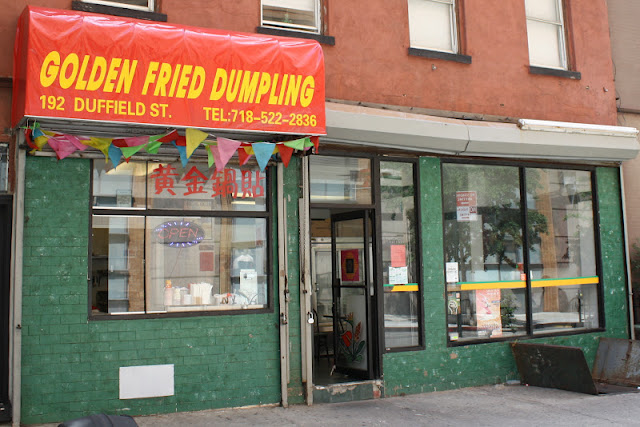 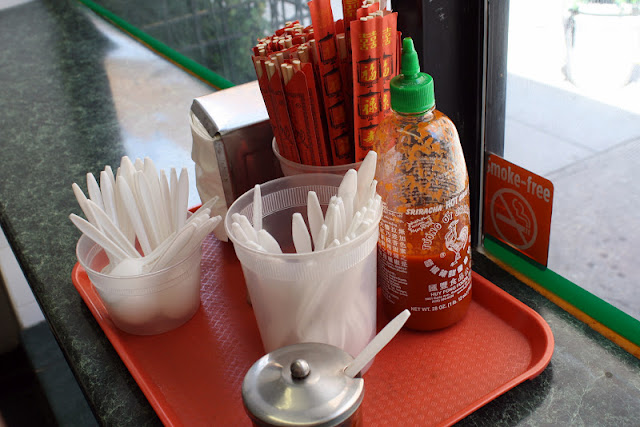 As you can probably tell, I love Chinese restaurants, and it doesn't matter how fancy or authentic they are. New promotions from Panda Express (usually) elicit the same excitement as grand dim sum palaces in the San Gabriel Valley. I love the Szechuan spicy beef at Chang's Garden; I love the hole in the wall Chinese joints that also sell tacos.

So when I passed a small storefront called Golden Fried Dumpling in Downtown Brooklyn and peeked at the menu of impossibly cheap dumplings, buns, and pancakes, my only thought was: I want some. 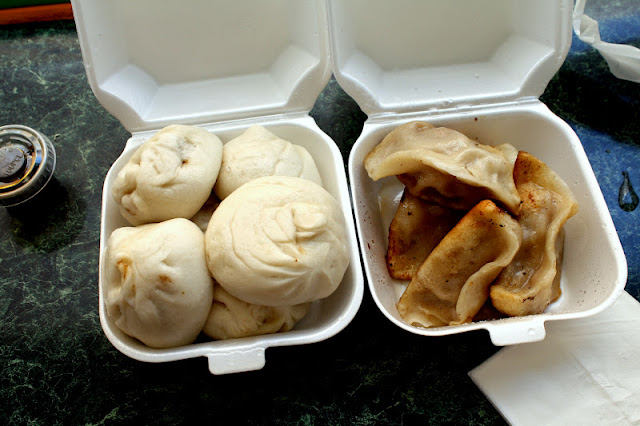 I ordered the chive and pork fried dumplings for one dollar, and the "little juicy buns," 6 for $2.50.

The woman behind the register handed my food to me in less than ten seconds. I'm not exaggerating; there were two containers on the counter next to her and as soon as I paid, she grabbed them and handed them to me. Were they were sitting there before I ordered? The only other possibility is that the person working in the kitchen heard my order and placed the two containers on the counter in less than five seconds. 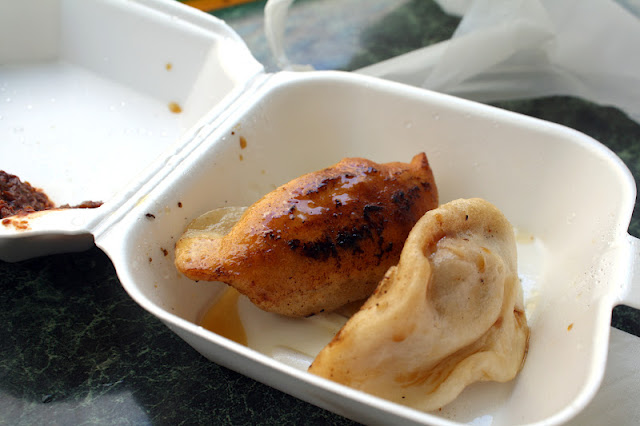 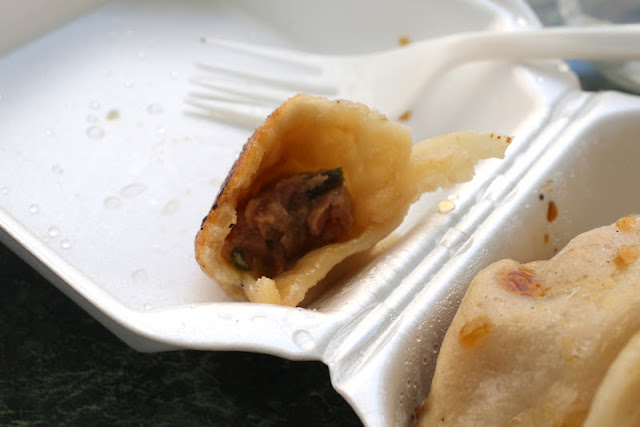 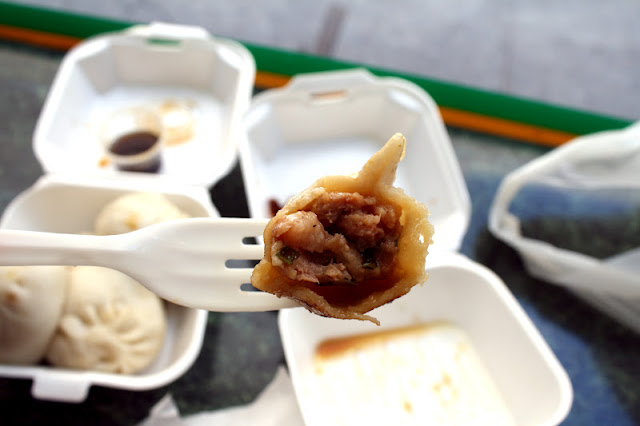 The fried dumplings were very good. Maybe not on par with the great dumplings I have had at places like Luscious Dumpling or the occasional freshly-fried number at Empress Pavilion, but then again those didn't cost a quarter each and they took longer than ten seconds to receive.

These were slightly crispy on the outside and juicy inside, with a delicious dipping sauce. I could have eaten a whole bunch of them, and one day I plan to return and do just that. My only knock on them is that they were cooked a while earlier and thus weren't nearly as good as they would have been if freshly fried. I imagine the reason I received my food so quickly is that lots of the menu items are already cooked and packaged up. 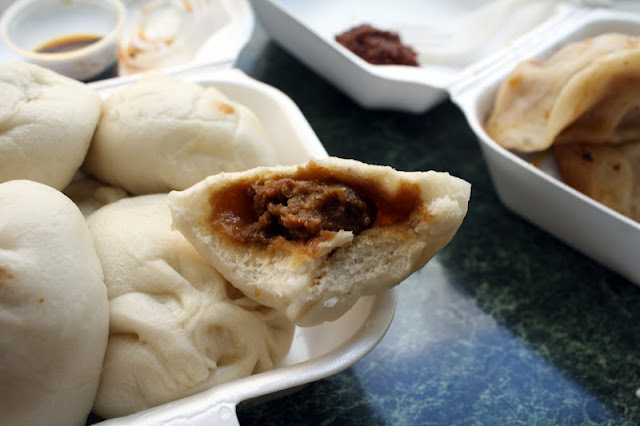 The buns weren't as good. I don't know how long they had been sitting in the styrofoam container, but it was long enough for the dough to cool down into a gummy, unpleasant texture. The interior of the buns, the barbecue pork, was okay, though it would have been better if it were warm. I would get these again if they were fresh and hot, but I would never again try these room-temperature things. I ate two of them then left the other four in the park for someone else to (possibly) enjoy.

I'm sure I will try Golden Frid Dumpling again, though they are quite busy at lunchtime so it becomes something of a Catch-22: I don't want to deal with the crowds so I'm only going to go again during off hours, but I want to try the food when it's fresh and it appears the only way to guarantee that is to go when it's busy.

I can't really complain at these prices, though.
Posted by JustinM at 11:06 AM

luv me some potstickers!

Def some cheat eats, that I bet you could spice up with some of your fab sauces. I will be moving to the Philly area soon for a job so maybe we can all meet up in NYC or PHL some time!

Don't waste your buns anymore, dude. If you want to reheat ANY Asian-style bun to freshly-baked status, you have to do is wrap them in a damp paper towel and put them in the microwave for about 45 seconds. They'll come out hot, steamy, and moist...but give it a few moments because the filling will be lava hot.

Banana: Maybe we can go to Tony Luke's.

Jonaas: Nice tip, but I don't own a microwave.

You should try Prosperity Dumpling in Chinatown. Take the D to Grand St and walk over. 5 pork & chive dumplings (fried or steamed, fried of course) for $1. Put some soy sauce and sriracha and your good to go.

Doughnut planet (or plant?) is close by. Amazing doughnuts but so freaking expensive.

You should do like a cheap eats NYC edition for the blog. So much bang for your buck in some places, it would make a great post.