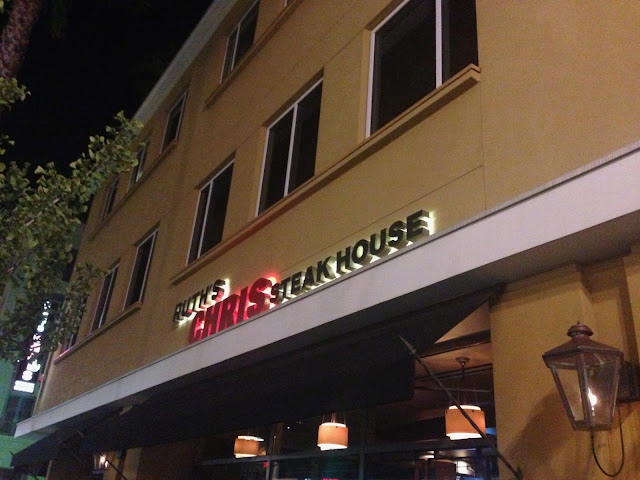 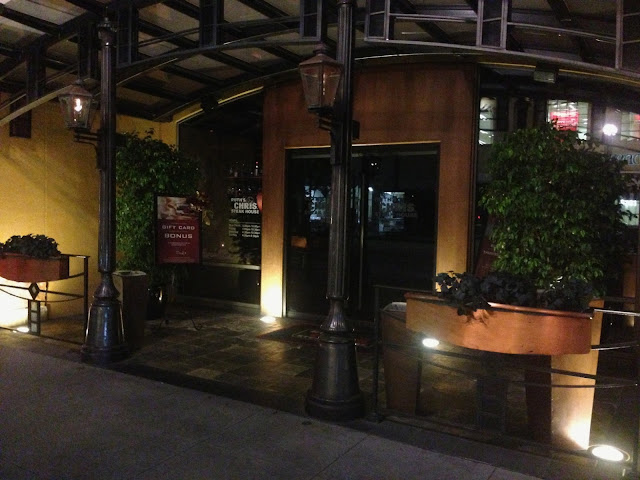 I've mentioned this before - well, every year at this time - but I'll mention it again. (This blog is bicoastal now; I may be up to 20 or 30 readers.) My parents got married on the day before Thanksgiving in 1971, so every year they celebrate on Wednesday, regardless of the date. (The night before Thanksgiving is also perhaps the most empty restaurant night of the year; my parents claim to have never once encountered a crowded restaurant on that night.)

Every year my brother and I join them. Last year Elizabeth's parents were visiting so we ate at home, but the year before that was Green Street Tavern. Before that was Arroyo Chop House. 2008 was Yujean Kang, 2007 Gale's, 2006 Tokyo Wako... you get the picture. 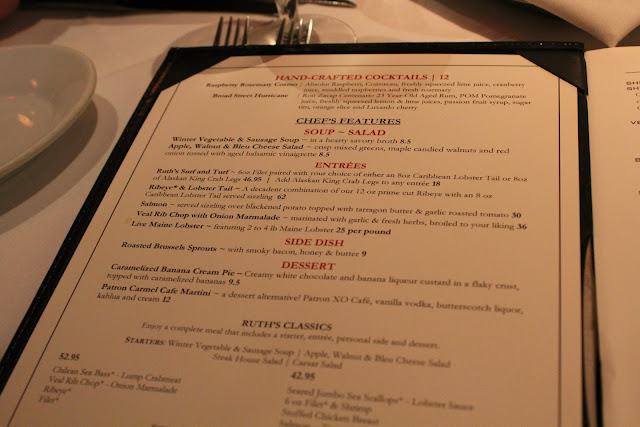 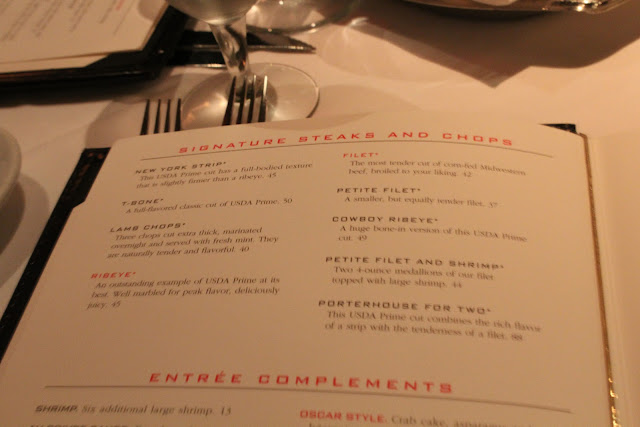 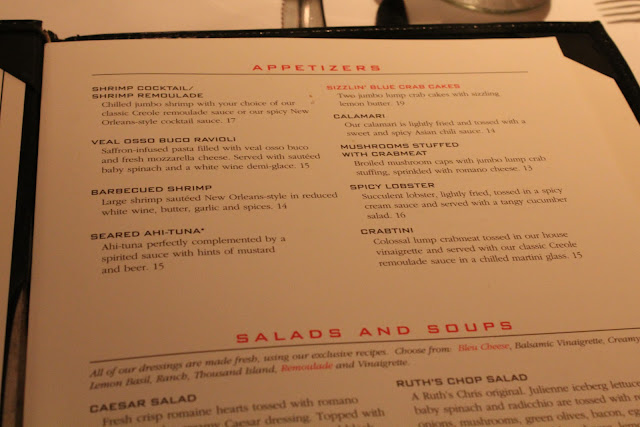 As I mentioned yesterday, my brother had already announced that he was paying for dinner. I considered ordering the porterhouse for two with side(s) of lobster tail(s)... but I didn't think I could eat that much. 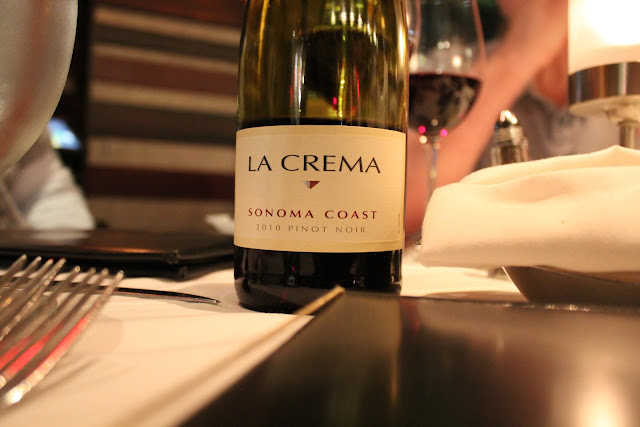 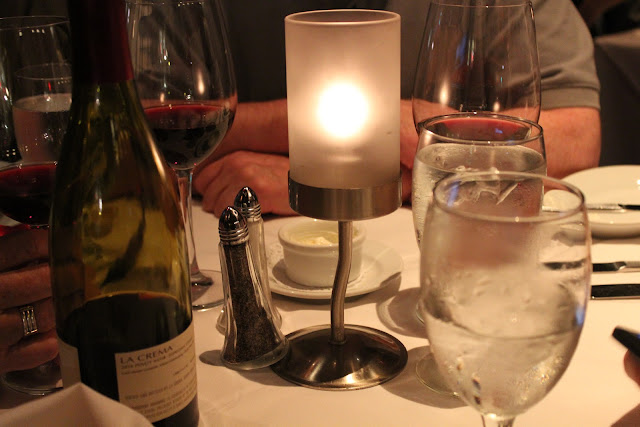 My dad selected the La Crema pinot. I wasn't in the mood for wine so I did not try it, but the bottle disappeared quickly. 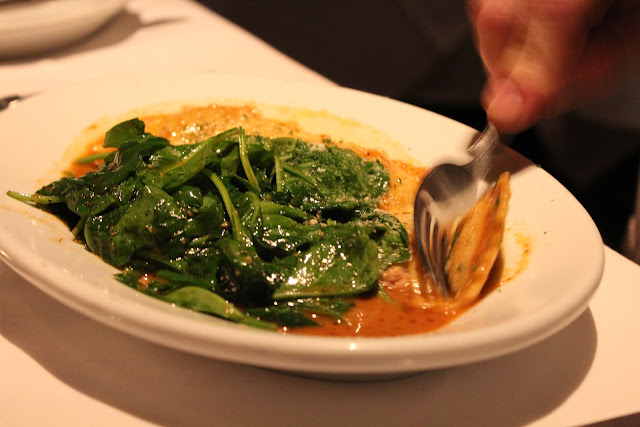 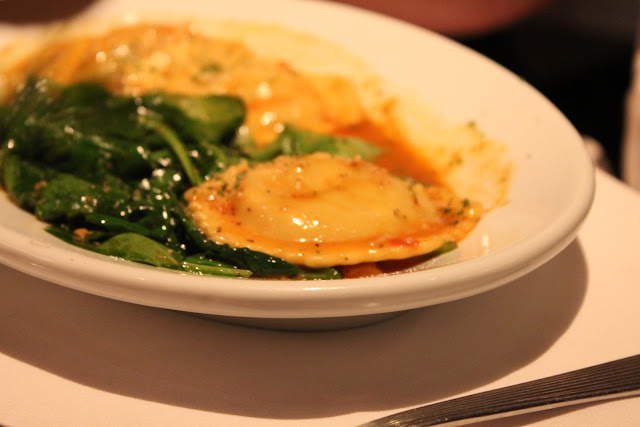 My brother started with the veal osso buco ravioli. He offered me a taste but I instead opted to try the white wine demi-glace. It was delicious. I would have licked the plate... if he hadn't finished it off himself. 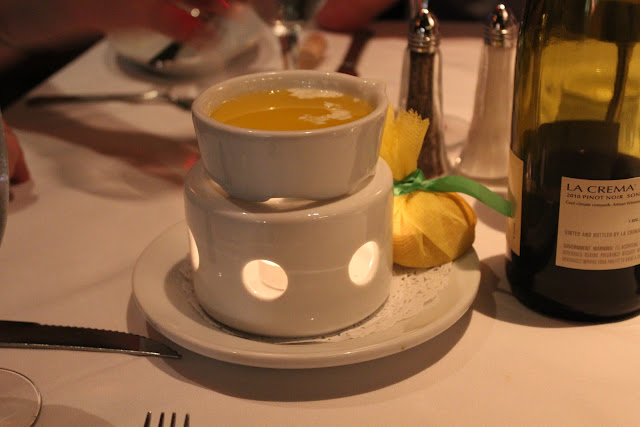 The server brought out heated butter for my mom and me, as we had both ordered surf & turf entrees. 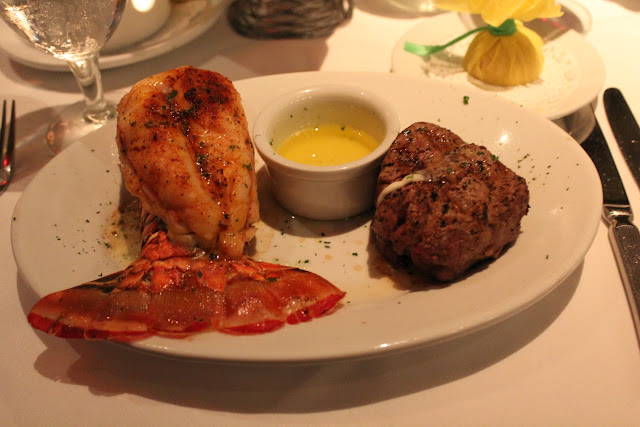 I chose the 6 oz filet with Caribbean lobster tail. 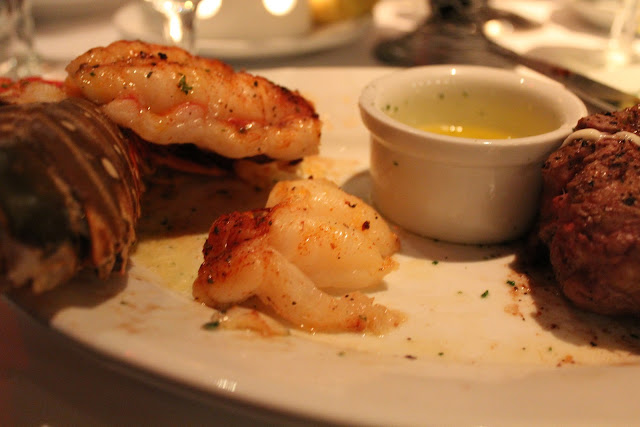 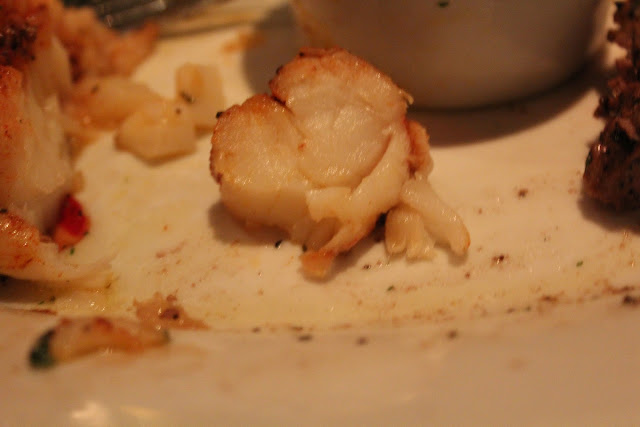 The server offered to remove my lobster from the shell, but I said no thanks, I wanted to do it myself. I don't know why. The lobster was delicious - firm and buttery (even without the butter) and slightly seasoned. 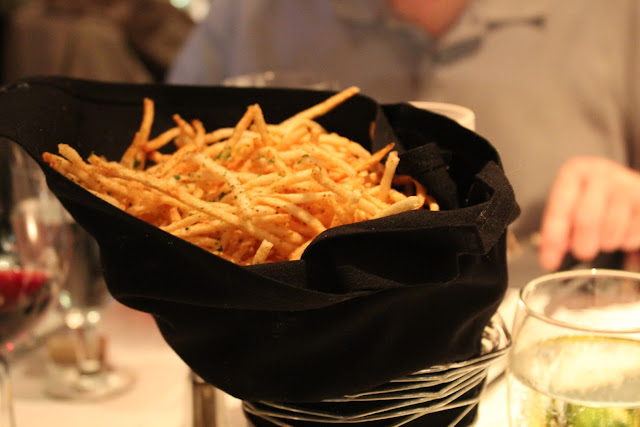 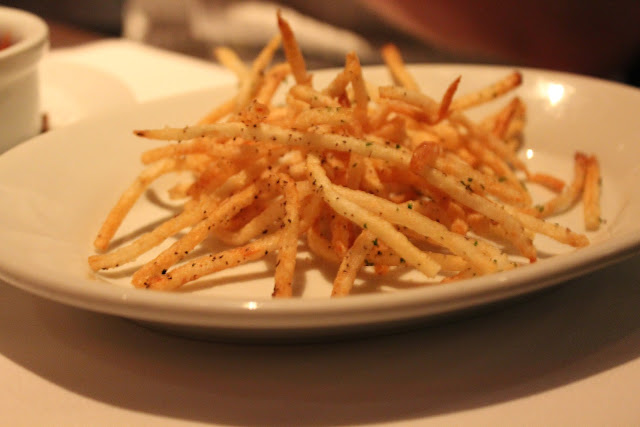 I love shoestring fries when they're crispy. And these were about as good as any I have ever had. I could have eaten all of them. 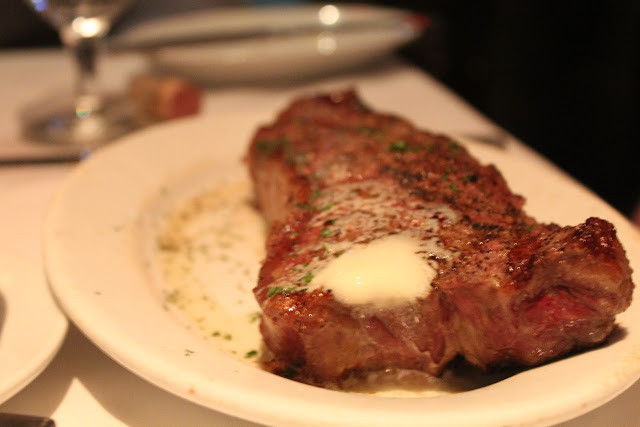 My dad had the New York strip steak. 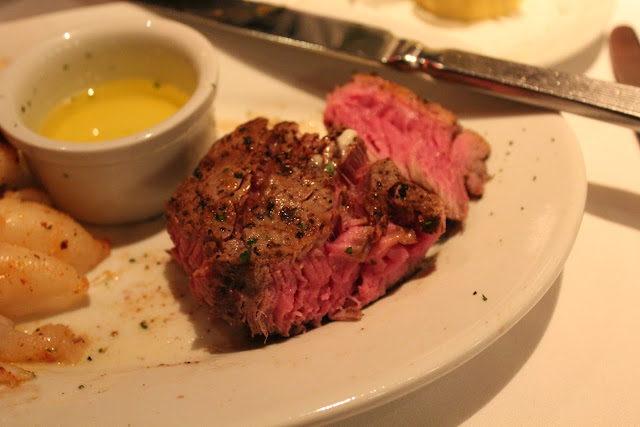 My filet wasn't quite as tender as my brother's, but it was still wonderful. 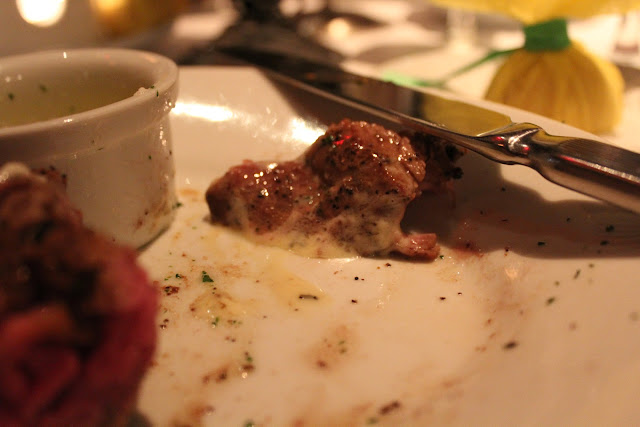 I tried it with Bearnaise sauce, but that wasn't necessary: it was fine by itself.

Everyone enjoyed their dinner. It had been years since I'd eaten at a Ruth's Chris. It's not my favorite steakhouse but it's always reliable. As the years go by, I find myself eating at steakhouses less and less; I usually enjoy the steaks I cook at home just as much (if not more) than most steakhouses. But Ruth's Chris does a very good job and I never mind returning.
Posted by JustinM at 10:00 AM

I'm pretty sure you have more than 20-30 readers. I ran across your blog a while ago and look forward to your daily posts. I also live in flyover country. Instead of just lurking, I thought I would comment so you know you do have readers.

I'm also pretty sure you have more than 20-30 readers. Absolutely love the blog and look forward to reading what you have to say. Thanks!

Same here! I am from Berlin, Germany and I read your Blog everyday :)

Keep up The Great work!

i'm commenting too, so you know you have readers! i love your blog! :)

I READ EVERYDAY TOO! I have not been to Ruth Chris yet. Can't wait to try it!

i read you constantly and comment occaisonally, just too lazy to sign in to my google acct so i always comment anon. i'm sure you have more readers than you think you do (; i'm a fish eating vegetarian foodie and i even enjoy and appriciate your meaty posts! - central coast cali reader in da hizzie!

I read your blog once a week on the weekend. It's one of my favorite Saturday morning activities! Anon from Boston.

I need to try this place. Sadly the closest one to Rhode Island...is in Connecticut.

You should try longhorn steakhouse (a chain like Ruth chris). I saw an awesome lobster stuffed fillet and a grab stuffed fillet of steak with some really great looking sauces. It's in a commercial thats always on tv, looks mouthwatering!