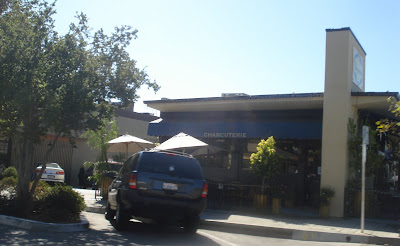 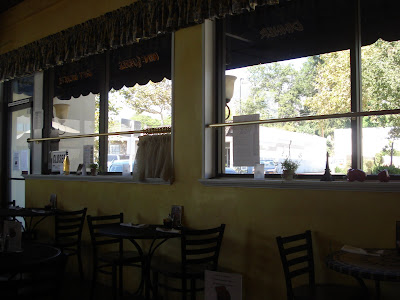 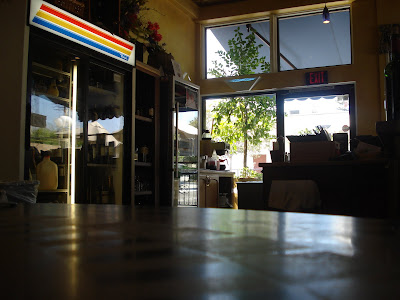 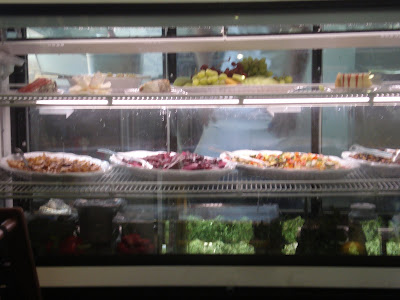 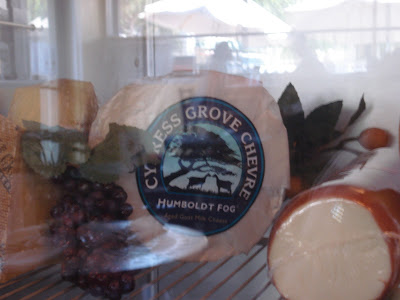 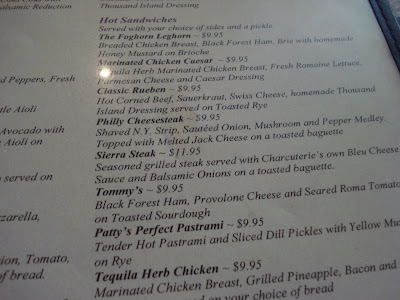 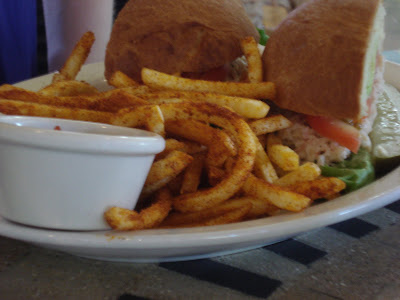 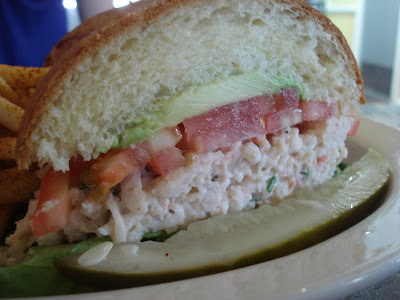 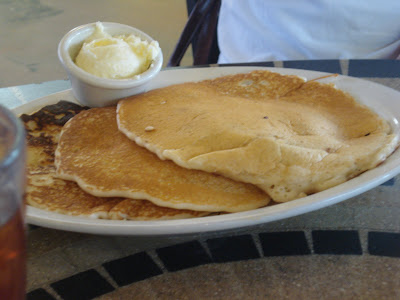 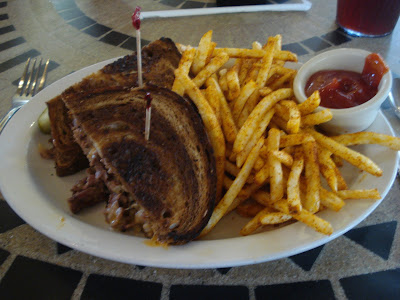 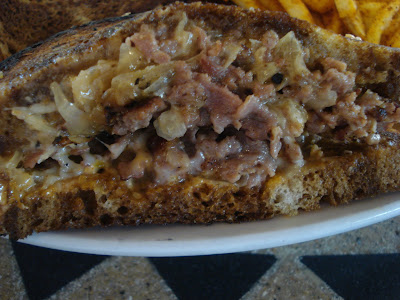 Charcuterie has been open in Sierra Madre for over a year and a half, but I'd never eaten there. I went in twice: once to look around when they had first opened, and another time when I saw an acquantaince of mine working as a server as I drove by (I stopped in to say hello, although he quit a few days after that.) I knew I would like the place but I still never bothered going. Maybe it was all those years of working just down the street and visiting another restaurant that used to be in this location and served cafeteria-style food. My parents have gone to Charcuterie many times and always loved it. But I just never bothered.

The other day, Elizabeth, her sister and I stopped in. They wanted to shop at Attitude! just down the street, so we thought that would be a good place to eat. This was around 1:30 in the afternoon and there was only one other table occupied inside, although a few people were scattered outside. I love dining on patios, but it was really hot that day, so we sat inside, by a refrigerator full of cold cuts and cheeses. There was a giant wheel of Humboldt Fog, one of the largest I've ever seen. (They often have one of these at Nicole's in South Pas, but this one looked just a little big bigger.)

On the weekends, Charcutrie offers breakfast until 2 PM. Dawn ordered the short stack of pancakes, and still received a massive pile. She said they were good although not great. I didn't mention this to her, but I'd seen them sitting out for several minutes while Elizabeth's and my sandwiches were being readied. I understand restaurants have to do this and not everything is ready at the same time, but I never understand why restaurants do this in full view of the customers.

Elizabeth ordered the lobster salad sandwich, which she really liked. I took a bite, without the avocado and tomato, of course, and it was really good. I had the reuben, which I really liked as well. It's wasn't too messy and there was a generous amount of meat in it. We both loved the fries that came with our sandwiches: crispy and covered with spices.

I really liked Charcuterie, just like I knew I would. I will definitely be back.

I'm glad you reviewed this. I've been meaning to ck it out.
Is it a good value? Delivery? Avg price for lunch??

We did not have any alcohol, just iced tea, so I can't speak to that, but I thought it was a reasonably priced place for lunch. The dinner prices, however, are in the $15-$22 range. I can't say if they're worth it or not.

The only caveat I would add is that I have driven past many times when it has been packed and there has been a band playing in the parking lot. It does not look enjoyable in that circumstance, but that's just my personal preference. This looks like a much nicer place for a relaxed weekend lunch than a loud dinner.