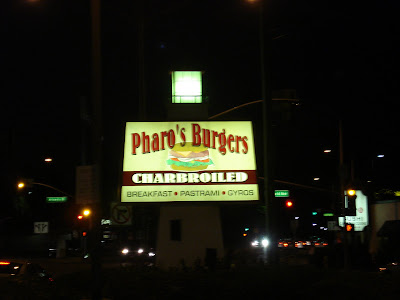 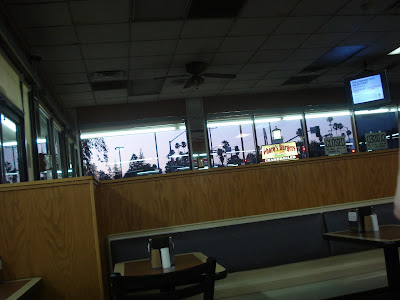 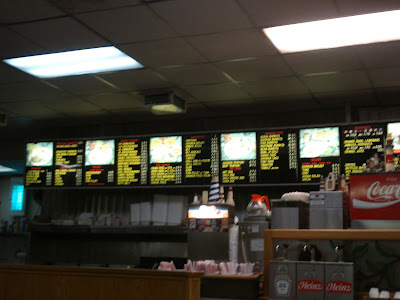 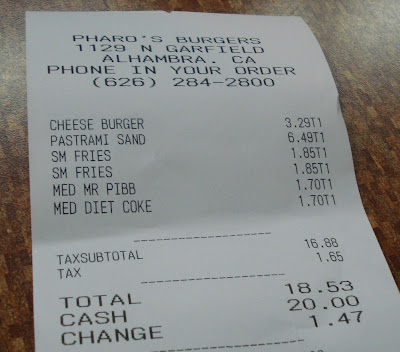 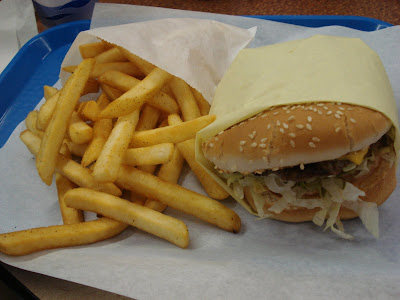 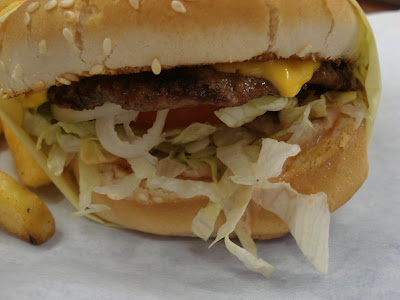 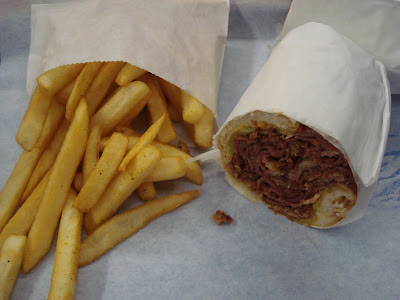 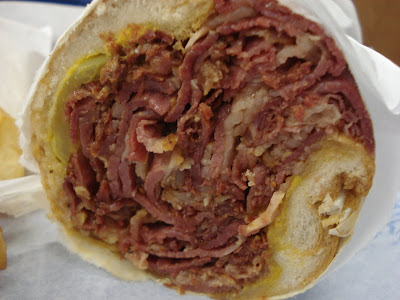 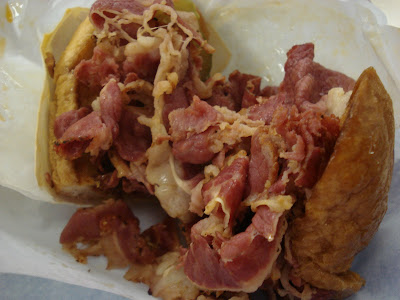 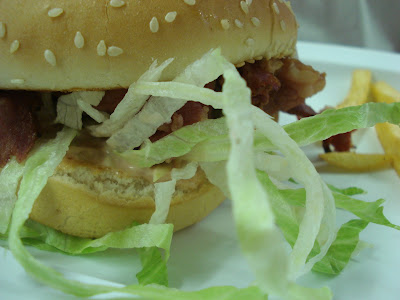 I ate at Pharo's Burgers a few times when I was a teenager, but not in the years since. I always went there with my friend Zach, whose parents live just a few blocks away. I know it was good, because I went there a few times, but I did not remember much else about it. Recently Zach and his brother, Tyler, were in town for a night before heading out on a family vacation, so Elizabeth and I headed down to Pharo's to meet up with them for dinner.

It's exactly like I remembered it, which is a good thing. There is nothing fancy about the place and the owner was behind the counter, chatting with Zach and Tyler when we arrived. We took a couple minutes to contemplate what to order. Zach had already ordered a pastrami burger and Tyler had gone for the cheeseburger. Elizabeth decided she wanted a cheeseburger as well. That sounded good to me, too, but I ended up ordering the pastrami. (As usual, Elizabeth was much smarter than I. More on that later.)

It took a while for the food to be ready, more than 15 minutes. This didn't bother me, though: at least we knew the food was being cooked to order. And it gave us time to make fun of Tyler for eating something resembling a fried clump of hair at Arby's a year earlier. That will never get old. (It's even funnier because he's a doctor.)

I had ordered two small orders of fries and Elizabeth had screamed at me. (Okay, that's an exaggeration; she had asked "why did you get small orders?") I remembered their fries as being a generous size, so I figured we could make do with smalls, and if not, we could get more. My memory was correct - the small orders were overflowing sacks of fries just out of the fryer. They weren't the best fries, but they were hot and greasy, so they were still pretty good.

I took a bite of Elizabeth's burger first. It was very good and I wished I'd ordered one. Especially considering my sandwich was not good. The pastrami was rubbery and loaded with fat. I pulled the sandwich apart with the idea of taking out some of the really fatty pieces, but I didn't know where to start. Considering this sandwich cost almost exactly twice as much as the burger, it was a tremendous disappointment. (I took half the sandwich home with me and the next day I took it apart and picked out all the fat, and there was hardly any meat left.) I got to finish of the last couple bites of Elizabeth's burger, though, and they were just as good as the first.

Interestingly, the pastrami on Zach's pastrami burger (the last picture) had almost no fat on it. Zach really enjoyed it, and it certainly looked much better than my pastrami.

I definitely like Pharo's, and I can't believe I let so many years go by between visits. My pastrami was lousy and I will never order it again, but that didn't make me dislike the place. Pharo's is the kind of neighborhood place we need more of and I will certainly return again to support them. Besides, those burgers are very tasty. A friend of mine always loved their chili fries, and one of these days I will go back and get some.
Posted by JustinM at 8:48 AM