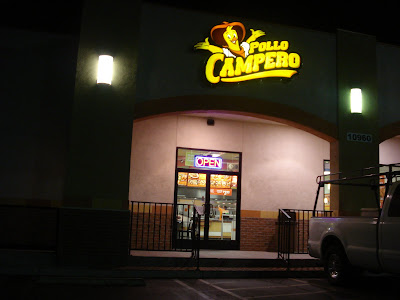 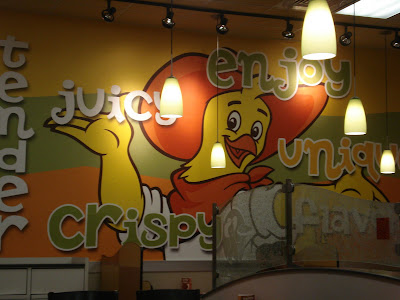 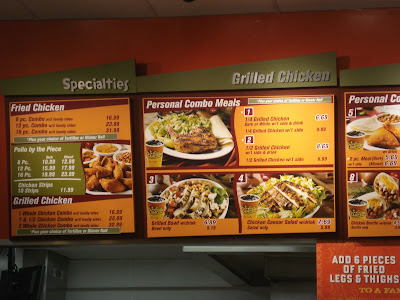 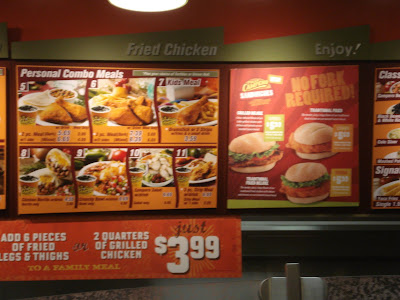 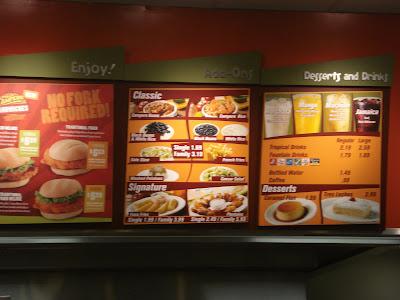 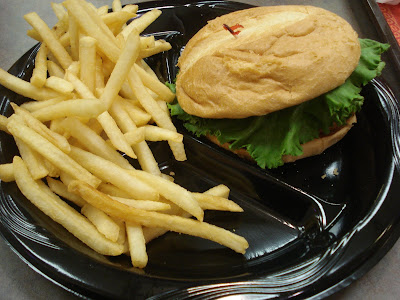 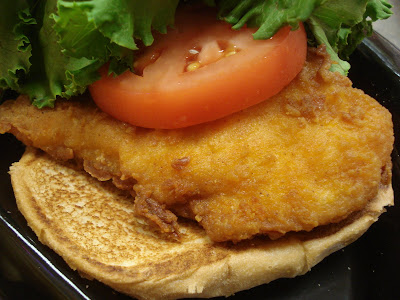 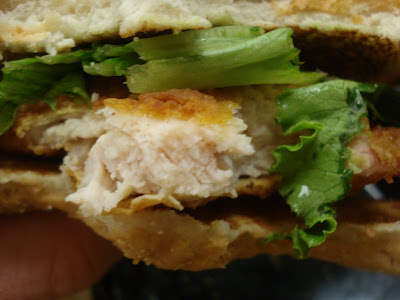 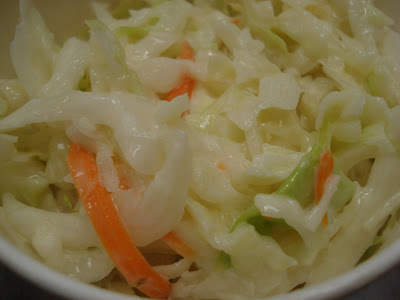 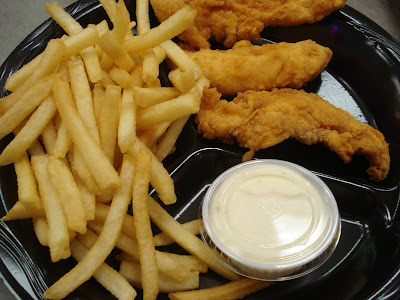 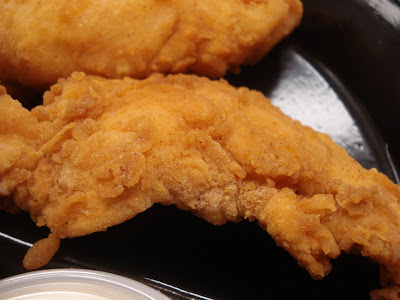 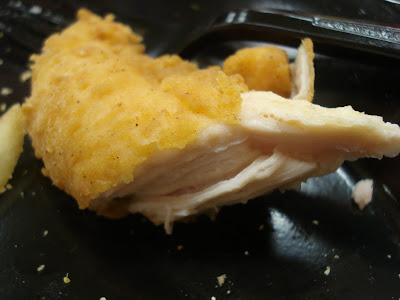 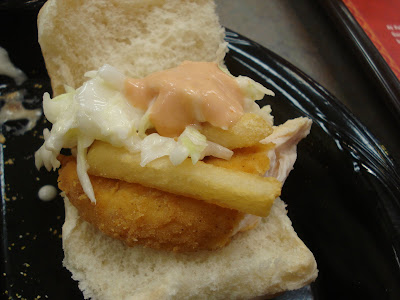 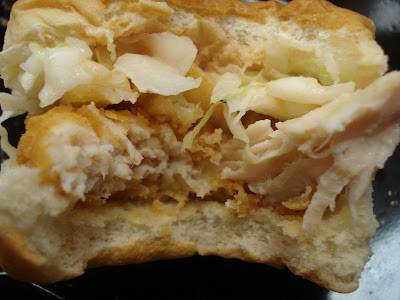 I've heard about Pollo Campero for many years: the stories of people lugging back bags of fried chicken on airplanes from Guetamala when there were no U.S. locations; the several-hour wait at the first location to open in Los Angeles; that same location serving thirty thousand customers during its first week. The stories all sounded somewhat apocryphal, but - as often happens with such things - I was intrigued. But not enough to make an effort to visit a location. None of them are very close to me, and there is only so much enthusiasm I can muster for a place I've heard described as "a better version of KFC or Popeye's."

A couple nights ago, however, Elizabeth's sisters were flying in from New York at about 9 PM, so I suggested we try the Pollo Campero in the shadow of Burbank airport before we picked them up. Never one to pass up fried chicken (or anything else fried, for that matter) Elizabeth agreed.

I ordered a sandwich combo - the "traditional fried deluxe." The deluxe indicates that they put lettuce and tomato on it, costing 30 cents more than the "traditional fried." This seemed a little bizarre, but, whatever. Elizabeth ordered the three piece fried strips meal. We both got fries. After we sat down I remembered that I'd read somewhere that their cole slaw is good, so I went back up and got myself an order of it.

My sandwich was good, but I was expecting a little more. It was nowhere near as juicy and flavorful as I'd been led to believe. But, as I said, it was good - certainly light years ahead of any sandwich I have ever eaten from KFC - and after adding some salsa and a little cole slaw I was really enjoying the sandwich.

Elizabeth only ate two and a half of her strips and gave me the remaining half piece. It was fantastic. This was the chicken I had heard about: moist, tender, and one of the best pieces of fried chicken I have ever had. There was a roll on our tray. You can probably guess what happened next. I tore the roll apart, put the chicken piece on it, and topped that with fries, cole slaw, and some salsa. It was one of the best sliders I have ever had. If Pollo Campero put these on the menu, they would be more famous than White Castle.

I like Pollo Campero, but not any more or less than I thought I would. I definitely like it better than KFC, but I can't say that I like it more than Popeye's, at least not after one visit. I would certainly go there again on my next trip to Bob Hope Airport, but I don't see myself going out of the way for it.
Posted by JustinM at 4:10 PM

Your words are definitely more kind to the food than your pics. It doesn't look like anything special to leave Pasadena for.

Having been to Guatemala and Pollo Campero there, I can definitely attest to 2 things: 1. It is pretty good. 2. People do go crazy with it and bring it back. To the point that the stewardess on the return flight asked the cabin, in spanish, to place all their luggage and in the overhead bin and to place Pollo Campero under the seat in front of them.

I haven't been to one in the US yet, but from what I hear from my Guatemalan friends, the ones here aren't as good for some reason.

That's what I figured. I liked it, but I wouldn't even drive over to Burbank to get it unless I was already going there. I don't see any way someone would take this chicken on an airplane.