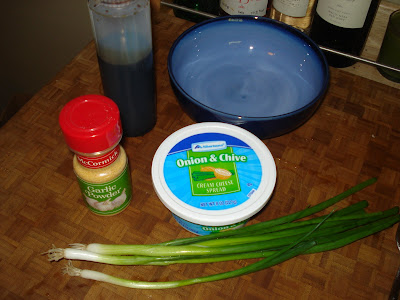 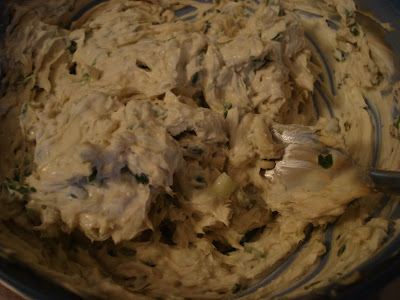 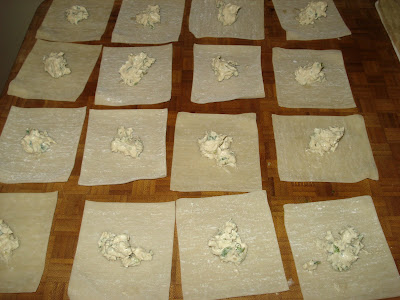 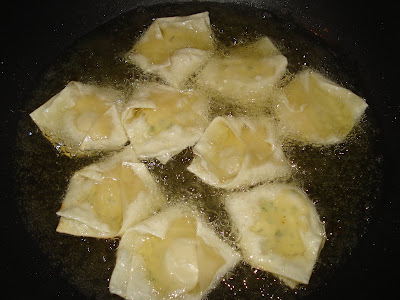 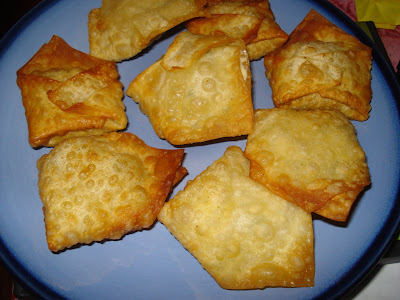 Several times in the last couple months I have gone to Pickup Stix and had cream cheese wontons. They're good, but I always figured I could make them at home and they'd be the same thing, and cheaper. (Well, on Wednesdays you can get them for 25 cents each; I guess these were not cheaper than that, but definitely cheaper than usual. The whole meal cost about 8 dollars for two people.)

I went to Albertsons and bought a package of cream cheese, some green onions, and some wonton wrappers. The process was very simple: I diced about four green onions and mixed it in with the cream cheese, along with a few drops of soy sauce and some garlic powder.

I wrapped about 30 of them up and fried them in batches; it took about two minutes for each batch to be done. They were good. Nothing spectacular, but cheaper than buying them at a restaurant, and I was able to watch baseball the whole time I was making and cooking them. I don't think I will ever make them again for dinner (they weren't very filling) but I am sure I will make them someday as an appetizer or for a party. There were a half dozen left over that I put in the fridge. I ate them as a snack the next day and they were just as good cold.
Posted by JustinM at 9:42 PM