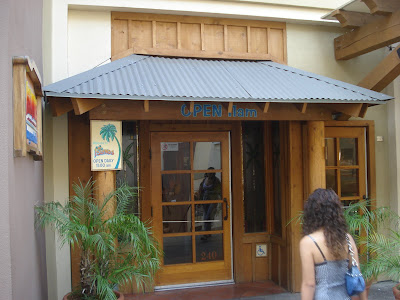 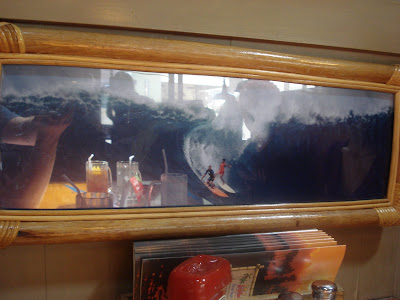 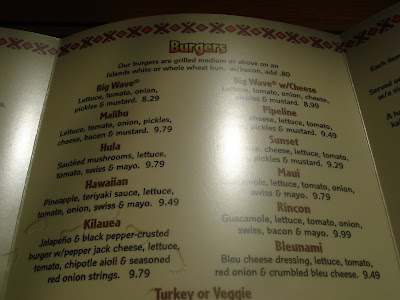 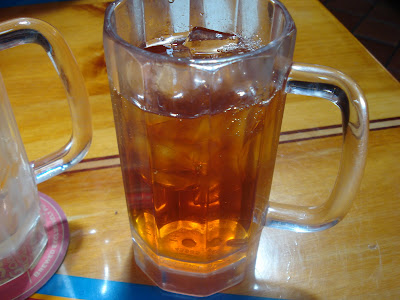 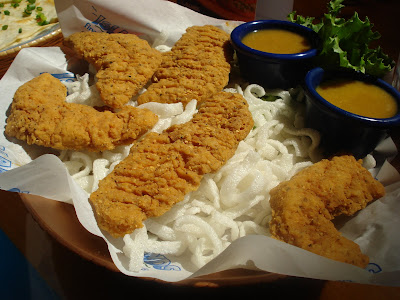 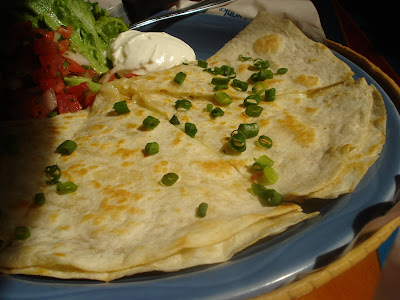 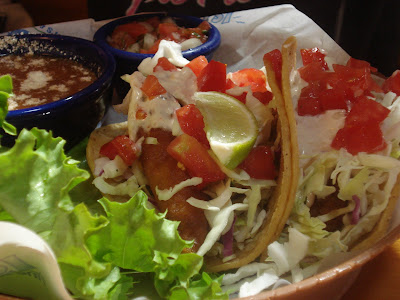 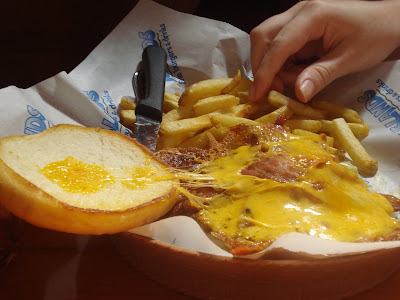 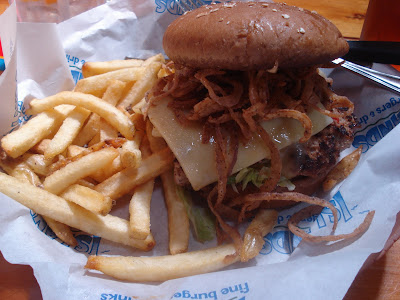 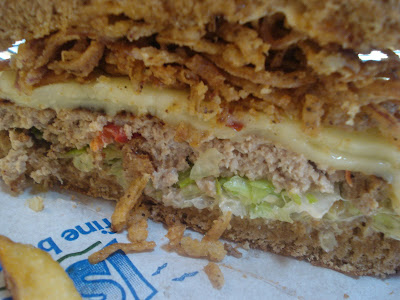 One of the challenges of having Elizabeth's two sisters here was agreeing on where to eat. Dawn won't eat seafood and will only eat meat when it is cooked well-done. Kate doesn't eat any meat, but she will eat seafood. Before heading down to Olvera Street a couple days ago, I suggested we eat lunch at Islands in Paseo Colorado. I have been eating at Islands for a long time and, although I wouldn't call it great, it is always reliable.

We took a seat at a table underneath a nice picture of a couple guys riding waves. (Also right by the kitchen, where we could hear the cooks trading ribald anecdotes about a couple women they know. We weren't offended - although we thought the guys were complete jackasses - but I imagine most people would have been.)

Elizabeth ordered a couple appetizers as her meal: chicken strips and a quesadilla. I think Islands chicken strips are great, and I love their honey mustard salad dressing (although I think the honey mustard they serve with the strips is lousy.) The quesadilla isn't bad but I've always found it bland, and pretty skimpy on the filling.

Kate had the fish taco. She said it was OK, but not as good as the one she'd had a couple days earlier at Fred's. Dawn ordered the BLT without the T. I forgot to ask her how it was, but she ate all of it, so I imagine she enjoyed it.

I ordered the Kilauea burger - jalapeno and black pepper, pepper jack cheese, red onion strings and chipotle aioli. I had this burger once a couple years ago and didn't really like it, and, if I remember correctly, it made my stomach hurt. So this time I ordered it with a turkey patty. It was only average. For all the toppings they put on the burger, it really didn't have much flavor.

Despite not liking my burger, it was still a good time. My usual entree at Islands is the "Toucan" chicken sandwich. From now on I'm just going to stick with that or some of their tacos, which I also like.
Posted by JustinM at 3:00 PM

I can't believe after all these years that Islands hasn't been one of the numerous restaurants to bite the dust.

Seriously. Fatburger couldn't make it Pasadena but we can support two Islands? I mean, I like the place, but its popularity has never been commensurate with it's quality.