Dinner at the Farm (The Next Night) 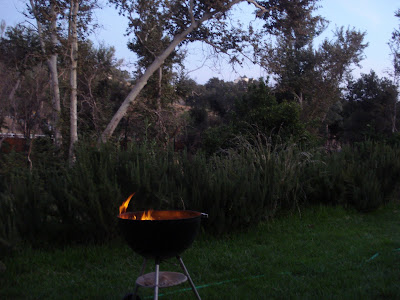 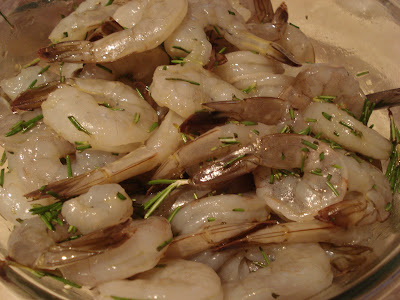 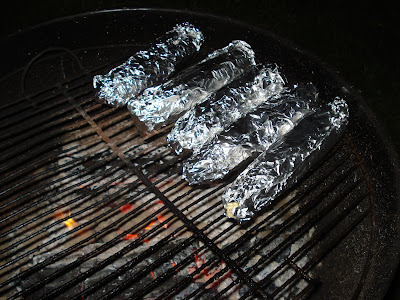 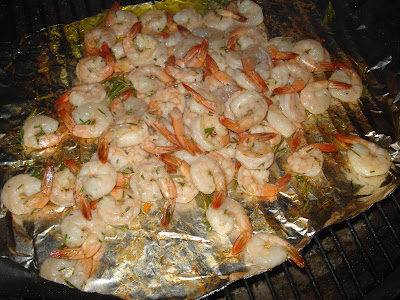 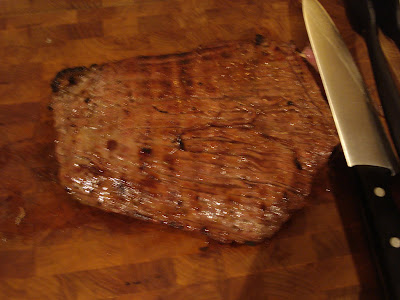 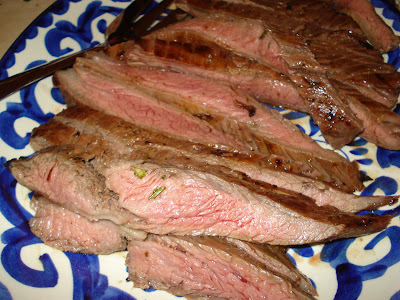 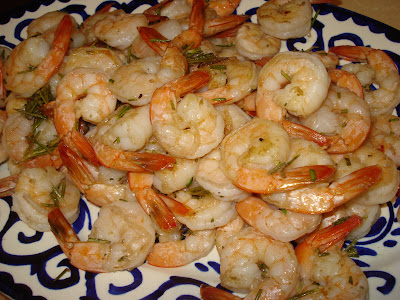 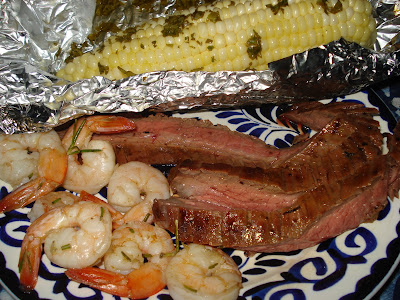 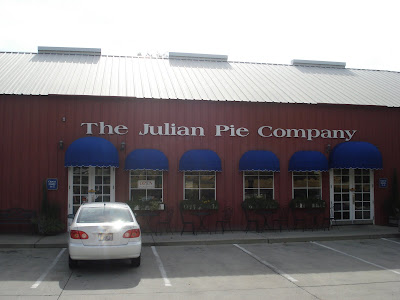 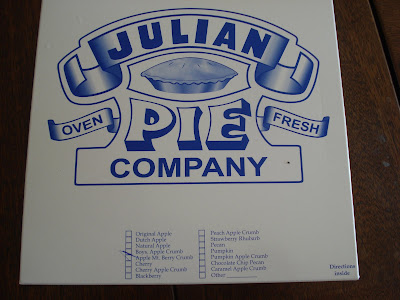 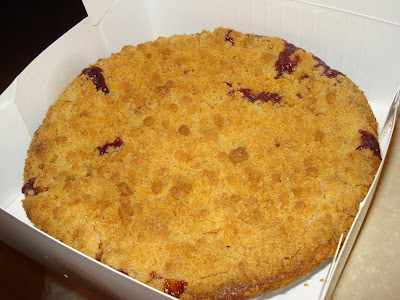 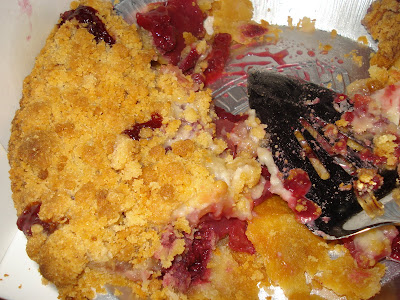 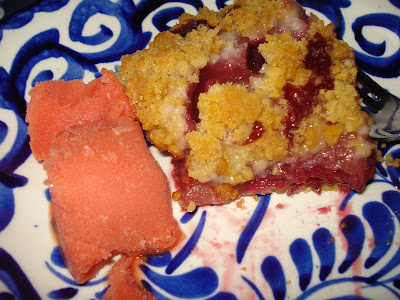 Before we went down to Ramona for the weekend, there was some discussion as to whether we wanted to go somewhere for a picnic on Saturday evening, or go into one of the towns nearby for dinner. But after the fantastic meal on Friday night, we decided just to hang out and have another dinner on the patio. There really isn't anything we could think of that sounded better than that.

Tracie's boss, Bill, heard we were having a great time at his farm so he asked if it would be okay if he and a friend came by (they were in Carlsbad) and join us for dinner. The farm originally belonged to his father, a tremendously gifted photographer whose work is scatterd throughout the house. (The bedroom I slept in had a photograph of a canal in Venice that made my heart ache it was so evocative.) From what I gathered, in the years since his father passed away, the farm has not been used nearly as much as it should be, and Bill loved the fact that we were there and wanted to join in the party. (Bill's father was a longtime professor of photography at Pasadena City College. Much of his work is available for viewing on his website, http://www.waltgirdner.com/. Trust me, it is worth checking out.)

There are two questions I like to ask people when I become close friends with them. Years ago I asked Tracie the first: what was the best meal of your life? And her answer was a meal on this very property, complete with ailoi made from the eggs of chickens that used to roam the farm. I knew I wouldn't be able to compete with that dinner, but I had to come up with something that wouldn't be completely pathetic in comparison. (I did not ask the second question: what is your all-time NBA starting 5? Because she wouldn't care one bit.)

Elizabeth and I headed a few miles into Ramona to the Albertson's. Considering we were in a small town off the beaten path, I was very impressed with the quality of the supermarket. We got a couple pounds of shrimp, a flank steak and some corn on the cob grown locally. All of it looked great. As soon as we got back we put the steak in a plastic bag with garlic and lime juice.

About an hour before dinner I grabbed another handul of rosemary from the bushes, and added it to the shrimp with some olive oil and red wine vinegar. I lit the charcoal in the grill with a few pieces of wood that was chopped and lying by the house. The five of us sat in the front yard with some wine and watched the sun set, then retreated to the patio in the back of the house to await dinner.

Elizabeth and I shucked the ears of corn (I tried to convince her to get a rubber band and shuck a la Rachel Ray, but she absolutely refused.) I wrapped each ear of corn in foil with butter, chopped cilantro, and several squirts of lime juice. About 25 minutes before I planned to serve dinner I put the corn on the grill. The flank steak had been resting for about 60 minutes at room temperature and I threw it on the hottest part of the grill. I cooked it for about 8 minutes on each side, then took it off the grill, covered it with foil, and let it sit in the kitchen.

My original plan had been to thread the shrimp onto skewers, several to each skewer, along with a rosemary branch. But I had forgotten to buy skewers. Oh well. There were too many shrimp to just lay them on the grill; the light wasn't good enough outside to tell when they were done and I was worried about some falling through. So I put down a piece of heavy duty foil and threw the shrimp onto it, flipping them around with tongs every few seconds like a teppanyaki chef. The smell of the rosemary on the grill was magnificent.

We opened a couple bottles of wine and took our seats. Everything was good but my favorite was the shrimp. They were some of the best shrimp I have had in a long time. (The next day I cut more rosemary to take home with me than I have purchased in the last 5 years combined, and I plan to make some more shrimp with it soon.) Everyone helped themselves to second helpings of shrimp, and a couple hours later while we were sitting around drinking and talking, I still was taking a shrimp every few minutes and popping it into my mouth.

Earlier in the day, Elizabeth and I had driven about 20 miles to Julian, an unincorporated community mostly decorated in a western theme. I would not go so far as to call it a tourist trap, but it was completely forgettable. It reminded me of the street fronting the beach in Avalon on Catalina Island in that there was not a single thing I saw in any of the shops that I would possibly want to own. In all fairness, a nice shopkeeper (an older lady whose personalty walked the line between "sweet" and "mentally unstable") described to us the different festivals they have in the fall and winter, and it sounds like it might be a much nicer place when it isn't a triple-digit August day.

On the way back we stopped at the Julian Pie Company to purchase a pie for dessert. I have never been a fan of pie. In fact, the only pie I have had in my adult life that I like is the cherry pie at Pie N Burger. But it looked like a cute place and Elizabeth loves pie, so when she asked which kind of pie I would be most likely to enjoy, I suggested the apple and boysenberry crumb. I had a slice of it along with a blood orange sorbet that Tracie had purchased. The pie was better than I expected it to be, but it's not something I will ever eat again.

This was another great, simple dinner. I cannot describe how relaxing both evenings were. I hope that I have a chance to go back down to this farm again someday.

If you don't like Punch and Pie, how will you ever help the South Park boys save America from their moms?

I'm pretty sure the pie they used in South Park was from Pie n Burger, so I would be fine.

My friend Hatcher once told me that some people from the movie South Park were in the John Bull one night trying to get people, including him, to appear in the movie. He declined. At any rate, if they were at the John Bull then they certainly had to be aware of Pie n Burger, so I choose to believe that was the pie they served in South Park. I may be way off on that, though.

That pie was delicious, the perfect ending to a wonderful meal.