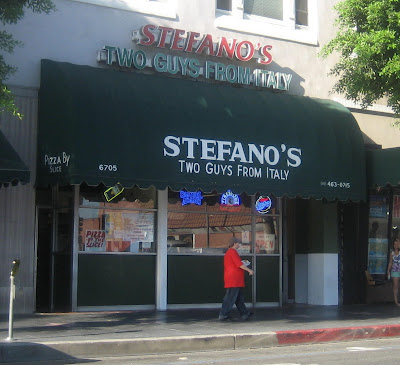 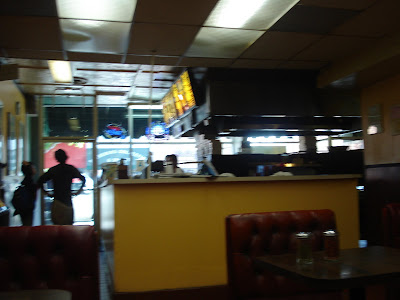 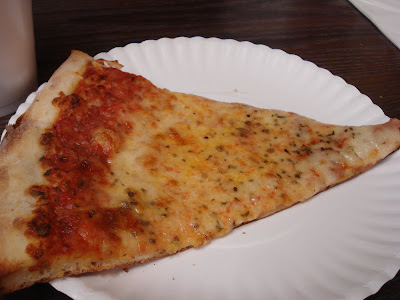 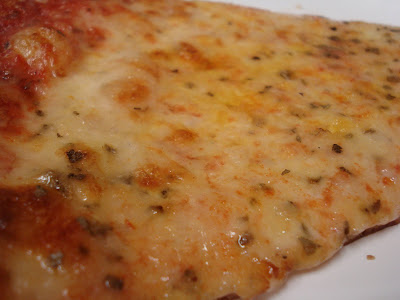 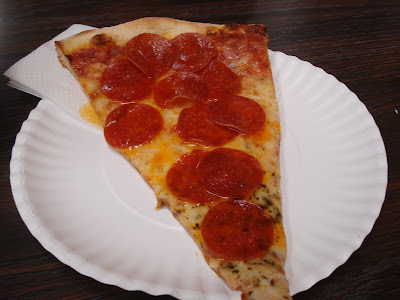 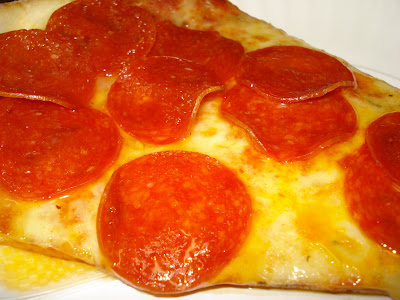 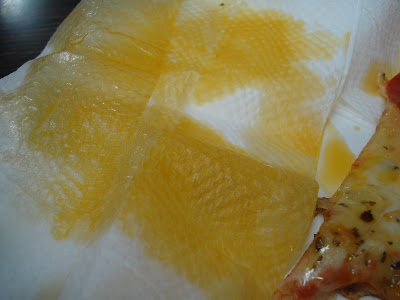 I was taking Elizabeth's sisters on a tour of Hollywood: Grauman's Chinese Theater, the walk of fame, all the crappy souvenir shops, etc. In all the years I have lived in the Los Angeles area, this is maybe my third trip to that particular stretch of Hollywood Blvd. I do not enjoy it. I wish I could have seen the Hollywood that Kerouac wrote about in the On the Road -  making sandwiches in a parking lot while listening to "that humming West Coast sky... the noises of the crazy gold coast city." Every trip I've made to Hollywood I have found it to be filthy, full of jackasses and the worst drivers in the city. But that day was about taking the girls sightseeing, so I did it.
At one point they wanted to get something to drink, so we ducked into Stefano's. I decided to get one slice of pepperoni pizza. Dawn thought that was a good idea and got a slice of cheese. We sat down for a couple minutes while they heated our slices. I admired the old school video games in the corner. Some of the them I had not seen in two decades.
I have written this before but I will write it again: with very few exceptions, I think pizza around here is pretty bad. So I had very low expectations for a small, muggy joint on Hollywood Blvd. with slices that appeared to have been sitting out for quite a while. Especially not when I received my slice and it was covered in a pool of grease. But I put a napkin on top of it, watched it soak up the grease like a ShamWow (by the way, those work almost as well as in the commercials) and took a bite.
It was very good. Shockingly good. Did I feel like I was back at Totonno's in New York? No, definitely not. But it was as good as many of the slices I have eaten in New York over the years. The crust was that combination of crispy and still pliable, something I'd decided was only possible in New York. The pepperoni was very good and after I'd removed a shot glass worth of greases from the cheese it was decent. I don't think I will ever return to Stefano's but I am very glad I ate there once.
Posted by JustinM at 10:15 AM

I was gonna say those Pizza's look DOA. Just goes to show you can't always judge food by its cover.

They looked even worse before they were thrown in the oven. When my cousin was little she had a play kitchen and one of the items was a mini plastic pizza. The "cheese" was a color not of this earth. That's about what the slices looked like. But they were good.