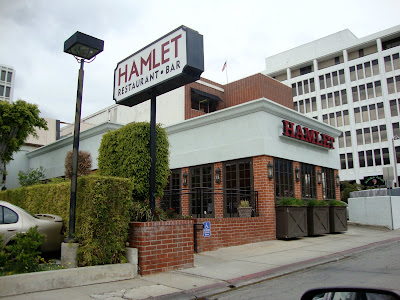 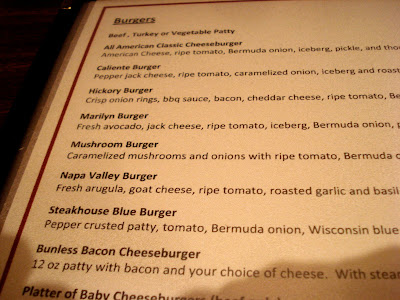 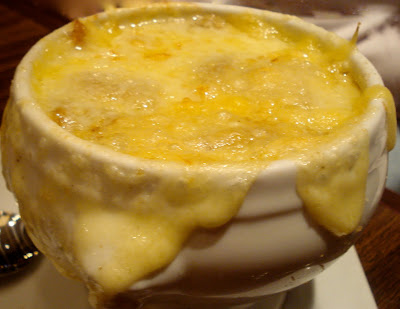 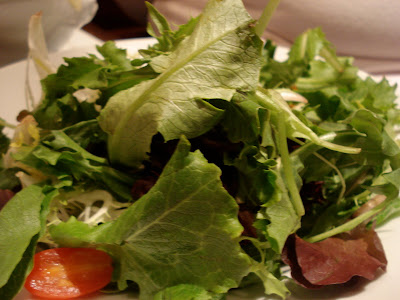 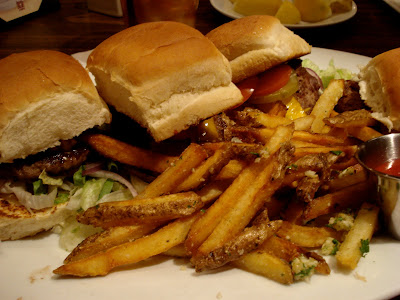 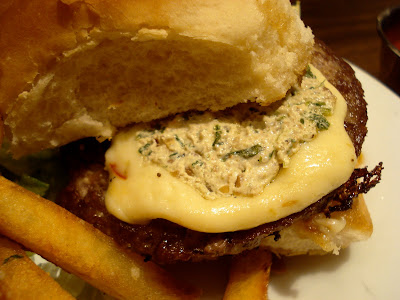 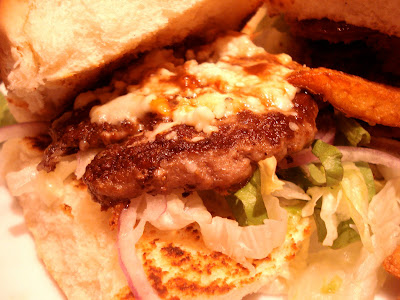 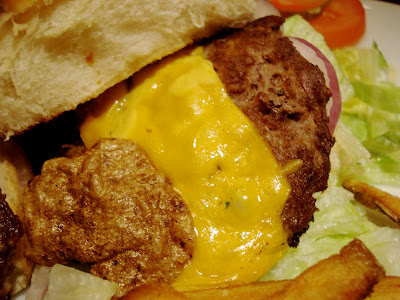 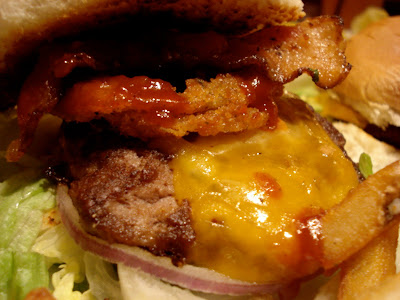 One winter evening when I was 23, I was watching the NFL playoffs in a house I was renting with my friends Tom and Zach, on the eastern edge of the Mid-Wilshire district. A power line in our backyard blew out, killing our electricity and setting a small fire that we tried to fight with the hose, although when Zach attempted to turn on the water he pulled the whole line out of the ground. We used a bucket and water from the pool. After the firefighters showed up - they basically looked at the smoldering palm fronds and said: "Well, hopefully that'll stay out" and went on their way - we were left hungry and with no television. So we went out in search of a place to eat and watch the game. We settled on the Hamburger Hamlet on Sepulveda, took seats at the bar and ordered some beers.

I remember this night well, not only as the night my friends and I bravely fought a blazing inferno (or a fire so small we couldn't have even toasted marshmallows over it, depending on what level of honesty you want from this blog) but also for the game we watched that night: the "Tuck Rule Game," when the Patriots beat the Raiders in the snow after Tom Brady's apparent fumble was ruled a incomplete pass, based on a two-year-old rule known as the "tuck rule," a rule so arcane not a single one of us in the bar had ever heard of it.
This was my first visit to Hamburger Hamlet as an adult, and possibly my first visit overall. (I may have eaten there when I was a kid, but I have no memory of it.) I had decent fish & chips, two or three beers, and overall I thought it was a nice place to sit at the bar with two friends and watch a game, although nothing particularly good, as evidenced by the fact I never went back, neither to that Los Angeles location nor the one in Pasadena.
Not long ago I went with my mom to a store on south Lake Ave to buy a present, and we decided to go to lunch. After considering a couple places, we settled on Hamburger Hamlet, which was a couple doors down. It was crowded inside, which I considered a good sign, and we took a table in the middle of the dining room.
My mom ordered a cup of French onion soup and a side salad. I opted for the "Gourmet Baby Burger Sampler," consisting of small versions of four burgers: All American, Hickory Cheddar, Caliente, and Steakhouse Blue. First up was my mom's soup, which she encouraged me to help her with. The cheese was very tasty but the broth was much too salty for me. This was my least favorite French onion soup I have had in a long time.
When my plate arrived the first thing I noticed was how carelessly it was presented: two of the buns had fallen off their respective burgers and shredded lettuce and fries were scattered around the plate. I certainly don't demand that my food look pretty when it arrives, but it's a little off-putting when it looks like the plate might have been dropped on the ground.
Two of the mini burgers were great and two were lousy. The Caliente was my favorite: pepper jack cheese, caramelized onion, and a Serrano pepper and cilantro pesto. This was outstanding and I wish I had just ordered the regular version of this burger for my meal. The Steakhouse Blue was also very good, with pepper, blue cheese, horseradish sauce and A.1. sauce. It might have had a few too many flavors going on at once, but I still liked it. The Hickory Cheddar and All American burgers were the opposite: they had almost no flavor, just very bland burgers. I added some A.1. sauce to both to make them more edible.
As is usually the case with sliders, the meat on all of these was overcooked. I understand it's difficult to cook tiny patties in any way other than well done, so that's usually what you're going to get with sliders. (Even when I cook sliders myself I usually overcook the meat, even when I'm paying attention.) The best sliders are redeemed by their toppings, as the Caliente and Steakhouse Blue were. But when you put rather boring toppings on sliders - the sauces on the All American and Hickory Cheddar were Thousand Island and barbecue - it leaves them lacking. I would not recommend getting the Baby Burger Sampler unless you are okay with a minimal amount of taste to half your sliders.
In the future, if I am with someone who wants to go to Hamburger Hamlet (although I cannot imagine who that would be) I will gladly go. I will get the Caliente burger and an iced tea and be content. But I don't see any way I will make an effort to go there again myself. In a town like Pasadena, where there are at least half a dozen burgers that I love, there is just no reason for me to go to Hamburger Hamlet more than once in my life.
Posted by JustinM at 10:57 AM

Sadly, your conclusion at the last line is correct. Hamburger Hamlet is in the same league as IHOP and Sizzler -- they need to just close and be a part of history. Had some great times there but with (1) all the other food choices in town and (2) their apparent inability to keep pace with the proverbial times, there really is no excuse to visit.

hey PP- how were the fries? they look good.

Yes, they were pretty good. Nothing spectacular, but far better than I would have expected at a place that - as the Two Guys pointed out above - is past its prime.

The only thing I know about Hamburger Hamlet is that it is right next door to where Marilyn's Backstreet used to be and it looks exactly the same (from the outside) as it did when I was 15 years old.

I once had a very drunk dude in Ensenada try to get me to go to the beach with him for some "pee pee on the playa." I have no idea what that meant so I declined, rather forcefully. Every time I hear that phrase that's what I think of.

Sorry your experience was a bad one, I went to the Angel's opener game and detoured to Pasadena to try Slaw Dogs...loved it! Got the Thai inspired one, I am a bit sad that I am to far to go back, that traffic was way to horrendous for me to venture out for a weekday game.

I recently volunteered at a wildlife refuge and ran into a couple who loved Slaw Dogs...the guy's name is Kevin and says that he goes there so much you can get your burger "Kevin" style. I dont remember exactly what all was in it but it involved spicy cheese and jalapeno bacon.

If you haven't already picked up a pack and made something with it, try Trader Joe's seafood sausage. I haven't made mine yet, I need an inspired way to cook it --- would you have any ideas?

Keep up the great blogging!

It wasn't really a "bad" experience, it just was pretty average. There are tons of places in this town where you can pay the same price for much, much better burgers.

The Wildlife Waystation? My brother volunteered there a few years back.

I'm not a chef by any means and I'm not familiar with the sausage, but the two things that spring to mind immediately are 1) cook them with lemon-butter and eat with some kind of vegetable like spinach or roasted potatoes, or 2) put them in a quesadilla with a corn/jalapeno/cilantro salad and a VERY mild cheese (so as not to interfere with the flavors of the other stuff.)

I am sure we're going to Trader Joe's this weekend; maybe I'll get a pack and see if I am inspired when I read the ingredients.