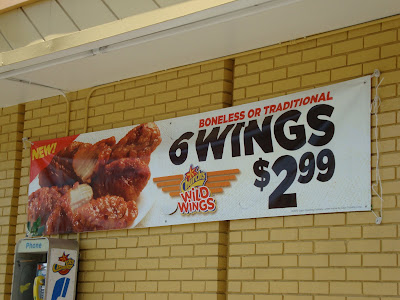 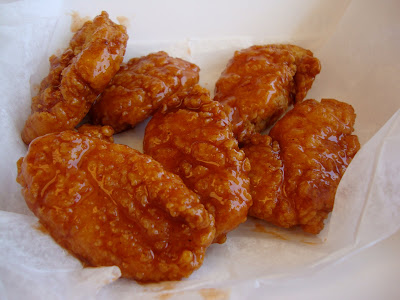 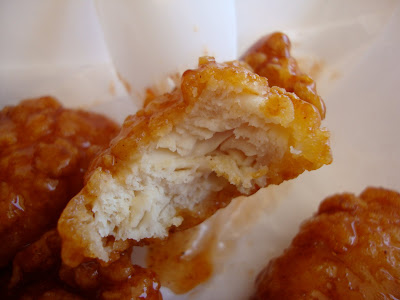 My buddy and I were out trying to round up some beer one night when we were 18. A liquor store clerk refused to sell me beer, claiming my ID was fake. I could not get mad because he was correct. But I still wanted beer. There was a guy outside the liquor store who was obviously having a hard time in life, and we told him he could keep the change if he bought us some beer. He said he would buy us beer but he didn't want any money, all he wanted was a ride to Church's Chicken. That seemed easy enough, and we got something to eat ourselves.

For the first 31 years of my life, that was my only experience eating at Church's, and I have no recollection what I ate that night. (Remembering my diet when I was 18, it was probably chicken strips.) It never occurred to me to visit Church's again. Then, last summer, I was down in San Diego County doing some wine tasting and I went to Church's with Elizabeth and our friend Zach to try their new boneless buffalo wings. I was surprised at how good they were.

But more than a year passed and I never considered trying the boneless wings again. There are only so many meals in a lifetime, you know? It's not like I really need to eat a fast food joint's boneless buffalo wings more than once, even if boneless wings are one of my five favorite things to eat.

However, a few weeks ago Church's started advertising their boneless wings again, six for $2.99, in a choice of five flavors: buffalo hot, buffalo medium, honey bbq, chili-lime, and sweet & spicy. I decided I should give at least one flavor a try.

I stopped by Church's in the mid-afternoon and got an order of the sweet & spicy.

"They take six minutes to make," I was warned.

"That's fine," I said (while wondering to myself if anyone ever says "Oh, damn, I can't wait that long, never mind.")

These boneless wings were outstanding: hot, crispy, and juicy. The sauce was both sweet and sour - one of the better sweet & sour sauces I have ever had, and definitely the best from a fast food restaurant - and I even received seven wings, which pleased me to no end. (It doesn't take much to make me happy.)

WingStreet makes a big deal about their (average) boneless wings being 50 cents each on Wednesdays. Church's wings are that price every day. And much, much better. So yesterday I decided to try another flavor. 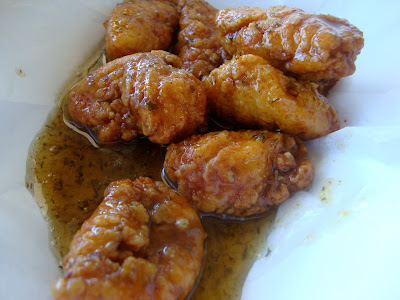 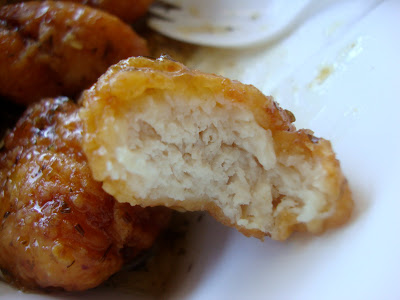 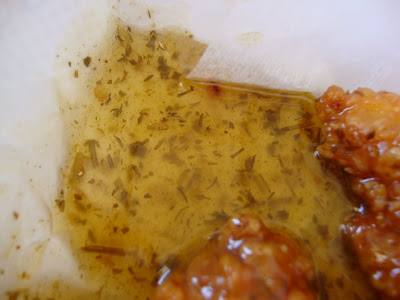 I went to a different location than I did a couple weeks ago, ordered six chili-lime boneless wings, and sat down. And then something occurred that has never happened to me before in a fast food joint.

"Hey," the friendly guy behind the counter said, "I want you to try one first."

This took me by surprise and I asked the only logical question: "Why?"

"Just to see if you like it. A lot of people order the chili-lime and then complain because it's sour."

(I started to ask if people really order something in a sour fruit flavor and then complain when it tastes sour, but then I caught myself. Of course people do that. People are idiots.)

I tried it. It was very good, and, like the double-blast of sweet and spicy in my previous wings, these were bursting with the flavors of both chili and lime, just as promised. I know it seems strange to praise a product for merely tasting like it says it will, but I have had enough food claiming to taste of something (usually chipotle) to know that an accurate description is usually the exception, not the rule.

I returned to my seat and waited for my wings. This time, I received eight of them. (Nine if you count the sample I was given.) I was ecstatic. They were just as good as the previous wings.

So now I have eaten at Church's four times in my life (although only three that I remember). I have to say that I have become a fan. Maybe not enough of a fan to go there more than once or twice per year, but at the very least a casual fan.
Posted by JustinM at 9:03 AM

I feel the same way. You are a great writer. Thank you.