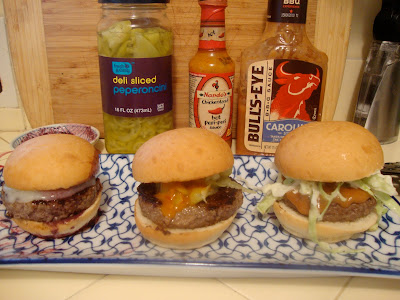 The day after the MLB All-Star Game: the one day of the year with no major sports. Thankfully, there was another episode of Baseball on PBS - "The Capital of Baseball," perhaps my favorite of the nine episodes, focusing on New York City in the 50s, when the Yankees, Dodgers and Giants all played in the city. Greats like Joe DiMaggio, Mickey Mantle, Willie Mays, and Jackie Robinson all played in the same city and every year for an entire decade a team from New York was in the World Series.

I was in the mood for sliders. While trying to decided what toppings to add to them, I had an idea: I would make three different kinds. 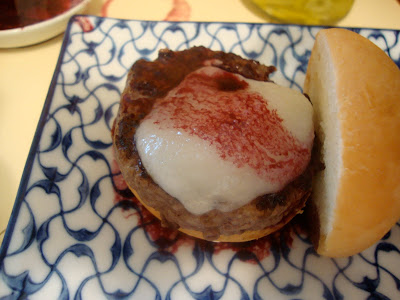 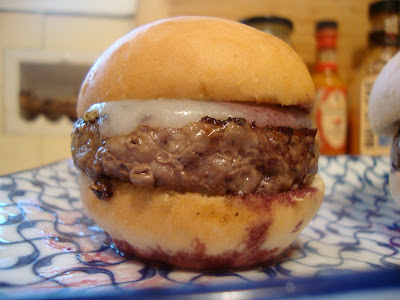 For the first slider I went the wine route: I melted some Drunken Goat cheese (which, as I've written before, is submerged in red wine for 72 hours) on the patty while it was cooking. I then reduced some red wine with balsamic vinegar and butter, and poured it on. It soaked the buns and was delicious. 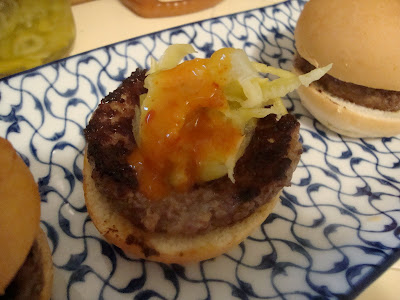 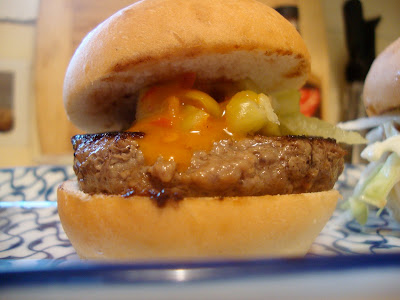 The second slider was the spicy one. I chopped up some pepperoncini and doused it with Peri-Peri hot sauce. (I had originally wanted to add some hot pepper cheese as well, but I must have eaten all of it because I couldn't find it anywhere.) Not surprisingly, it was quite spicy, and I liked it. 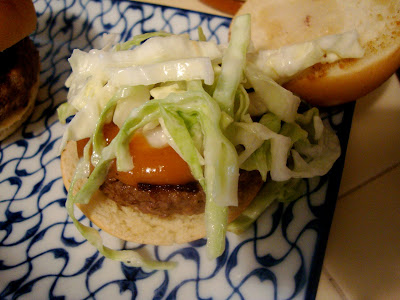 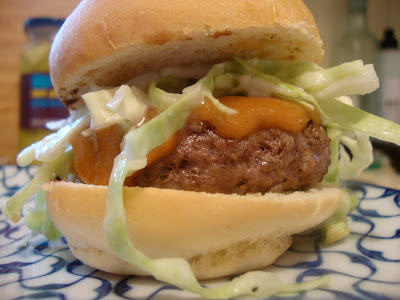 The other day at the store I noticed Bull's Eye has four new flavors of barbecue sauce, each representing one of the main barbecue regions of the country: Kansas City, Memphis, Texas and Carolina. Of course I got the "Carolina" style, with mustard and spices. I am not a big fan of Bull's Eye's sauces, I think they are much too sweet, but this one was good. It could have used more mustard and vinegar, but it was still the best Bull's Eye sauce I have ever had.

I made up a quick bowl of cole slaw with a simple dressing and added it to the slider. This was by far my favorite of the three.
Posted by JustinM at 12:16 PM