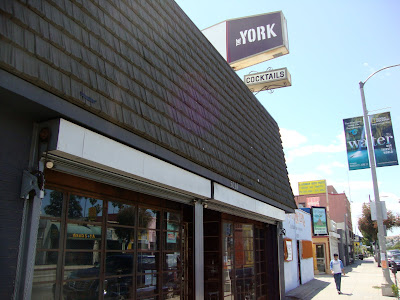 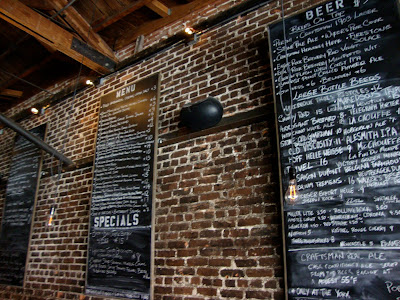 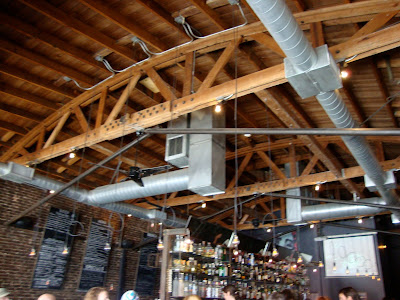 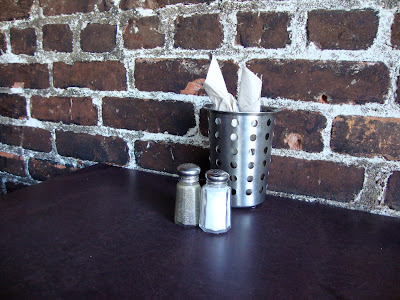 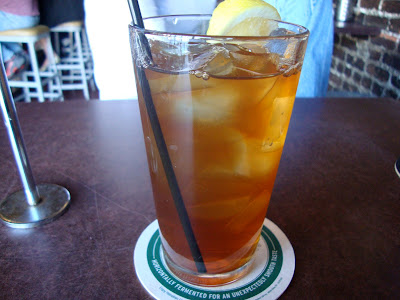 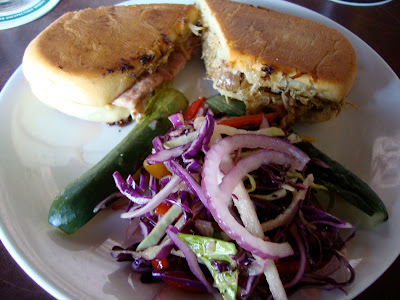 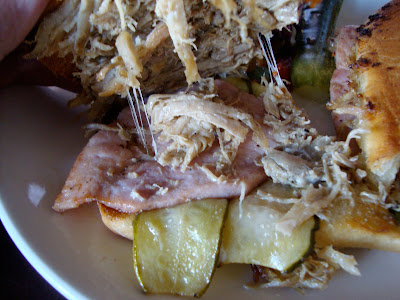 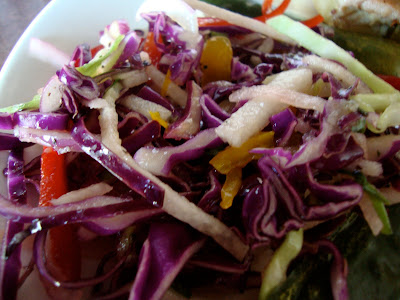 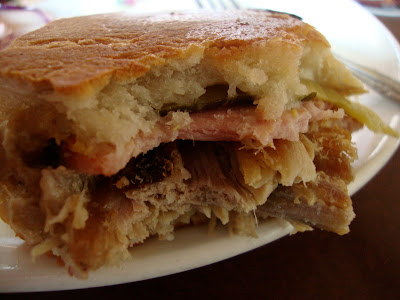 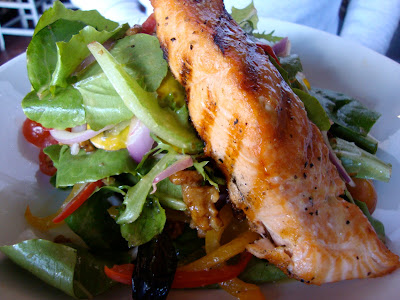 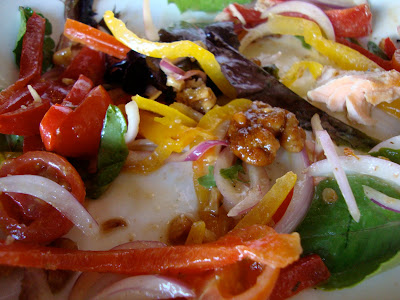 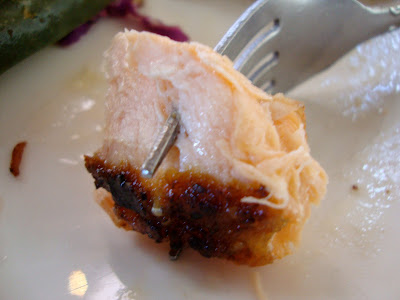 It was something of a familiar story: Elizabeth and I drove over to Oinkster in the mid-afternoon, hoping we could avoid any crowds and snack on some Belgian fries and pulled pork. But there were more than 40 people in a line spilling out onto the patio and snaking its way down to the street. Damn. (Back in 2007, I met my friends Hatcher, Nick, Bryce and Amy at Oinkster for a noon lunch and we ordered, ate and left within about 30 minutes. Those were the days. This line would have taken longer than a half-hour just to place our order.)

Unlike previous occasions when we'd had a contingency plan of Fish King or The Habit, we didn't have any ideas. I drove down to York Blvd and briefly thought about going by Galco's and getting a couple sandwiches and some bottles of Cheerwine. Then I had another thought:

Neither of us had ever been. Over the last three years I have heard reports from friends who have visited The York, and, although no one has ever told me I absolutely must check it out, no one ever said anything terrible about it either.

There were ten or so other customers when we walked in, all sitting at the bar and drinking pints of beer. We decided to sit at one of the tables along the wall, although there were no servers on this afternoon and the orders went through the bartender, who seemed like 1) a nice guy, but 2) a bored guy with zero desire to be working on a weekend afternoon. I got us a couple iced teas (although the temptation for me to have an afternoon pint was stronger than it has been in quite a while) and we checked out the large menu written on a blackboard. I opted for the "Pulled Pork Cuban Sandwich." Elizabeth decided on the salmon salad.

We sat down and admired the space. It's very attractive inside. In addition to what seems to be gastropub-required high ceilings, there is a horseshoe-shaped bar taking up most of the space and tables - like the one at which we were sitting - against the brick walls on both sides of the room. The side of the restaurant facing York Blvd is all windows, which were pushed open, creating a pleasant breeze on this warm afternoon.

The food didn't take very long to arrive. I will start with my favorite part: the slaw that came with my sandwich was fantastic. Red cabbage, sweet peppers and jicama (in my opinion, a criminally underused vegetable). I had incorrectly assumed the sandwich would come with fries, although this was my fault for not paying closer attention when ordering. ("Never make assumptions; they're always wrong" - Pulled Porker's dad.) The burger and chicken sandwich come with fries, but not this sandwich. However, although I love fries (and pictures of The York's fries look really good), I am glad I got this slaw.

My sandwich, though, was lousy. The idea of a pulled-pork Cuban sandwich is a great one (pulled pork, ham, aioli, cheese and a pickle) but the execution of this was poor. The pork was very dry. It had obviously been cooked quite a while earlier. Probably days earlier. The bread was crusty - as a good Cuban sandwich's bread usually is, to hold together the juiciness of the sandwich. But when the components of the sandwich are dry, the whole thing becomes one of the least pleasant sandwiches you will ever eat. As was this one. (I began to envy the way raccoons douse their food prior to eating, something that perhaps would have looked less acceptable if I had tried it here.)

Elizabeth enjoyed her salmon, but she gave me a couple bites and I did not think much of it. The salmon had that dense texture you get when you let it sit in the fridge for a day or so after cooking it. (I am not positive this had been cooked much earlier, as I am about the pork on my sandwich, but I am guessing it was.) The salad, however, was very good and the citrus dressing was fantastic. Remove the salmon and this would be a great side salad. But with a mediocre piece of salmon it's certainly not worth the $13 price tag.

"I like this place," I said, "and I wouldn't mind having a couple drinks here in the evening, but I don't need to eat here ever again."

"I liked it more than you did," Elizabeth said. "It reminds me more of New York than most of the places I have been here."

Back out on the street I sent a text to a friend of mine who I know has been to The York, someone whose restaurant opinions I respect tremendously. "Just had lunch at The York for first time," I wrote.

A minute later I got his reply: "Cool bar. Shitty food."

I wasn't going to go that far. But I also couldn't really argue with him.
Posted by JustinM at 9:30 AM

I've wanted to check this place out for a while - their beer list alone makes me interested.

Good to know the food isn't worth making it a mealtime destination.

That sandwich looks as dry as a brick.