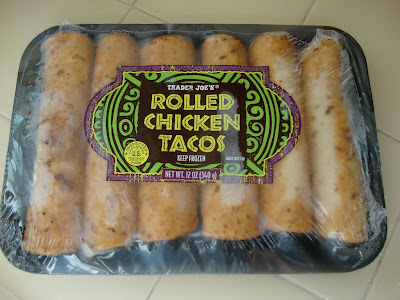 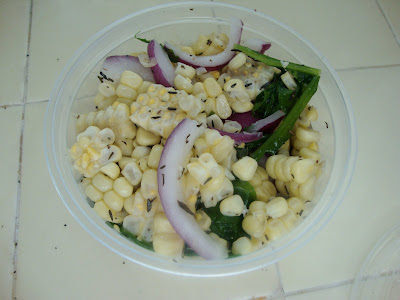 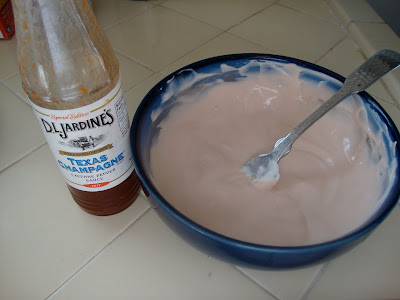 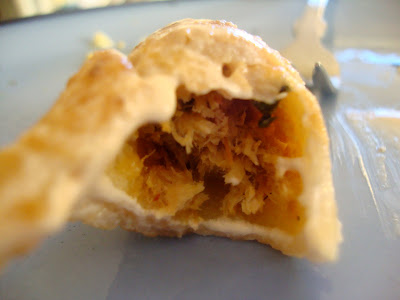 Another evening of Baseball on PBS = another good reason to make something simple and sit on the couch. Yes, I have seen all 18 1/2 episodes of that documentary many times. No, I never get tired of it. It's better than watching the Angels these days. (The "10th Inning" of the documentary, a follow-up to the 1994 special, covering 1994-present, is premiering in September. There has literally never been anything on television that I have looked forward to as much as this.)

I noticed a package of "rolled chicken tacos" in the freezer case of Trader Joe's a while back. I decided those would be dinner last night. There are instructions on the package for microwaving them... but who wants to eat microwaved food? I baked them in the oven for just short of fifteen minutes.

I sliced up some of Beehive Cheese's "Barely Buzzed," a cheddar rubbed with coffee and lavender. This cheese is intense: a sharp bite with earthy flavors underneath and bit of caramel-sweetness. It is best eaten in small bites. (Something I learned the hard way.) I bought a small container of corn and arugula salad from Whole Foods and spooned some onto the plate.

I also mixed up some sour cream with Texas Champagne hot sauce, just in case the rolled tacos were lacking flavor. It turns out they were not. They were surprisingly good. (I've had several similar-looking items from Trader Joe's that skimp on the meat, opting for a small amount of dark meat chicken that doesn't add much flavor to the item.) But they aren't really something I would eat again as a meal. They are more of an appetizer.
Posted by JustinM at 10:19 AM

My scale of sports programming I am looking forward to, on a scale of 1(lowest) to 10 (highest):

Next week's All Star Game at Angel Stadium: 7