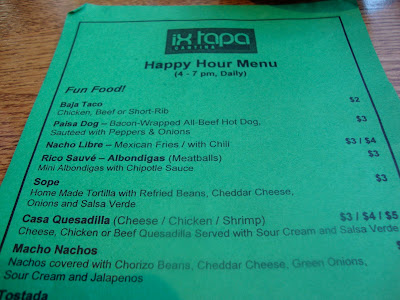 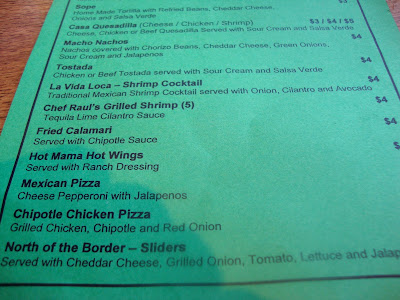 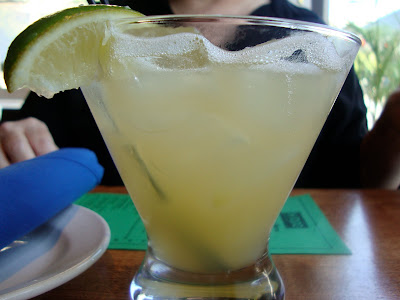 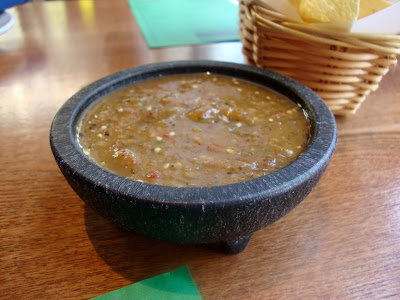 I've written about Ix Tapa twice - once a pretty lousy dinner my friend Tracie and I had there, and once some much better happy hour snacks I ate there in January with Elizabeth and our friend Murph. The latter wasn't anything spectacular and I didn't plan to go back, but I did notice a couple weeks ago that they have an expanded happy hour menu and some interesting-looking items.

This past Saturday was one of the first days we've had lately without the June Gloom stretching into the afternoon; it was actually nice from the morning on. Elizabeth wanted to go to Paseo Colorado to visit a couple stores and as we literally were walking out the door I got a phone call from our friend Carla. She asked what we were up to and mentioned she was going to Paseo.

After the ladies did some shopping and I did, well, a lot of standing around, we wanted to get a drink and some food. I suggested we try Ix Tapa. We took a seat in the bar by the open doors, with a warm breeze blowing over us. Elizabeth and I ordered large pints of Blue Moon and Carla got herself a margarita. We dived in to the chips and salsa and ordered several items off the happy hour menu. 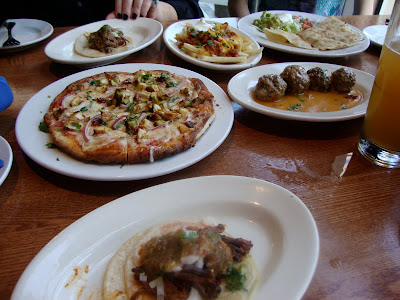 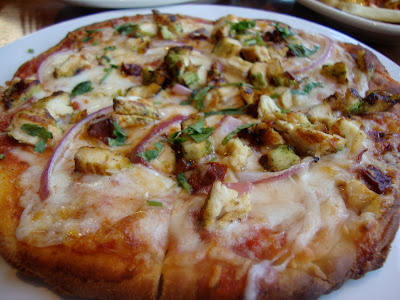 Chipotle chicken pizza - $4. The toppings on this were very good: the classic chicken/red onion combo was tasty and every few bites you hit a nice, spicy depth charge of chipotle sauce. I wish there had been more of it. The crust was lousy - I was thinking Boboli, although Carla accurately pointed out it tasted like a frozen Stouffer's crust. But for $4, a decent value. 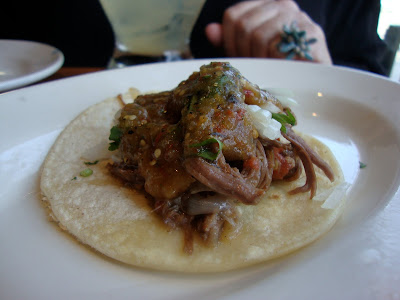 Shredded beef taco - $2. This was Carla's and I did not try any of it, but she liked it. And I had my own taco: 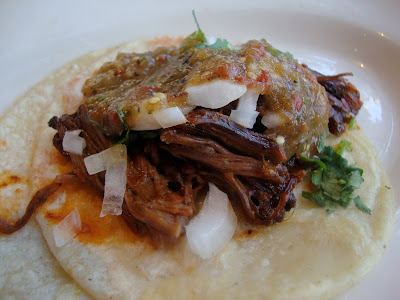 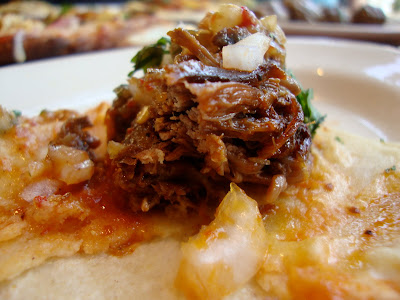 Short rib taco - $2. This was really good. I should have gotten a couple. I gave Elizabeth a bite and she agreed it was very tasty. The meat wasn't too fatty, which short rib tacos always seem to be, and the sauce was a nice complement. 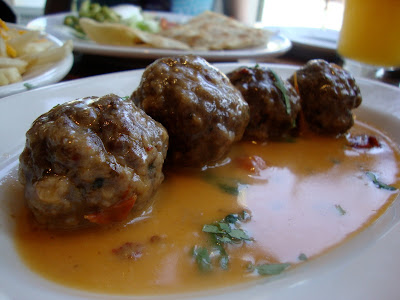 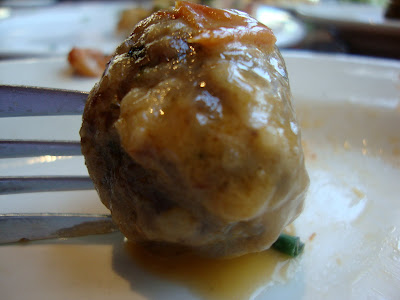 "Rico Sauvé" (meatballs in chipotle sauce) - $3. The phrase Rico Sauvé was one I didn't think I would hear again for the rest of my life, unless it was on one of those VH1 "Remember Everything That Sucked In The 90s But People Somehow Liked" shows, sandwiched between songs by Color Me Badd and Hanson.

The meatballs were lousy - overcooked and bland. The chipotle sauce was very good, though. Not quite good enough to rescue the dish, and I wouldn't get these again, but we were able to eat them all and at least at that price it wasn't a total waste. 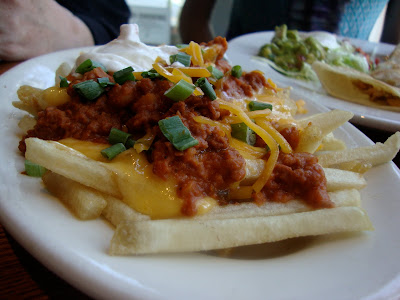 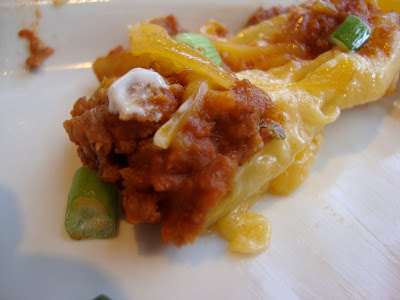 "Nacho Libre" (chili fries) - $4. The fries were limp and not very warm and the chili was the same kind of stuff my high school cafeteria served, which is to say bad, but washed down by cold beer on a summer afternoon, the dish wasn't terribly offensive. The whole of the experience was definitely more than the sum of its parts. I would not order these again, though. (They really weren't very good.)

But at least the name Nacho Libre made me happy. ("I do not believe in God, I believe in Science.") 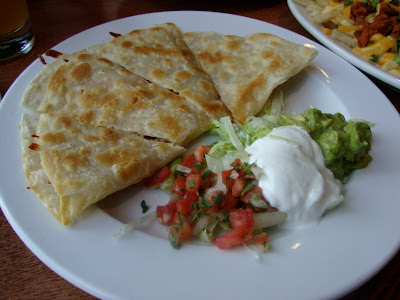 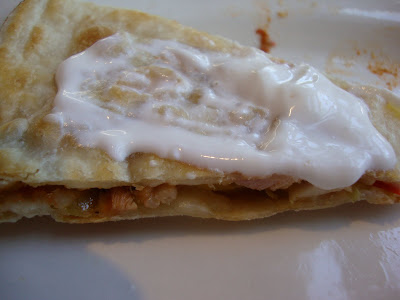 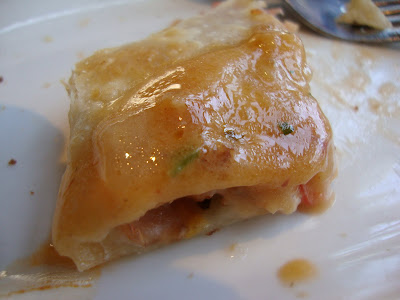 Quesadilla with chicken - $4. This was my favorite of the items we had. Back in January we'd eaten one of these and I was not impressed; it was a thin quesadilla without much inside. But this one was full of chicken, sauteed onions and peppers. It was juicy and flavorful. I tried it with sour cream but didn't think much of it, then decided to add some of the chipotle sauce from the meatballs. This was excellent. I would not hesitate to order this again.

Like the last time I had happy hour at Ix Tapa, it was much better than the dinner I ate here. We watched some of the Dodgers/Yankees game, had another drink, and went on our way. If it hadn't been a nice summer day, perhaps I would not have enjoyed it as much, but it was relaxing and, although the food wasn't anything special, it was decent and inexpensive.
Posted by JustinM at 9:18 AM

It's 5:30 in Dublin so have a pint of Guinness instead.

PP- what's up with carla's ring? it looks pretty crazy. like a little dragon or a bug or something.