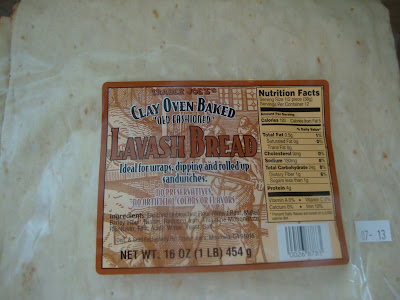 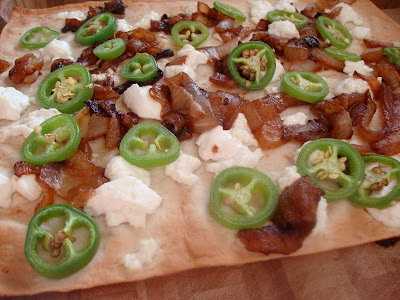 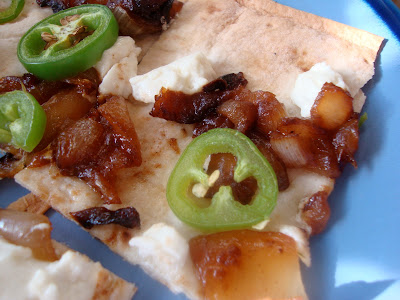 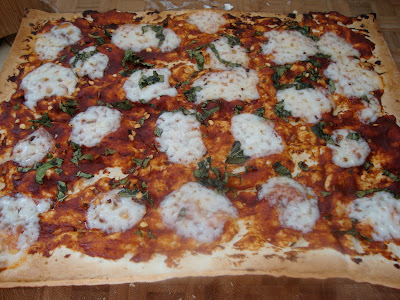 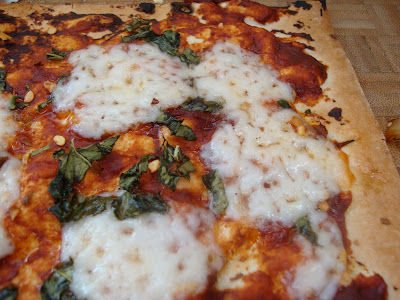 I was never a big fan of the now gone Crown City Brewery. I did not dislike it by any means, but I always felt out of place there, like everyone else was in on some secret joke of which I was not aware. I just never quite got the appeal of the joint. But there was one great thing about it: for years my friends and I could usually sneak in just before the kitchen closed, order a bunch of appetizers, and avoid the dining scene in Old Town. We would sit at a high table, drink Red Stripe and share all the food. (As my friend Hatcher pointed out, it was much closer to the purpose of tapas than many of the tapas restaurants in Old Town.)

We often ordered popcorn shrimp, usually potato skins, and sometimes chicken fingers or whatever else we were in the mood for, but one item was immutable: the smoked chicken lahvosh. (Yes, it's spelled differently; there are several accepted spellings.) Lavash is a very thin Middle Eastern flatbread that, until I started eating it at Crown City, I had thought of only as a wrap. It had never occurred to me to bake it in an oven with toppings. I love thin crust pizza and this was as thin a crust as you could get.

A few years ago, Trader Joe's started carrying lavash and I started buying it and making my own flatbreads at home. They are ridiculously easy to make, every bit as tasty as pizza, and quite a bit healthier. I know health isn't always a major consideration of this blog (what the hell am I saying, health isn't any consideration of this blog) but I would like to point out that one entire lavash contains 240 calories; a stretched out ball of Trader Joe's pizza dough contains about five times as many.

So, being in the mood to watch the Home Run Derby and not make anything too fancy last night, I decided to make a couple lavash pizzas for dinner.

While at Trader Joe's, I noticed they have Vidalia onions now. For anyone who is not familiar, Vidalia onions are grown only near Vidalia, Georgia. (The Georgia government has strict definitions of what can be called a "Vidalia onion.") The low amount of sulfur in the soil yields an onion that is literally as sweet as candy. This one cost 89 cents at TJ's.

I caramelized the onion in a Le Creuset pan, then spread the onions and olive oil on a lavash, with goat cheese and slices of jalapeno. In less than ten minutes it was crispy and golden. And delicious. The jalapenos were spicier than I was expecting, but they still offered a nice bite to play off the sweetness of the onions and smoothness of the goat cheese.

The second lavash I made was simpler: pizza sauce, Drunken Goat and fresh basil. This one was also great, although I decided after my first bite that it needed a few shakes of red chili flakes to give it some extra flavor.

The best part about a package of lavash is that I still have four of them left. I am plotting what to make next.
Posted by JustinM at 10:30 AM

A very good description of our famous Georgia sweeties! Thanks for being a fan, and the dish sounds delish!

I didn't even know there was a committee. At any rate, you are welcome. I love Vidalia onions.

Absolutely! I work directly for the farmers :) Check out the website--lots of neat recipe ideas!

I definitely preferred the goat cheese, jalapenos and onion one. The flavors mixed beautifully.