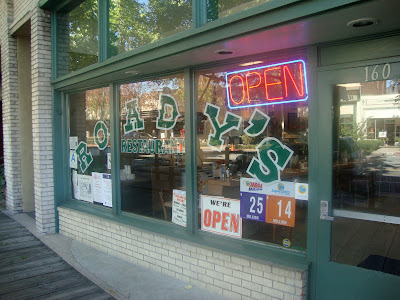 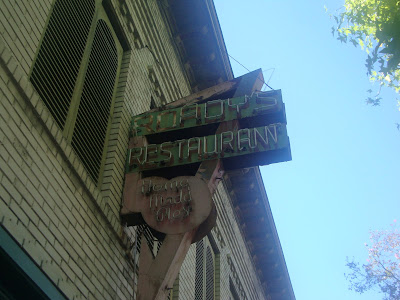 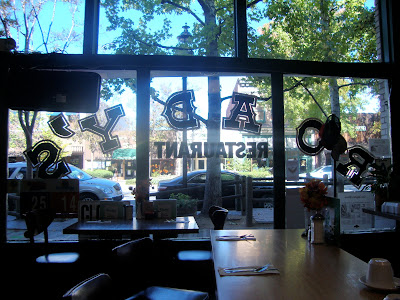 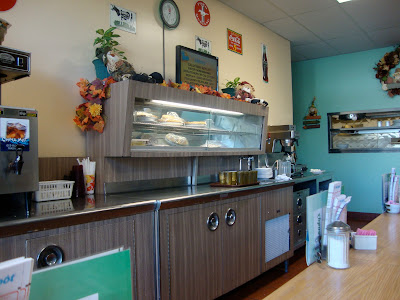 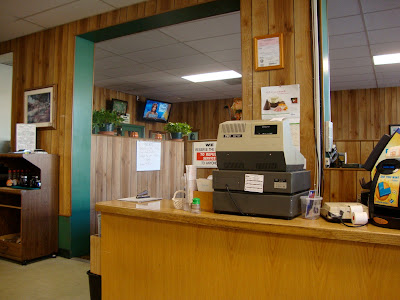 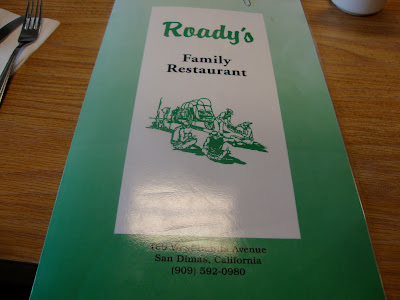 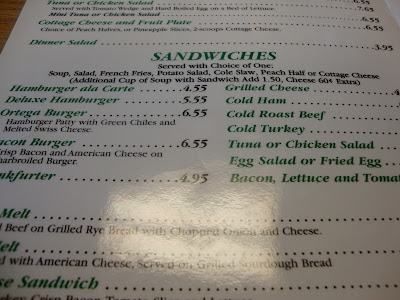 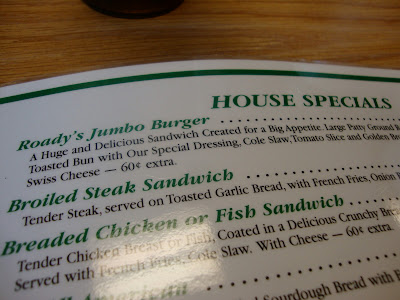 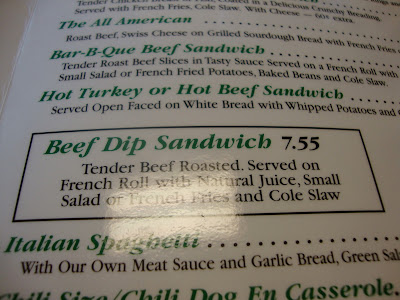 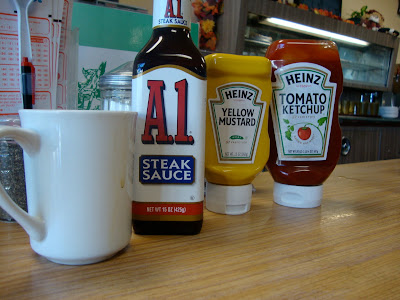 My brother recently bought a condo in San Dimas and I went out to see it. (It's right across from San Dimas High School. I couldn't resist when I saw kids out playing football on the playground. "San Dimas High School football rules!" I mean, come on, how many times does anyone ever get a chance to say that in real life?)

We had planned to go out to lunch, but a brief look at Google Maps for restaurant ideas did not help me: it was a curious mix of places I loathe (Burger King, Applebees, IHOP) and places I thought went out of business decades ago (Cask & Cleaver still exists?)

"We could go to Roady's," my brother suggested.

'What kind of a place is that?" I responded.

I couldn't argue with that, so my brother drove us to Old Town San Dimas, an area I'd never been to before, perhaps never even heard of. There were wooden sidewalks and horse crossing signs and I was almost ready to declare the whole thing too cute by half, until I saw the Grain Co. and people loading up their trucks with feed for horses. I loved this; this wasn't just some part of town dressed up to look old, it actually is old. (I tried to imagine a place like this in Old Town Pasadena, people pulling up on Colorado Blvd in a truck with goats in it, and it made me very happy.)

The inside of Roady's is the kind of diner I've been in many times before and I knew exactly what to expect: the waitresses will greet 75% of the customers by first name, at least half a dozen men will be wearing retired military hats, lotto forms are available on every table, in the three seconds it takes you to move into your seat at the counter your coffee will already be poured for you.

"What should I get?" I asked my brother.

He told me he was going to get the beef dip. When the waitress ambled back our way after a few minutes I asked her if the "Roady's Jumbo Burger" is any good.

That was reassuring; at least I knew I probably wouldn't be poisoned, so I ordered one, a half-pound burger with grilled onions. After the waitress walked away my brother asked me if she'd asked how I wanted it cooked.

"No," I said, "but this seems like the kind of place that cooks all meat one way: however they choose."

"That's Roady's!" he said with a giant smile. 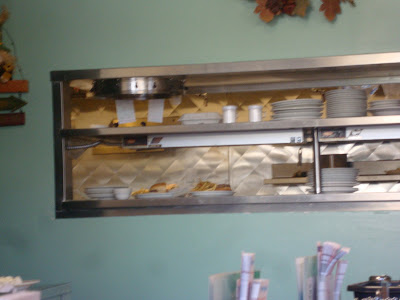 Did our food sit in the pass several minutes while our waitress discussed her dog with a customer? You know that it did. 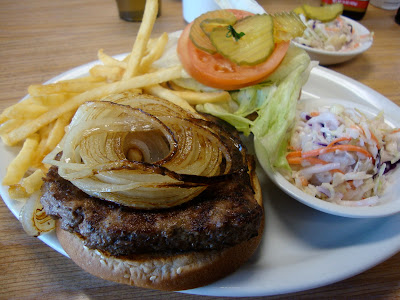 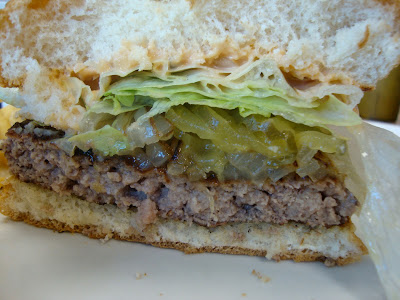 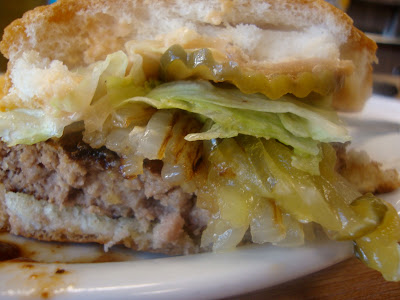 My burger was cooked well-done on a slightly-stale bun, with Restaurant Depot-quality fries and slaw... and I loved it. I poured a little A.1. sauce on it, ate it slowly with my coffee and savored every bite. This is not gourmet food, this is diner food. It's not great, but it gets the job done. 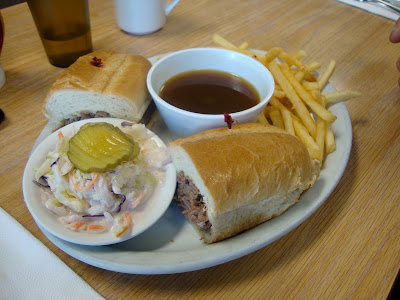 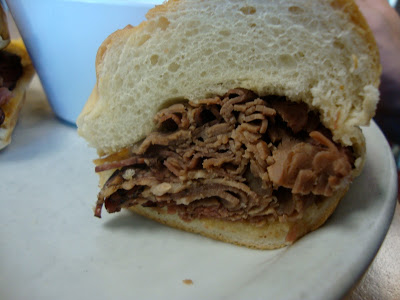 My brother's beef dip, which he inhaled with a shocking quickness. He doesn't like cole slaw so he gave me his, but it was too much food and I couldn't even take a bite of it.

"How was your dip? I asked.

I would gladly go back to Roady's some day, although I doubt I ever will. It's nothing special but then again it doesn't try to be. It is what it is. Lunch for the two of us was a hair over twenty bucks and everyone was friendly. This was my first time in Roady's but I would be willing to bet it hasn't changed in decades. We were 28 miles from Los Angeles but it could have been 2800.
Posted by JustinM at 10:40 AM

Was there anyone else in the place? It looks like a ghost town!

I went there once for Mother's Day breakfast. It was the perfect diner breakfast and I enjoyed it as much as any fancy brunch fare I can remember having.

Anon: There were actually a lot of people in the dining area, but only two others at the counter. I snapped quite a few pics, though, so I was able to use a couple without people in them.

SuperLarge: I get the feeling they do a much bigger breakfast business and the breakfasts are better than the lunches.

I LOVE diners! My love of diners knows no bounds.