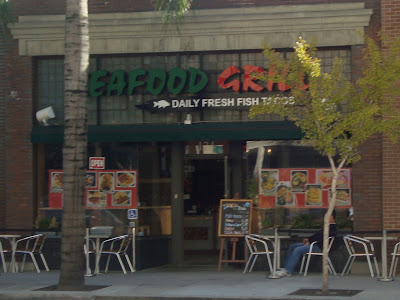 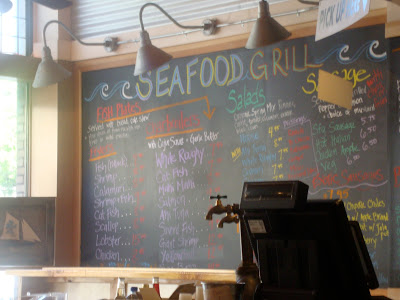 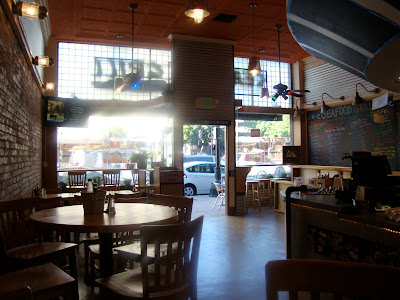 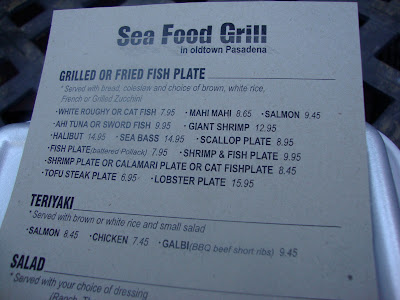 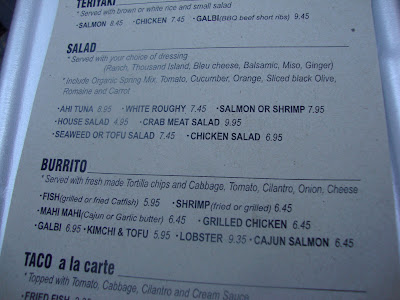 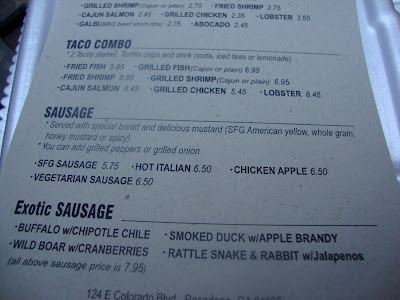 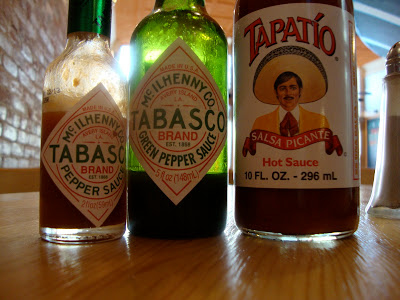 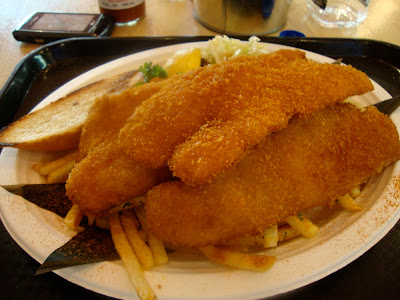 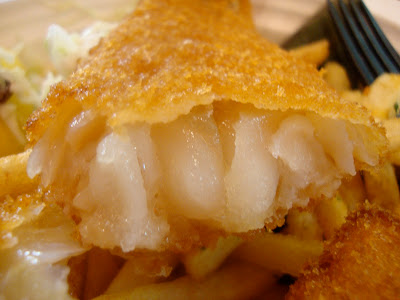 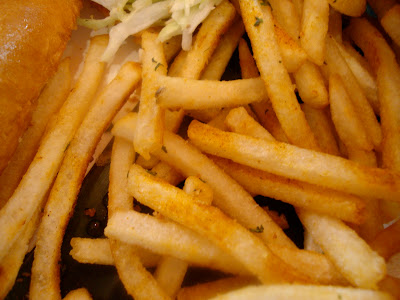 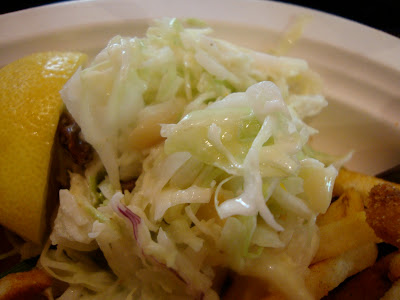 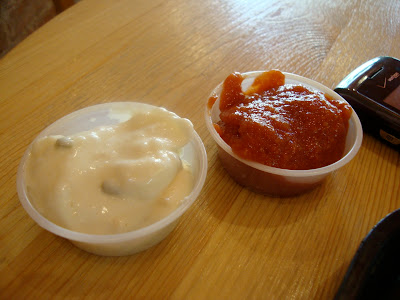 Seafood Grill opened five months ago on Colorado Blvd, on a block I have had no reason to visit since Hooters closed. (I'm mostly joking; although I do not remember the last time I was on that side of the block, it has nothing to do with the closing of Hooters.) Two things about the place stopped me from trying it right away: 1) I heard lukewarm reviews from several people, and 2) they don't have a website, thus no way to view their menu besides looking at photos on Yelp or other blogs.

(That second one always gives me pause. I know someone who will design an impressive-looking website for less than $400. Is that too big an investment for a restaurant to advertise their menu? Is it just that they can't be bothered? And if it's either of those things, what other corners are they cutting?)

The other day I was walking through Old Town and had not eaten all day. I got a text from my friend Tracie that New York Deli is finally open and that sounded good to me. But then I got close to OT and started thinking about it: did I really want to try the place on the first day? Has that ever worked out for me before?

So I decided I would try Seafood Grill. Some fried shrimp sounded good and, being that it was a hot day, I hoped they served beer and I could wash the food down with a cold Pacifico. (Turns out they do not serve alcohol.)

I texted Tracie that I was going to try Seafood Grill. She replied: "It's pretty good."

I barely glanced at the menu since I knew what I wanted, so I ordered the fried shrimp plate. I sat down and waited about ten minutes. I was the only person in the place and I could clearly hear the sound of my shrimp hitting the fryer, a sound that never ceases to please me.

My plate was brought out to me. And it was fish. But I was really hungry. I looked at my receipt - he had charged me for fish. (The shrimp is slightly more expensive than the fish so if he'd charged me for shrimp I would have said something.) No big deal, a simple misunderstanding, so I decided to eat the fish.

It was, as my friend said, pretty good. The fish was flaky and moist, but it was kind of a joke how breaded it was. Each bite tasted more of breading than fish. That's okay with a $1.50 box of Kroger fish sticks, but when I get fish & chips at a restaurant I expect a little more. At least the fish was decent quality, though, or I would have hated the plate. The fries and cole slaw were above-average, but nothing special.

In the back of the restaurant is a salsa/cocktail/tartar sauce bar where you can help yourself to as much as you want; definitely a bonus for me as I love a good, spicy cocktail sauce, which this was. I may have gone through three helpings of it.

I could only eat about half the fish so I took the rest to go and gave it away to someone (who loved it). Overall I have to say I liked Seafood Grill. It's always nice to come across a place in Old Town where you can get a full meal for around ten bucks, and the two employees I talked to were very friendly. I would be more than willing to return and try the fried shrimp or perhaps a plate of grilled mahi mahi.

I want to try this place. I enjoy fried food (not shocking, I know).

I like how the menu reads "CAT FISHPLATE" instead of CATFISH PLATE".
Makes one wonder...

No, they actually give you a cat and a plate of fish. Why do you think Liz wants to try the place?

I have not been, but am guessing the owners are Korean FOB's. I see they offer Galbi(under the Teriyaki section, no less) and kimchee burritos. And although their restaurant is Seafood Grill, the menu reads Sea Food Grill.