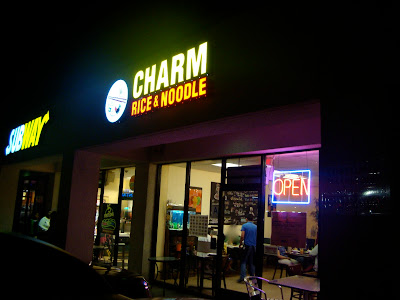 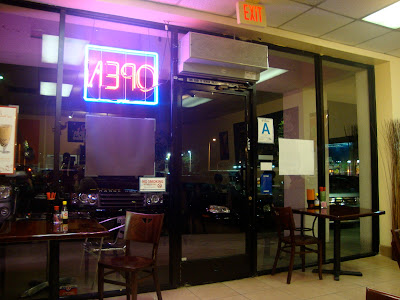 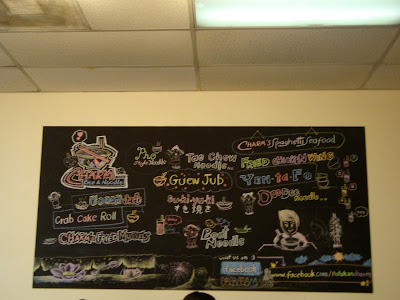 It was a cold night, the kind of cold night I don't remember in November. (Can you tell I grew up in Southern California?) My thoughts were about something warm; my thoughts were about not going anywhere far away. The kitchen was the closest thing, of course, but I was not in the mood to cook. I suggested we try Charm, a relatively new Thai place in a Pasadena strip mall that I'd noticed not long ago on a trip to Subway.

It wasn't busy when we walked in. The guy behind the counter gave a sweeping gesture indicating that we could take whatever table we wanted. 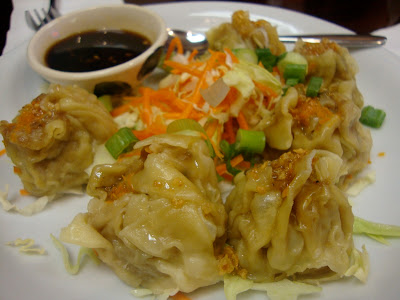 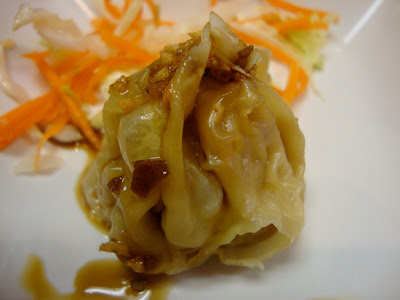 We started with an order of Kanom Jeeb - chicken, shrimp and water chestnuts steamed in a wrapper. I liked this but Elizabeth did not. She is not a fan of water chestnuts, and she detected a tofu-like taste in the dumplings. (I did also, but that doesn't bother me like it does her.) So I got to eat most of these. I wouldn't mind getting them again, but I will explore other appetizers next time. 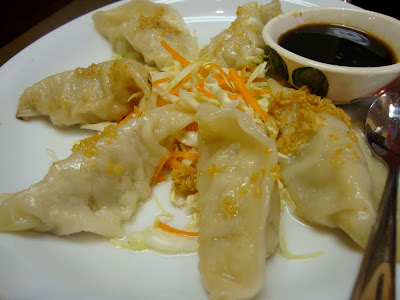 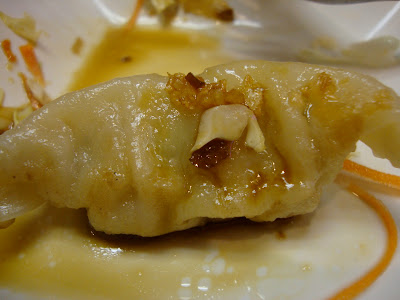 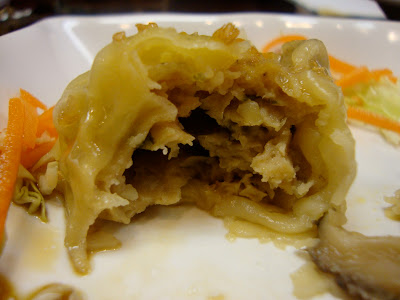 We also got some potstickers. The menu claims they are grilled but I saw no evidence of that; they seemed steamed just like the Kanom Jeeb had been. At any rate, they were very tasty and we devoured them. 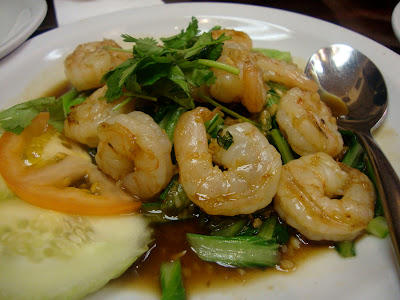 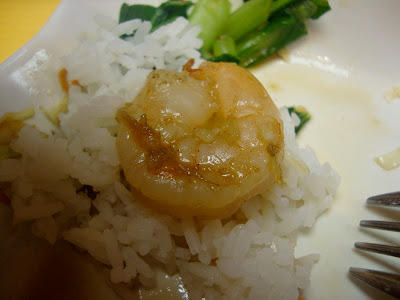 The first of our entrees was the Khao Garlic Shrimp - shrimp sauteed with garlic sauce and fresh vegetables. Elizabeth liked these more than I did. I loved the veggies, but the garlic sauce was too salty for me and the tiny shrimp tasted like the defrosted-and-quickly-cooked shrimp that usually make me cringe, the kind of shrimp you get in a $1.99 Lean Cuisine. 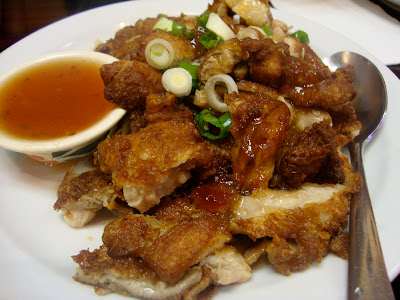 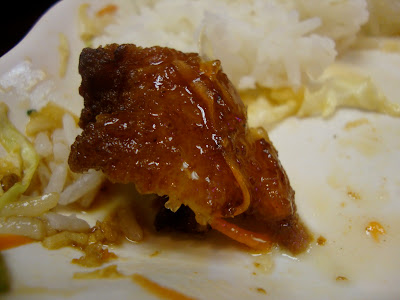 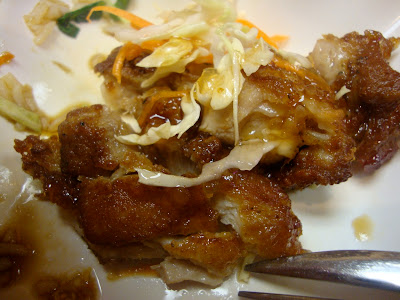 The second entree was Khao Gai Tod - rice with crispy battered pieces of chicken and a sweet sauce. (I'd originally ordered a noodle dish but was told that was unavailable at the moment.) We both loved this. The batter was crunchy enough to rattle your teeth and the chicken was tender and juicy. The "sweet" sauce wasn't really sweet, which is a good thing. (Although in my experience, "sweet" often simply means something that isn't full of salt.) Neither of us would hesitate to order this again.

I will certainly return to Charm at some point and try some more appetizers, and hopefully the noodles that I want will be available next time. It's not the best Thai food I've had, but it's good and it's very close by. And it warms me up on these frigid nights when the temperature gets below 65 degrees.
Posted by JustinM at 9:39 AM

Funny - the names of the dishes sound like Thai food but the dishes look and seem more Cantonese. If it weren't for the cilantro, I wouldn't be able to tell the difference.

I want to go just to get a better look at the chalk board; it looks fun.

No doubt. They are the sister restaurant of long-existing Patakan Thai, right next door in the shopping center. The menu at Patakan is much more what I think of as traditional Thai.