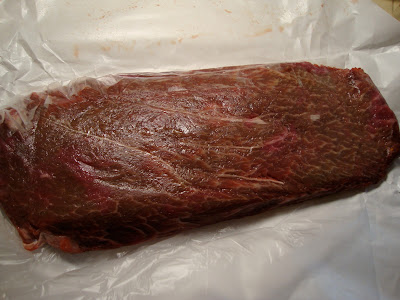 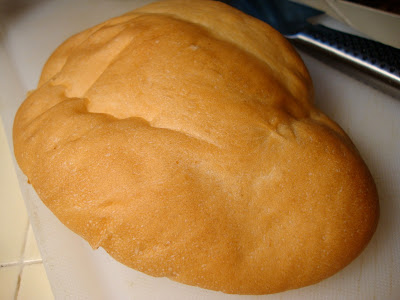 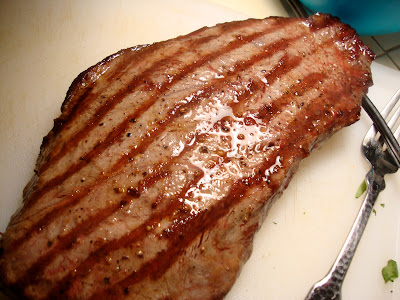 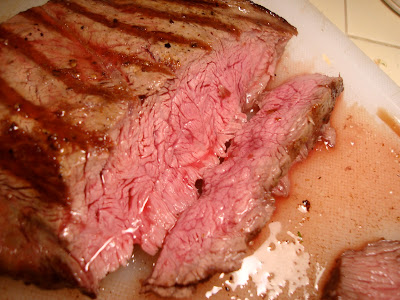 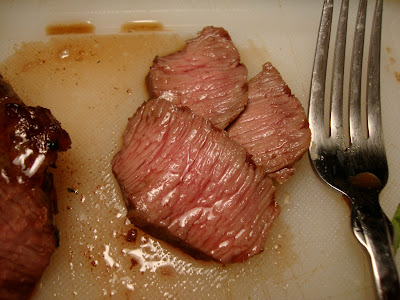 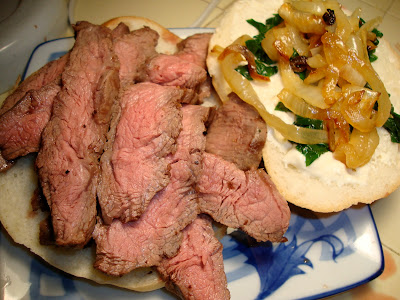 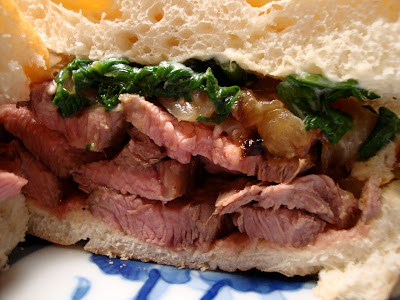 We're through the looking glass. We live in a decade where the Red Sox, White Sox, Angels, and now the Giants have all won the World Series. My God, the only team to win more than one title in the last ten seasons is the... Red Sox?

Last night was the final night of the World Series. Not guaranteed, of course, but anyone who has watched this series knew that last night was most likely going to be the end of it. (For those who aren't baseball fans, San Francisco's pitching has been dominant and Texas has rolled over - even getting shut-out twice, the first team to do that in a World Series in 44 years.) So it sounded like a good night to make dinner at home and sit in front of the TV.

In the last couple months, Taylor's in Sierra Madre has started carrying a prime cut of flat iron steak. That's never been my favorite cut of meat, but I have to say, these are simply spectacular. (They're priced less than ten dollars per pound; if you ate one of these in a steakhouse you would easily pay three or four times the amount... and be content.)

I took out the indoor grill, got it fired up hot, rubbed the steak with some crushed black pepper and butter, and placed it on the grill. About seven minutes on each side, I took it off, covered it for a couple minutes, and turned my attention elsewhere.

King Ranch Market has sandwich rolls for the ridiculously low price of twenty-five cents each. The fact that I just discovered these rolls - after years of searching for the perfect sandwich roll - is both sad and exciting. I sauteed some onions in olive oil and some fresh spinach, sliced the rolls open and placed some of the toppings on each.

Was it the best sandwich I've ever had? No. Was it the best sandwich I've ever made? Quite possibly. The soft bread was the perfect texture for the sandwich, and each bite melted on the tongue. One of my best friends refuses to use condiments of any kind, and I've always thought that quirky but completely unrealistic for me, especially with sandwiches. But I would not have added a drop of condiment to this sandwich.

I will be making these again very soon. If I didn't have such a busy day ahead of me I might start making one right now for breakfast.
Posted by JustinM at 10:08 AM