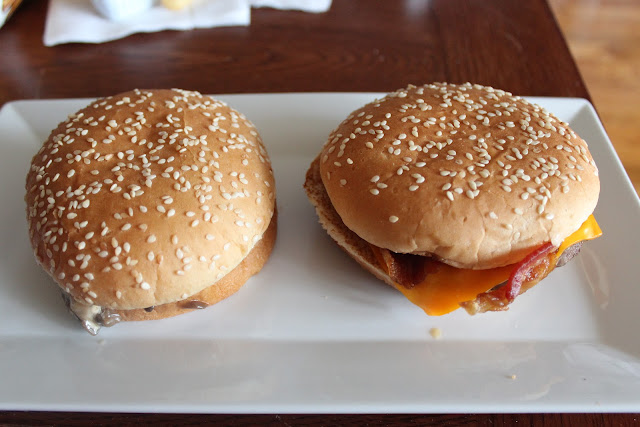 Last October I tried Burger King's "BK Topper" in the Western BBQ offering and was pleasantly surprised. While I did not care for the stale bun, I thought the crunchy onion rings and tangy barbecue sauce were a nice combination. The meat was, let's just say, not terrible.

I'm not a Burger King fan. I won't go into all my thoughts on the place, it's just my least favorite fast food chain. Everyone has to have one. So I hardly ever go there (despite the fact that two years ago I had a Whiplash Whopper that turned out to be one of the best "big chain" fast food burgers I have ever had). But Elizabeth really likes their Original Chicken Sandwich and every once in a while has a craving for one. The other day we got a flyer in the mail that BK is doing a buy-one-get-one-free promotion for the Original Chicken Sandwich. So we decided to head there.

I decided to try two different BK Toppers: the Bacon & Cheddar and the Mushroom & Swiss. 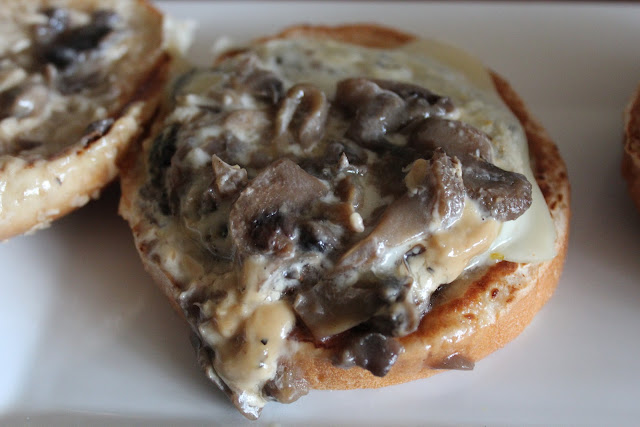 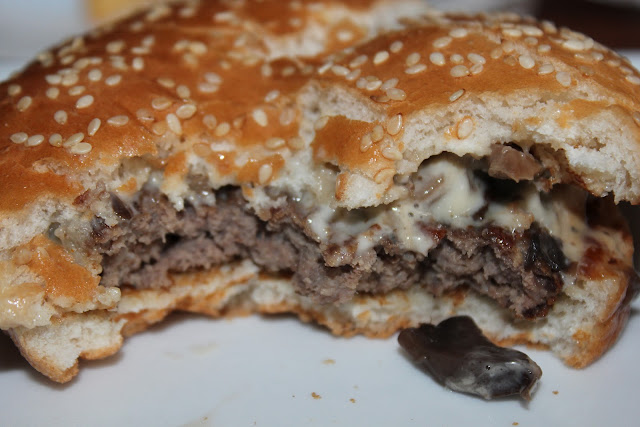 I'm not entirely sure why I ordered this version. You know, since I don't like mushrooms. (I've never been too bright.) I guess I figured that I've had some mushrooms lately that I didn't mind and that maybe I was actually start to not mind them.

But these mushrooms were terrible. I tried two bites and wiped them all off. I liked the cheese, though. 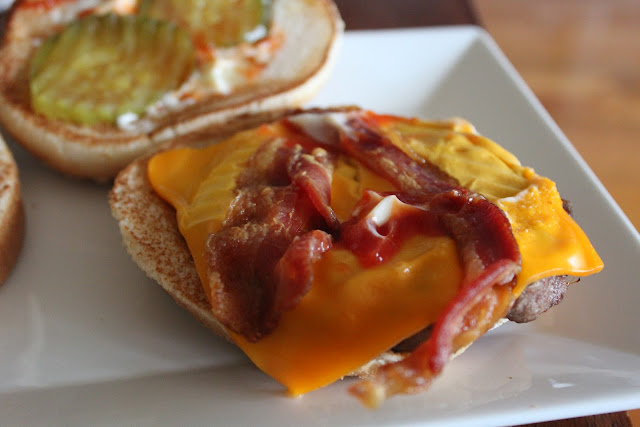 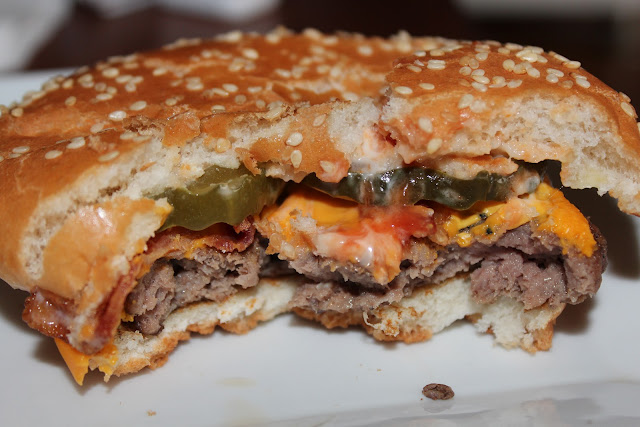 The bacon & cheddar burger tasted better. The bacon was relatively crisp (for fast food bacon) and the cheese, while not as good as the Swiss, was better than I was expecting.

I don't mind these burgers. That's damning with faint praise, sure, but considering how much I loathe almost everything from Burger King, that's almost a compliment. They're only $1.99 each, and I like them more than the Whoppers and Chef's Choice burgers that cost twice that price.

The meat in these burgers isn't terrible, but the buns are. With a softer (or, I guess, fresher) bun, these burgers would probably be my favorite thing I have ever had at BK. As it is, I will just get one of these BK Toppers from now on whenever Elizabeth wants her Original Chicken Sandwich, but I'll never seek them out on my own. At any rate it's nice to have something at BK that I don't hate.
Posted by JustinM at 9:30 AM

Have you had the Burger King Double Cheeseburger?

If so, what do you think?

I enjoyed the bacon-cheddar topper the only time I had it, and the $1.99 price point seems about right; not a real chintzy like a value menu burger, but not too expensive for a quick snack.

sfmitch: Yes, two years ago I did a taste test between that and the McDouble. I loved the pickles on BK's burger - probably the best I have ever had on a fast food burger. But that was the only thing I preferred to the McDouble.

what's with the combining of pickles and bacon? theyre such divergent tastes to me.