Blutarsky and the Last Days of Dublin Dr Pepper 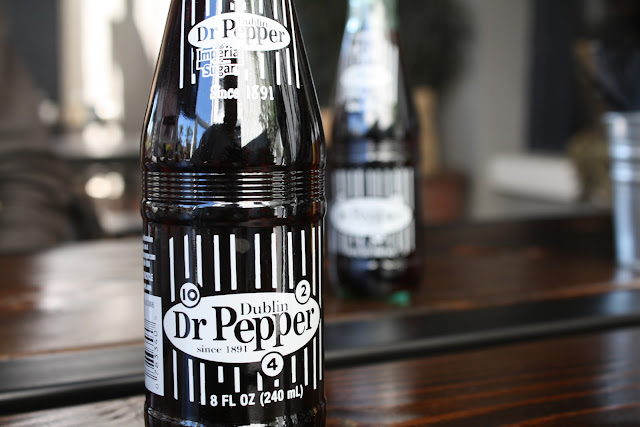 It was a sunny day, so we decided to head up to Dog Haus Biergarten and eat lunch on the patio. I knew Elizabeth would be getting her usual Holy Aioli burger, but I felt like a hot dog. I was browsing the menu when Elizabeth pointed out something that I hadn't noticed. You know, because it was right in front of my face: 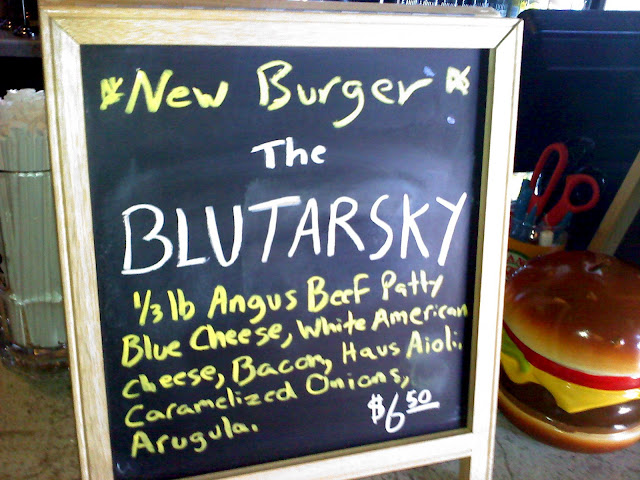 We also got two bottles of Dublin Dr Pepper. I was surprised to see that they still had them, after reading a few weeks ago that it will no longer be produced. I guess Dog Haus has a strategic reserve. 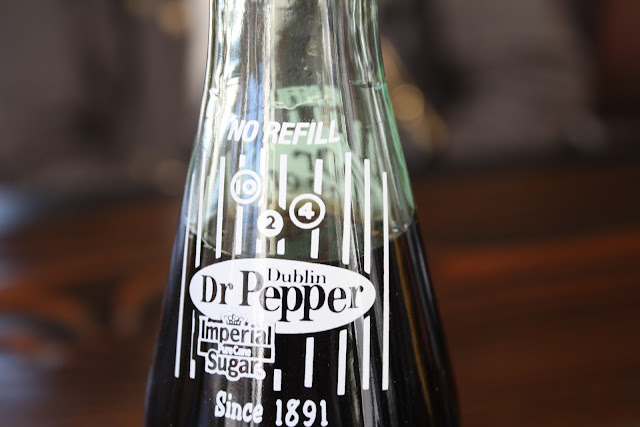 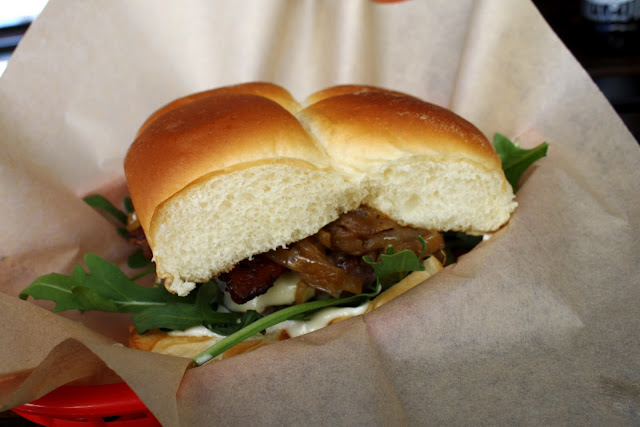 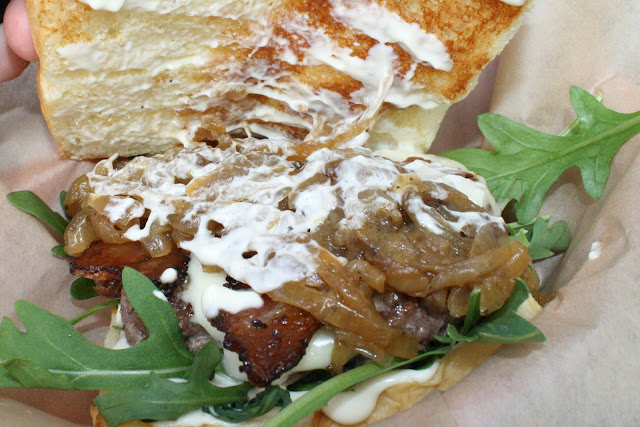 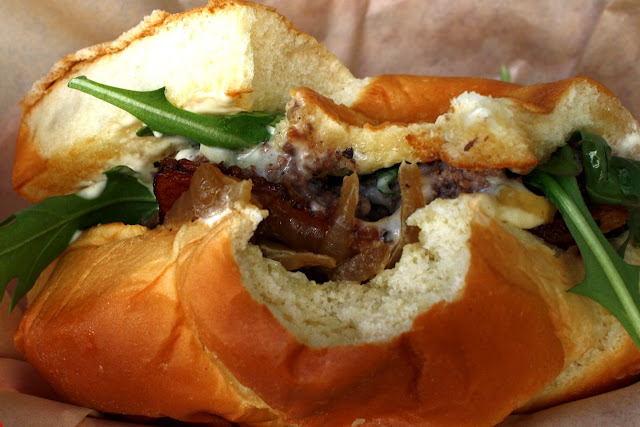 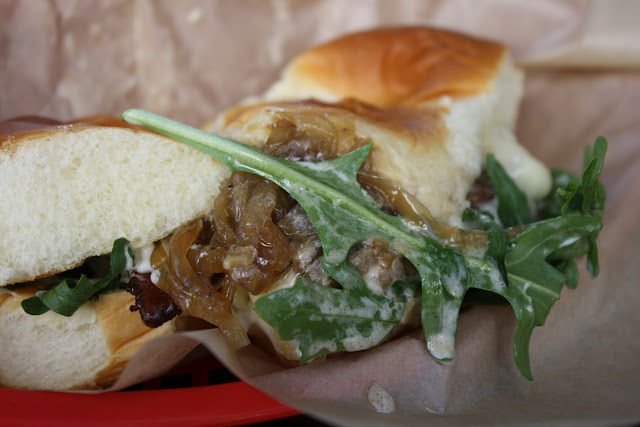 This was one delicious burger. 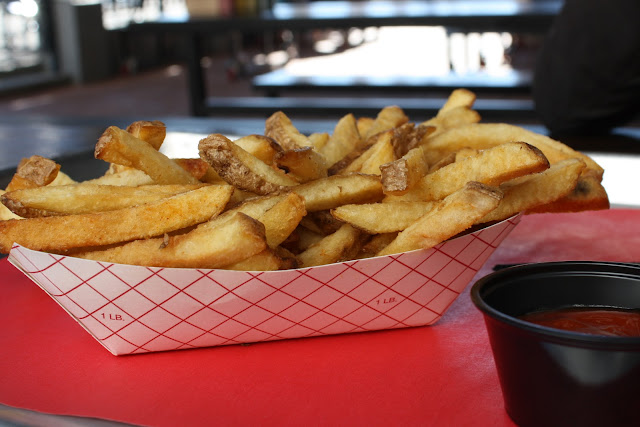 And of course some fries with curry ketchup were in order. 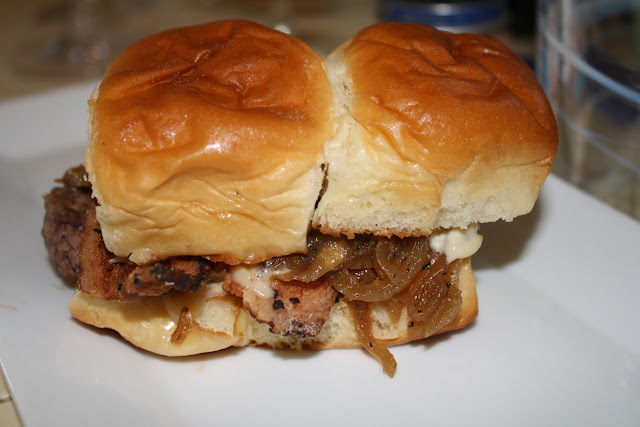 Elizabeth could only eat half her burger so we took it home. I helped her eat it later in the day. Because I'm a nice guy.

The Wine In Winter 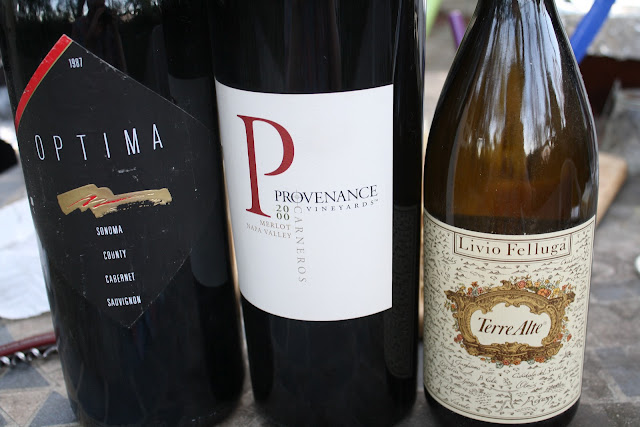 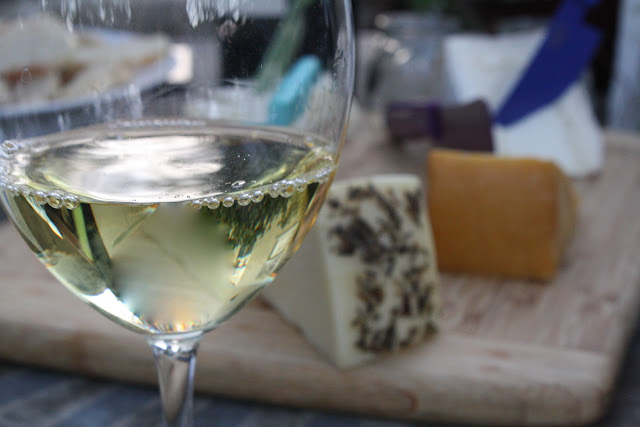 By late afternoon Saturday the weather was just about perfect. The usual gang - Tim, Tracie, Carla and Murph - came over for dinner. We started with some wine and cheese. Tim brought three bottles: Livio Felluga, a wonderful Italian white wine, and magnums of (1987) Optima cabernet and (2000) Provenance merlot. 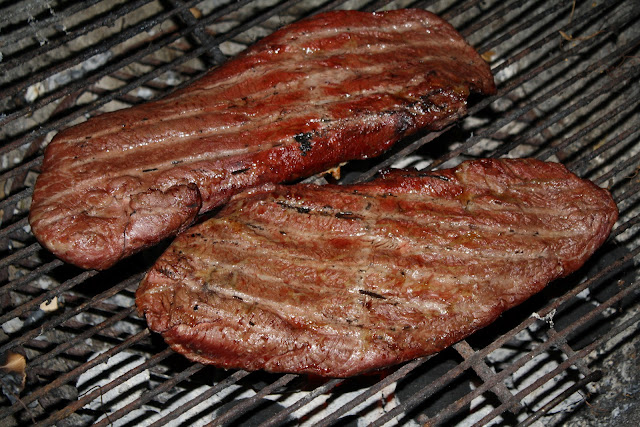 When the sun set and the weather cooled down, I fired up the grill and put on two USDA Prime flat iron steaks. 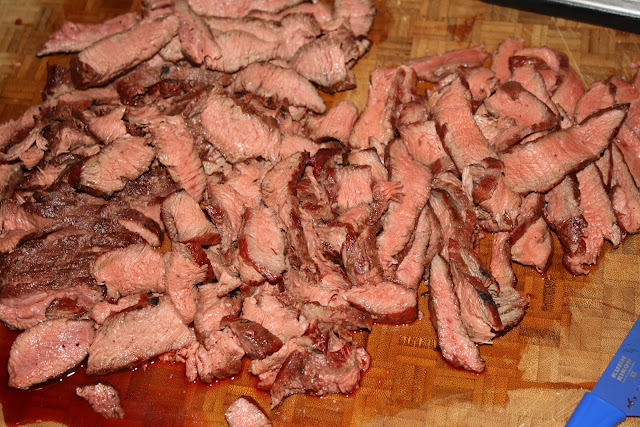 And then sliced them up. 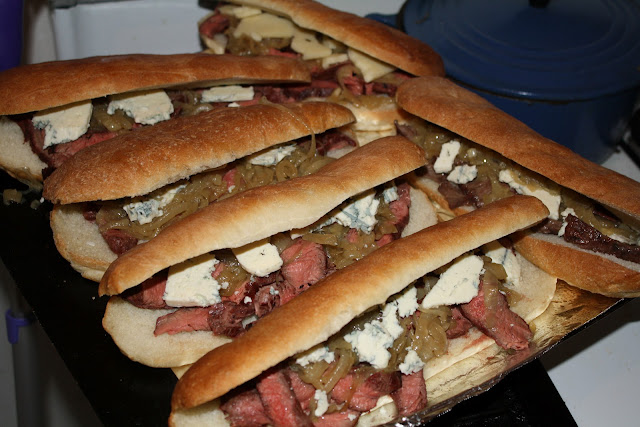 In the morning I had gone to Super King to get telera rolls. I was going to make sandwiches on the panini press. But they were all out of telera rolls. I noticed these long, soft buns, from an Armenian bakery in Glendale. So I decided to give them a try.

Tracie had caramelized some onions for us in the afternoon, and I layered the steak, onions, and blue cheese onto rolls. (Well, see that sandwich in the back? That's Murph's. He requested a different kind of cheese and I happily obliged.) 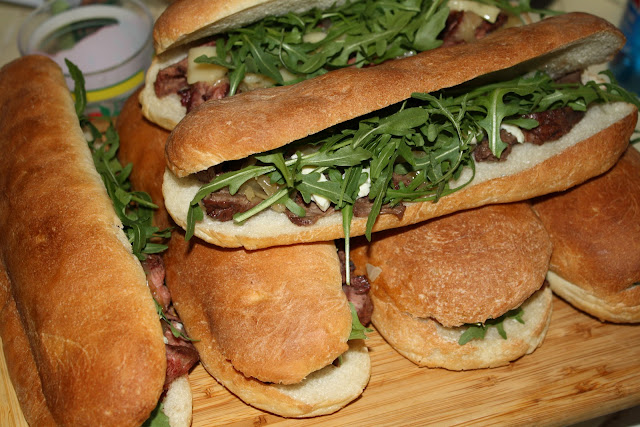 I toasted the sandwiches in the oven for just a few minutes. I wasn't really trying to melt the cheese, just soften it up a little. After removing them from the oven I added arugula. ("It's a vegetable!" - bonus points if you can name the movie without looking it up.) 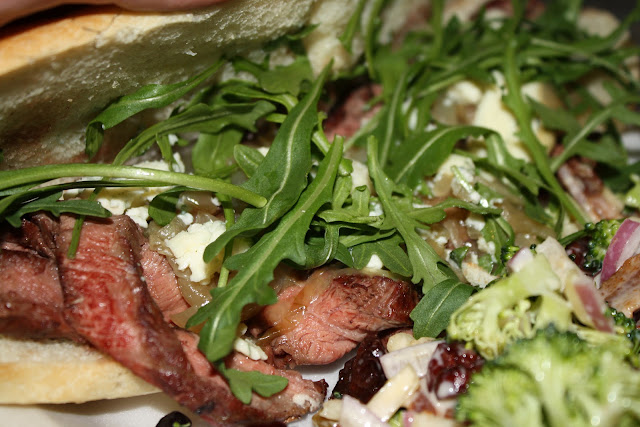 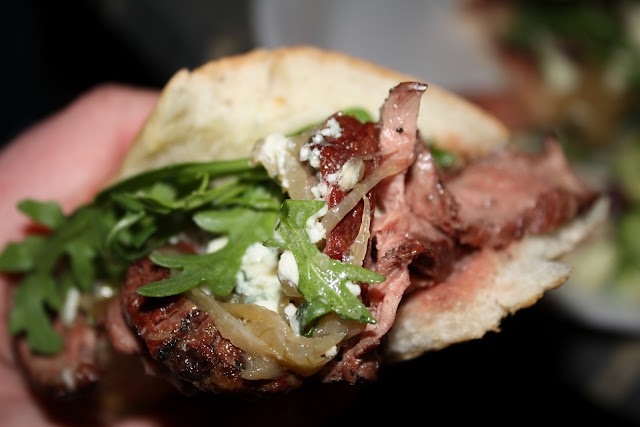 I know this is hard to believe, but these sandwiches were good. So good. 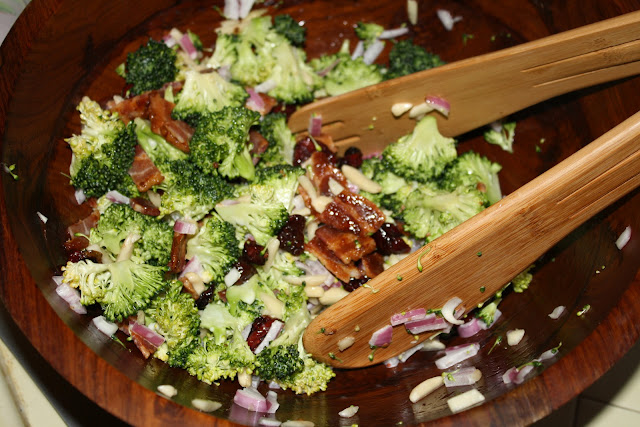 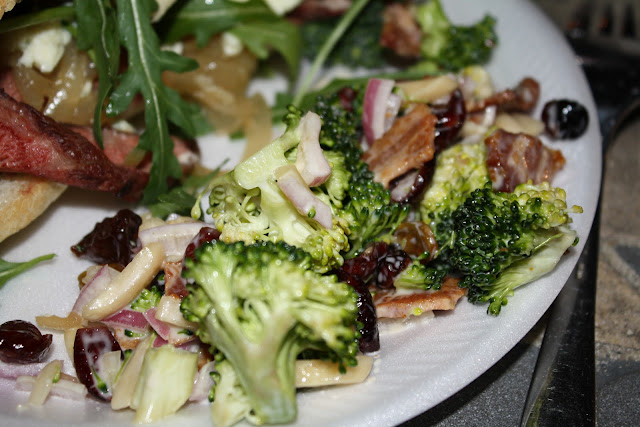 Tim had asked if he could bring anything. (You know, because a magnum of 25 year-old cab wasn't enough.) I said that his broccoli salad would be a wonderful complement to the sandwiches. This salad is fantastic, and if you monitor Elizabeth and Tracie to make sure they don't eat all the bacon out of it, it's even better.

I've had worse dinners in my life than this one. 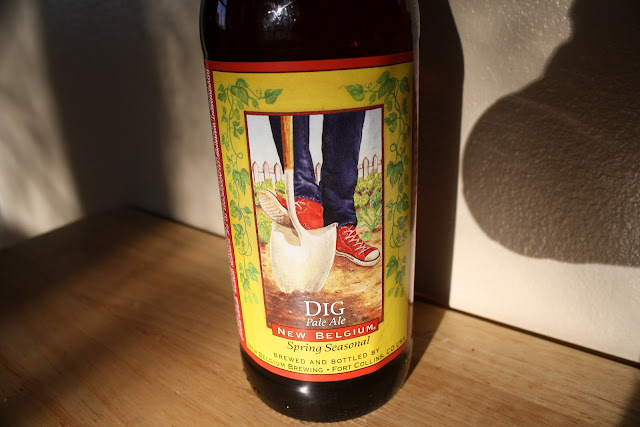 Elizabeth moved to California on February 1st, 2008, and two days later the two of us - along with a bunch of other friends - watched the Super Bowl, my favorite one I have ever seen. Four years and a couple of days later, the same two teams were playing. Of course, she doesn't care about football, but she knew how much I wanted to watch the game. So she watched a Law & Order: SVU marathon all day in the bedroom while I got the big TV in the living room.
I cracked open a New Belgium "Dig" pale ale. This is the first time I have ever had it - well, that doesn't mean much; it's brand new - and I was quite impressed. It was slightly fruity, a definite lemon zing, and plenty of hops. It's the best beer I have had in 2012. (Of course, that distinction will undoubtedly change next week... but more on that later.) 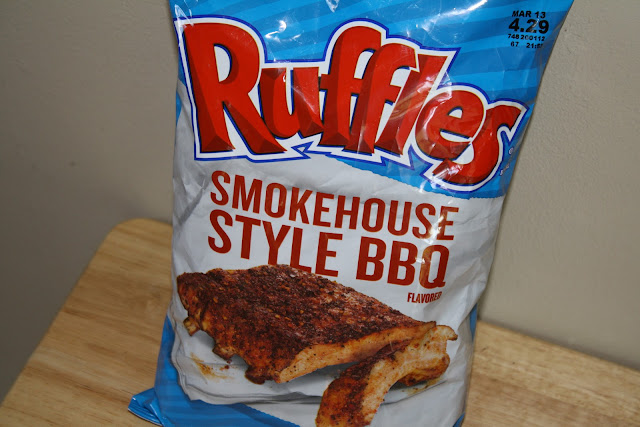 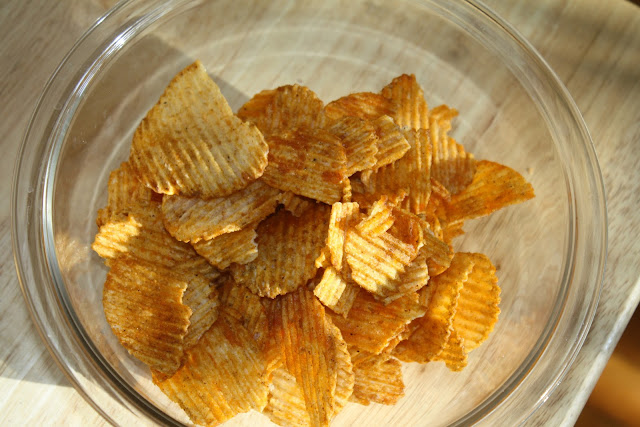 You don't have to have been a reader here for long to recognize that a bag of ruffles advertising itself as "Smokehouse Style BBQ" would appeal to me. And I loved these chips. I don't know about the whole "smokehouse" thing - they just tasted like really good barbecue chips. I could have eaten the whole bag. But Murph came over to watch the game with me and barbecue-flavored chips are one of his favorite things in the world, probably third behind sangria and mochi ice cream. He ate more than half the bag. 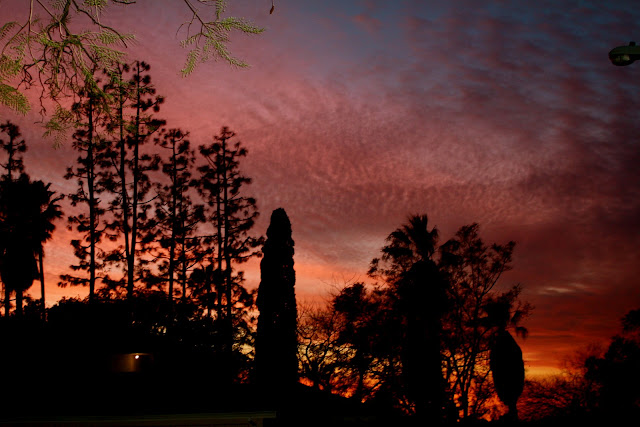 Believe it or not, we didn't have any desire to watch Madonna at halftime, so we sat out on the patio and had a beer. Tracie came by and joined us. 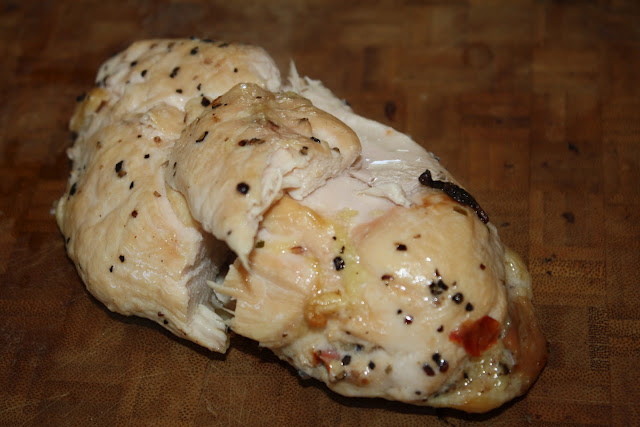 So for the second half, I needed to step it up and serve something more than just chips. I roasted a chicken breast with cracked pepper and lime juice. 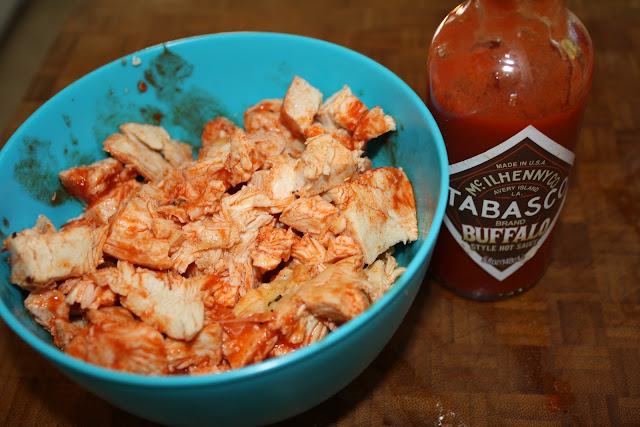 Then diced it up and threw it in a bowl with Tabasco buffalo sauce. 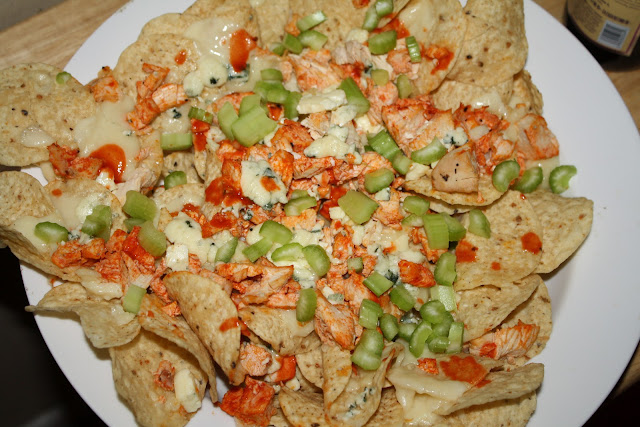 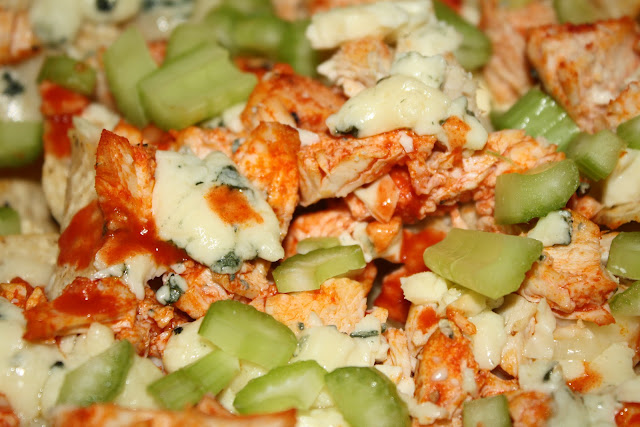 And it all went on tortilla chips with two of the leftover cheeses from the night before - a white cheddar and a blue cheese, which I baked in the oven for ten minutes. When they came out I added some diced celery. 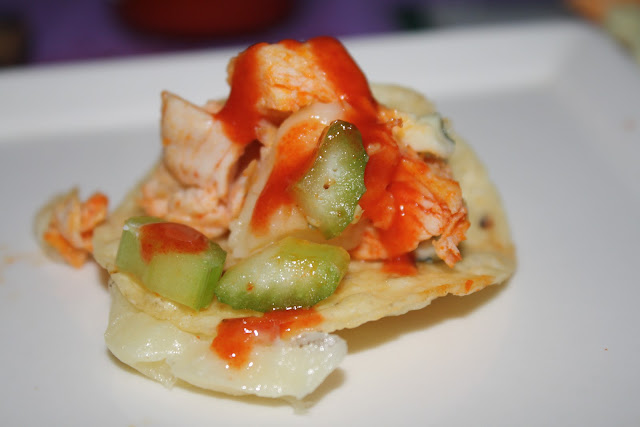 Buffalo chicken nachos. I don't know why I've never made these before. I certainly will again.

And just like four years ago, I loved the outcome of the game.

That looks like a gorgeous steak sandwich! Also, have you tried the tabasco habanero sauce? So, so, so good! Incredibly flavorful and I think you would love it!

Looks like an awesome weekend. You and your friends know how to have fun.

Snagging the sunset photo for wallpaper, with your permission, of course.
The sandwiches RULED! And the rolls from the Armenian bakery were up to it!

Fritos: I've certainly tried that version of Tabasco, probably as soon as it came out, but I really don't remember my opinion of it. I will get it again.

Nosh: Of course. These photos are here for only one reason: for people to enjoy.

My Blue Heaven! One of Steve Martin's best.

Well done! That movie has some gems: "The Padres play the Mets every so often, though you folks would probably be Yankees fans. It's been my experience that most organized crime people are. "

"It was a disappointing Christmas on many levels."

"Good morning, sir. Would you like to try a vanilla bran oat crunchie?" "What do you think?"

What a great idea for nachos!

What a tough day! I need some telera rolls in my life!