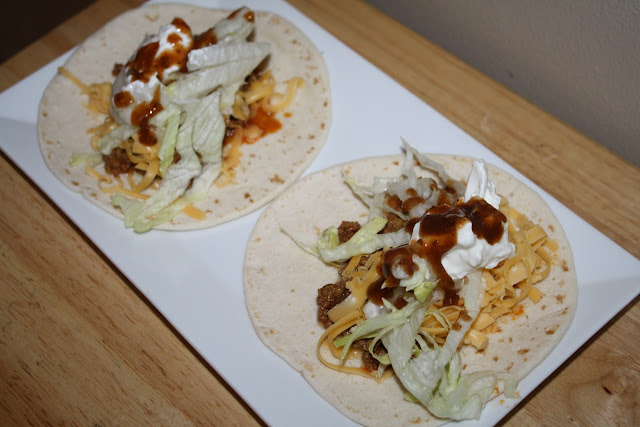 It was supposed to be a rainy day yesterday. We'd been warned as far back as last Thursday. ("Big changes in the weather coming," the weatherman said.) It was all a lie. Some areas got a little rain, but there was pretty much none where I live, and that's too bad because we not only need the rain, I was really looking forward to it. (I have a friend who even took yesterday off from work because she wanted to make a fire and watch the rain.) On Monday night Elizabeth said she felt like tacos one night this week and I said I would make them Tuesday, that tacos sounded great for a rainy night dinner. 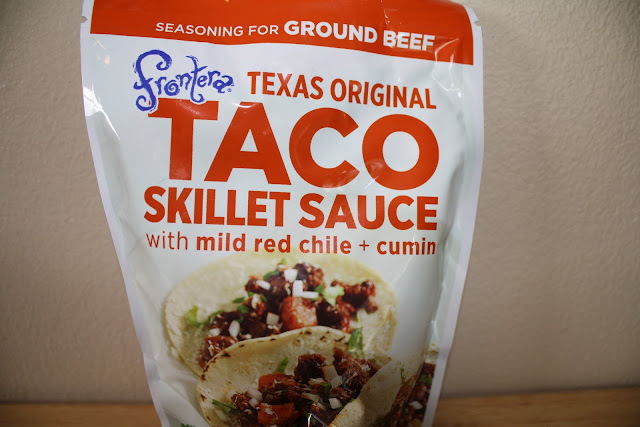 I noticed this at the store and I had mixed feelings. I love watching Rick Bayless on TV, and I love red chile and cumin, but the one time I tried a Frontera product it turned out to be the single worst jarred salsa I have ever tried. (I know that's a small sample size on which to judge an entire line of products, but trust me, it was that bad.) But after thinking about it for a bit, I decided to give this a try. 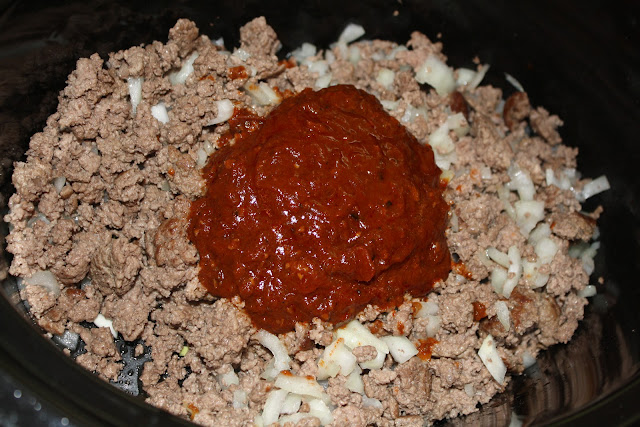 I browned some ground beef and put it in the slow cooker with a diced onion and the pouch of sauce. 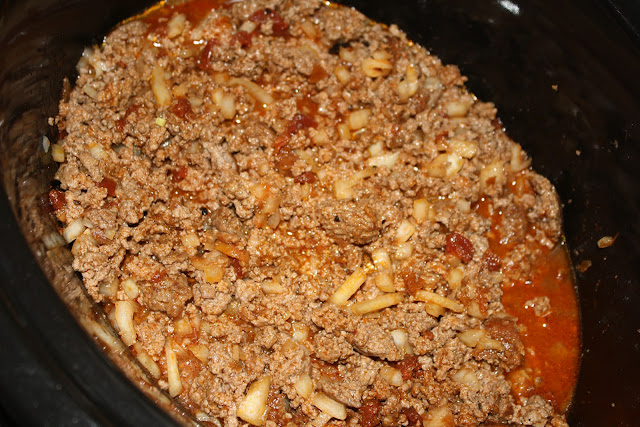 Several hours later, this is what it looked like. 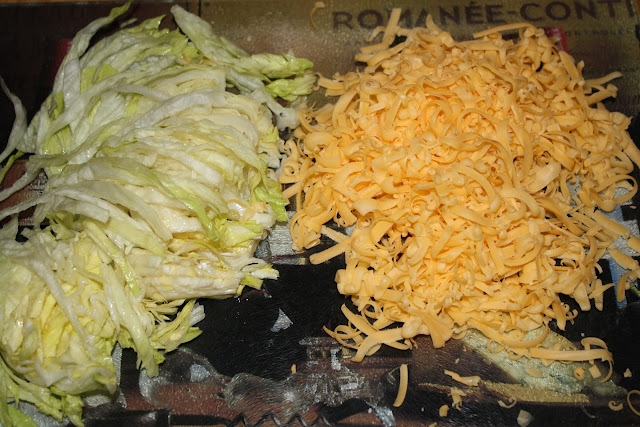 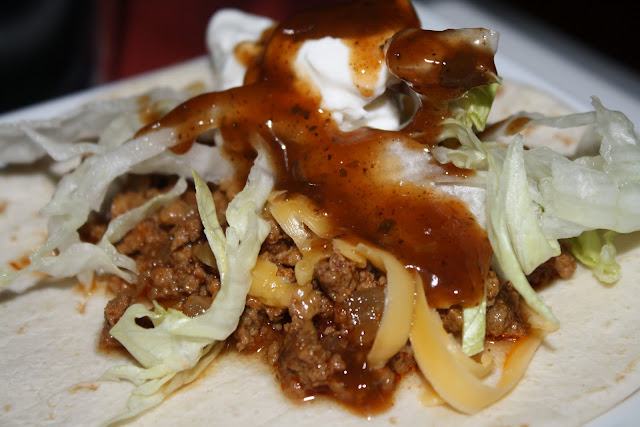 I used flour tortillas last night because those are Elizabeth's favorite. I prefer crunchy tacos shells when I'm having beef tacos, but it's not like I dislike soft flour tortillas. To my first two tacos I added a drop of sour cream and some roasted red pepper salsa. The tacos were delicious. The seasoning was muted; the flavors were there but not particularly strong. Which is just fine with me - I like the meat, cheese and hot sauce flavors more. 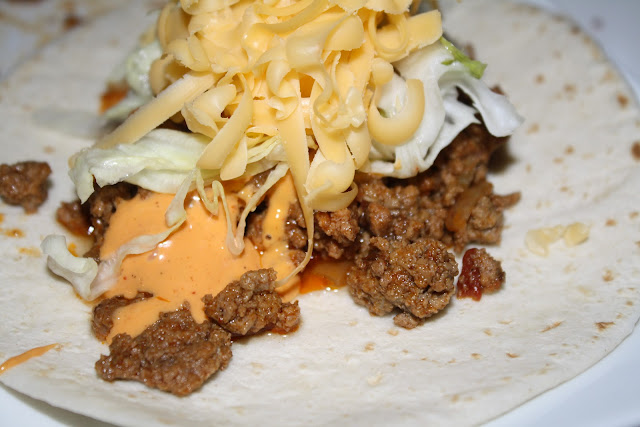 For my third taco I added chipotle sauce in lieu of sour cream and salsa. It was even better this way.

After eating tacos I went over to Tim's to help him sample his newest beer. (It turns out it's not ready yet, it needs another week.) I brought him two tacos which he liked. We had a couple pints of the beer and sat around waiting for the rain to come. It never did.

But since we're on the subject of tacos, I'll show you some others I've made lately. 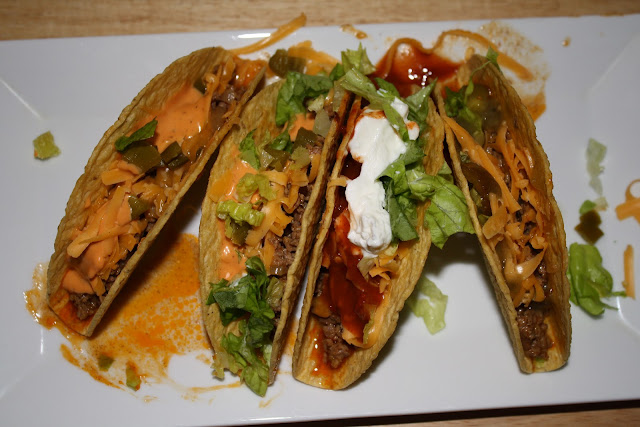 This is more the kind of ground beef tacos I usually make: hard-shelled, with a variety of toppings. 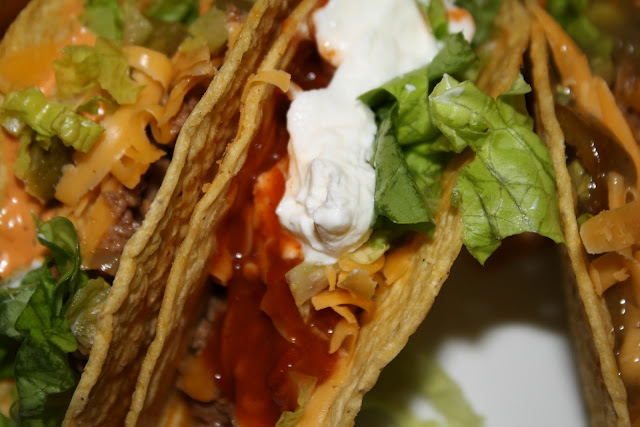 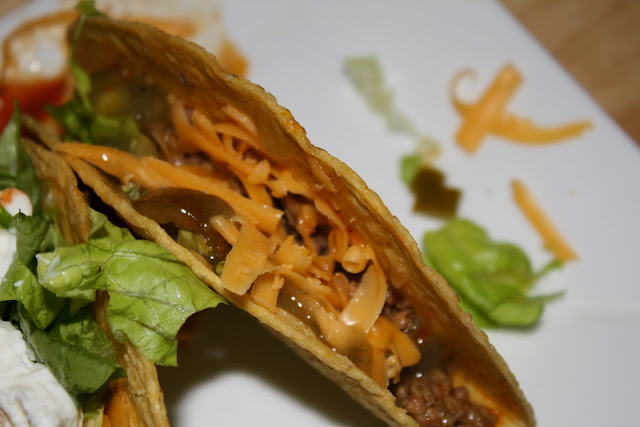 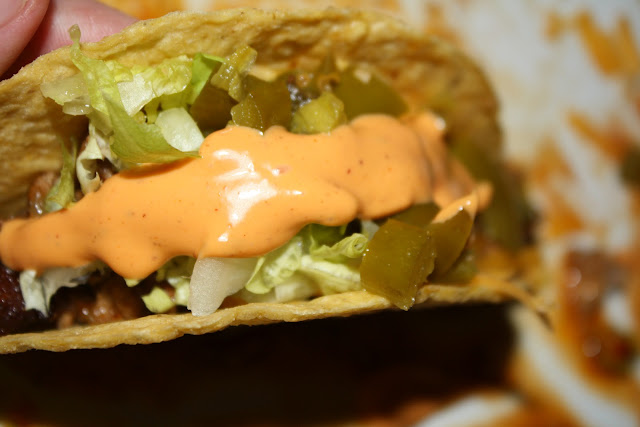 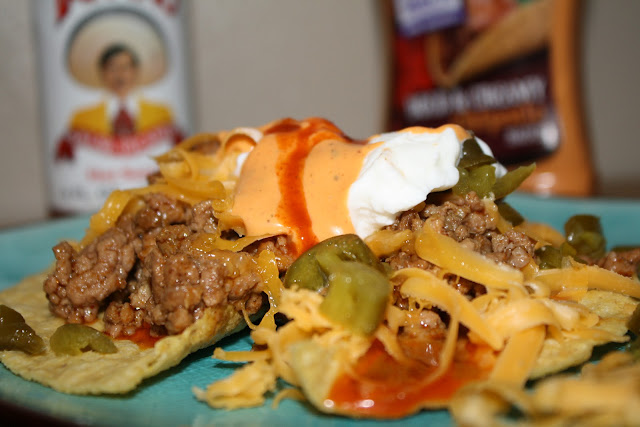 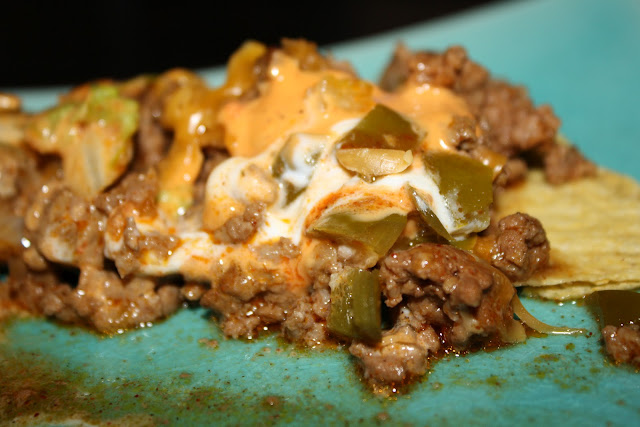 Why not? Nachos with everything. 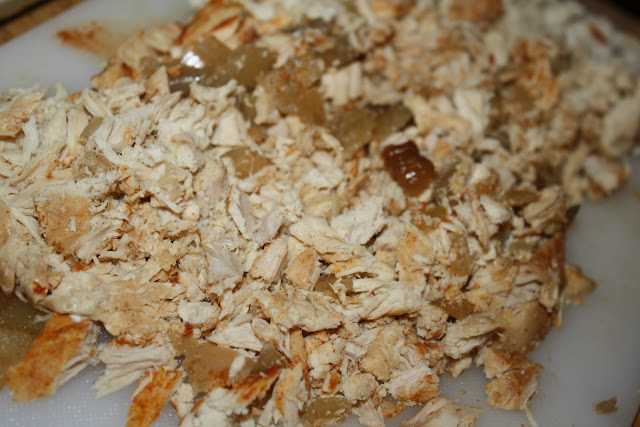 On another evening I slow-cooked a couple of chicken breasts and shredded them. 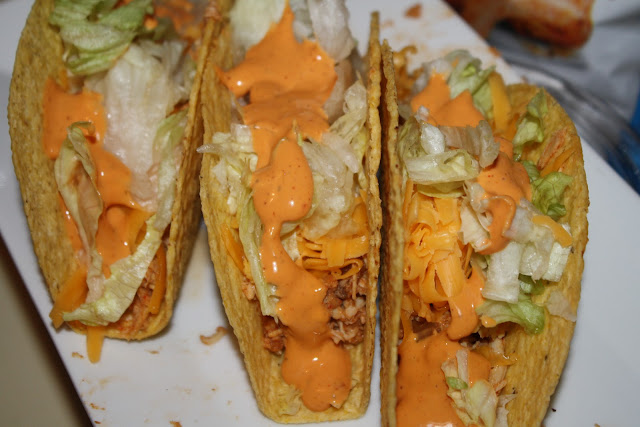 I've wanted to try those flat-on-the-bottom Old El Paso taco shells since I first saw the commercial. ("Porque no los dos?") It turns out there's really no advantage to them, they are just as unstable as regular tacos shells. But they tasted good with the chicken tacos, topped with lettuce, cheese and chipotle sauce. 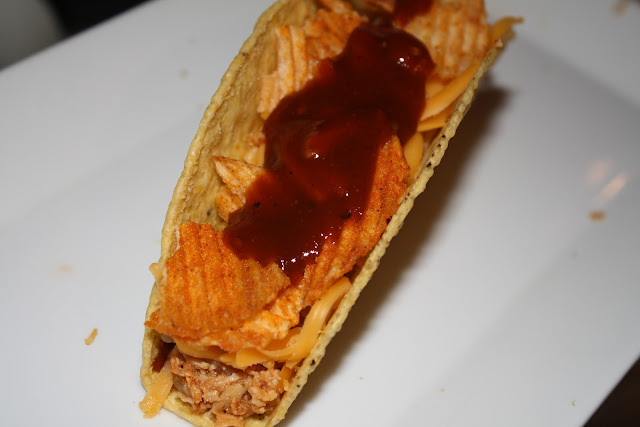 And since, when it comes to tacos, I've always believed anything worth doing is worth overdoing, I decided to try something different: a chicken taco with cheese, Smokehouse Style BBQ Ruffles, and Rudy's BBQ "sause." Damn it was good.
Posted by JustinM at 11:17 AM

Is your chipotle sauce a premade one, or your own concoction? If it is your own, please share.