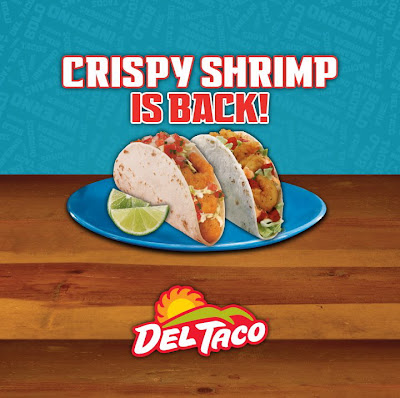 My favorite fast food promotion, you will not be surprised to learn, is Popeyes Crawfish Festival every autumn. I write about it every year as I fall in love with their crawfish all over again. But close to that is Del Taco's crispy shrimp that return every February. I have written before and I will again: most seafood restaurants do not cook fried shrimp as well as Del Taco does in their two dollar tacos.

At lunch time on Saturday, Elizabeth announced that she wanted shrimp tacos. No problem, I said. I left her on the couch watching The Walking Dead (I didn't care if I missed it - at this point in the series, every episode contains 30 seconds of action enveloped by 40 minutes of plaintive whining) and headed up to Del Taco. 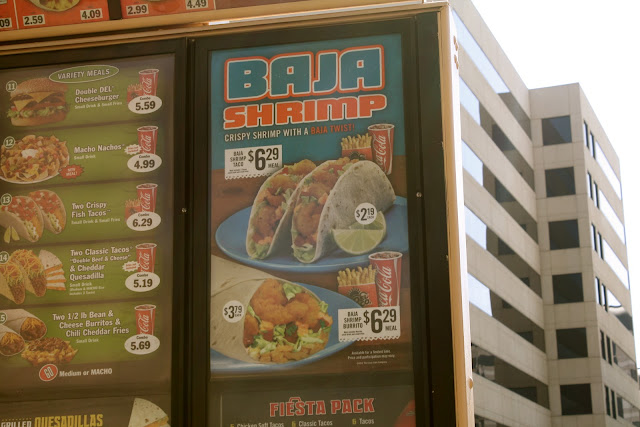 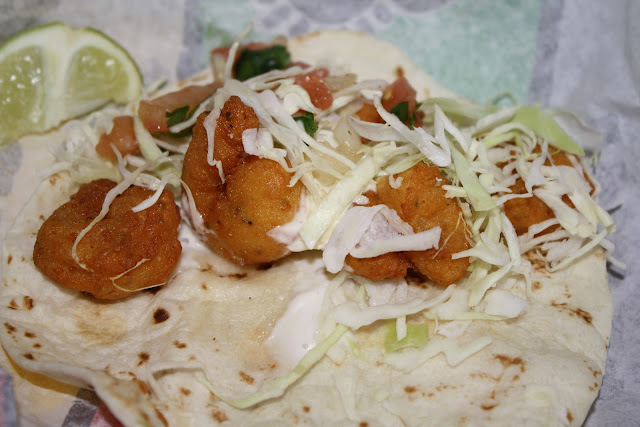 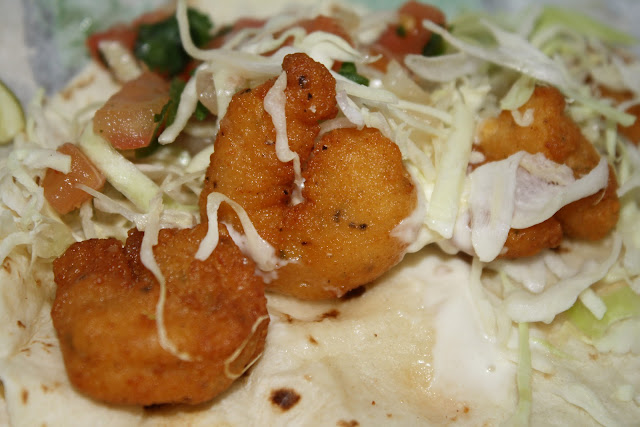 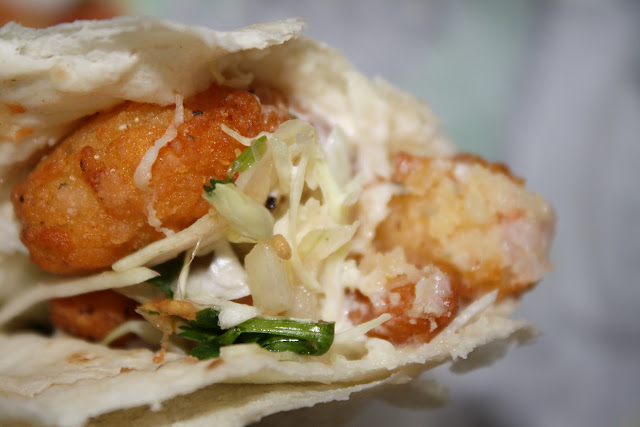 I started with the regular shrimp taco. Like last year, I felt the taco could have used a couple more shrimp. However, the shrimp that were there were delicious. Golden brown, crunchy, meaty little morsels of crustacean. I squirted some of the provided lime on them and ate the taco in a remarkably short time. 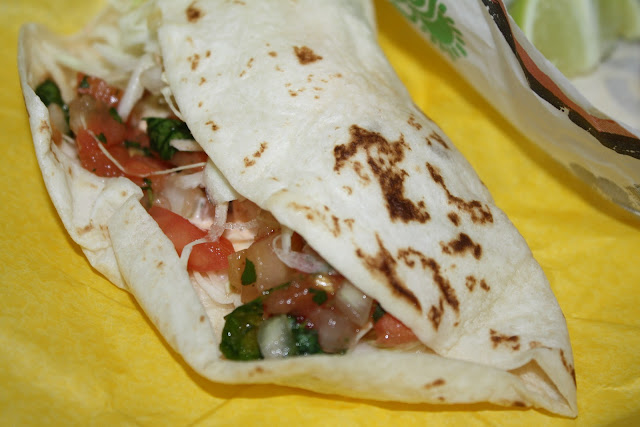 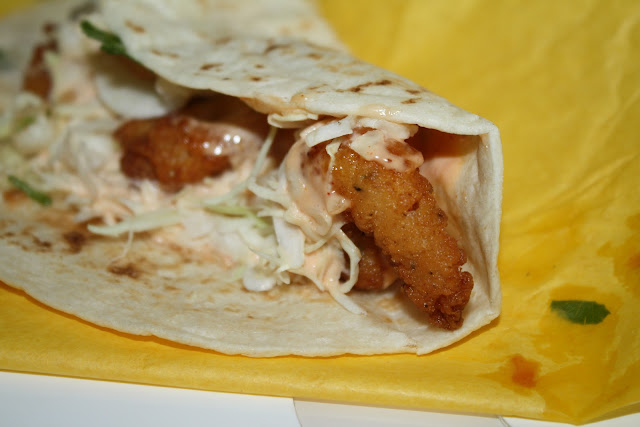 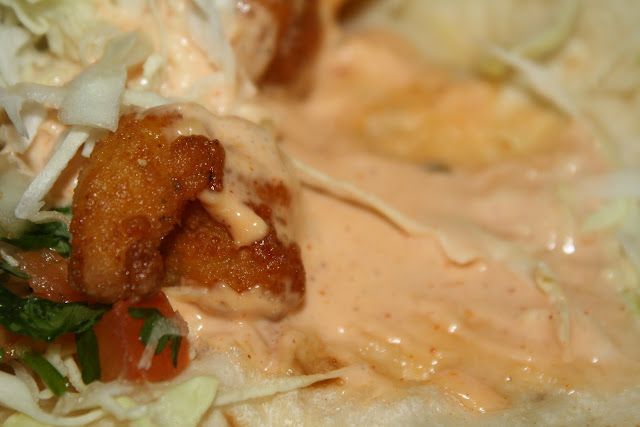 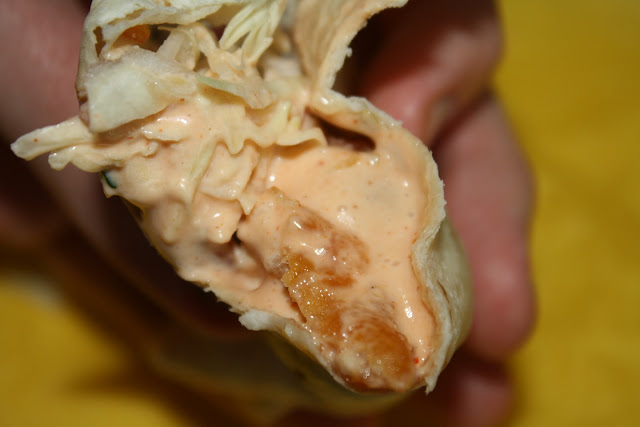 Next up was the Baja shrimp taco. Like last year, the Baja sauce had a citrusy, tangy flavor to it. I thought it was delicious. Could they have done with using a little bit less sauce? No doubt. (Actually, they could have used much less.) But it was still tasty. Elizabeth liked the regular version more, but I preferred the Baja taco, especially with the lime.


So it's another good year for Del Taco's shrimp tacos. If they had these on their menu year-round, they would be legendary. But there are many things I've never understood about Del Taco, particularly why it isn't more popular: there are only around five hundred locations. I know that seems like a lot, but Taco Bell has sixty-five hundred, and Del Taco's tacos are better. Then again, McDonald's has 33,000 locations, and everything about Del Taco's burgers are much better. And we won't even get into how great their crinkle-cut fries are when done right.
I guess I just have to appreciate these tacos when they come back into my life every February.
Posted by JustinM at 9:30 AM

That's it. I'm gonna start the first Del Taco franchise in Oregon. Do not steal my idea. It's the least you can do for teasing us with these shrimp tacos.

Banana, not only will I not steal your idea, but I will contribute 50 to your cause. I mean, of course, 50 dollars, not 50 grand.