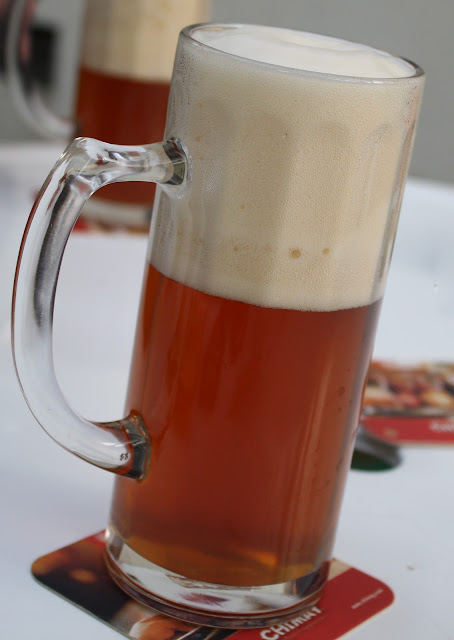 It's been a year now that my friend Tim has been my neighbor.  To celebrate the anniversary he made a new beer, in the style of Sierra Nevada Celebration Ale. And in the spirit of the reason he became my neighbor - the separation from his wife - he called it the Liberation Ale. A few of us went over to his place yesterday to try it out. It was delicious. Tim called this his favorite of the half-dozen beers he has brewed in the last year. I liked the second summer ale more, but this Liberation Ale is probably my second-favorite of the bunch. 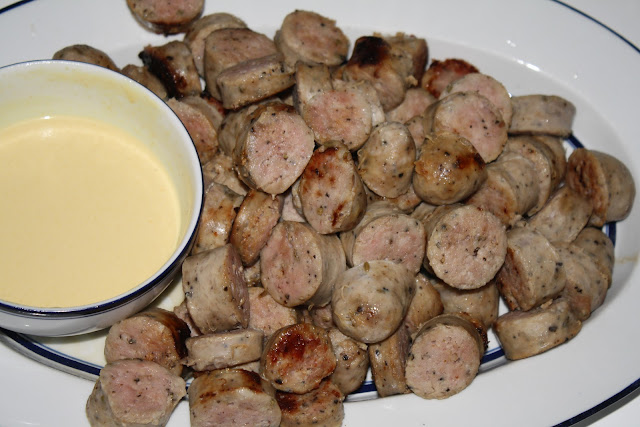 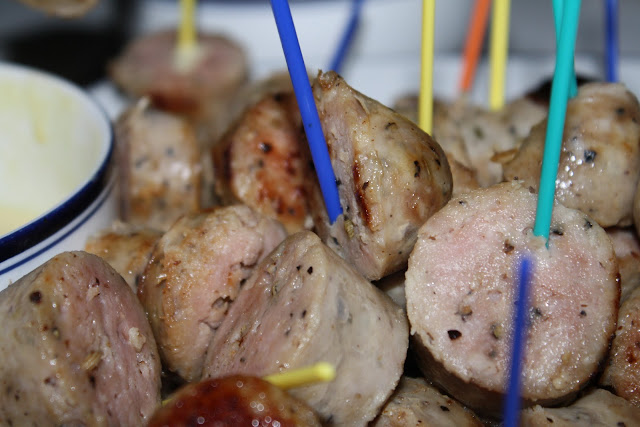 Very few things go better with beer than sausage.  So I cooked a few sweet Italian sausages and diced them up. 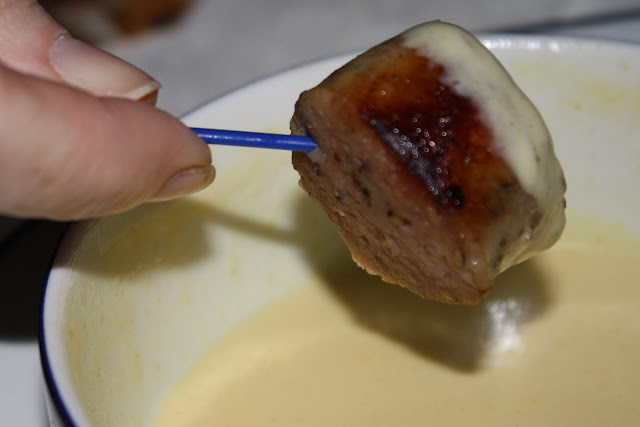 I made two mustards, both using Tim's beer. One was a sweet honey mustard, the other was similar but contained habanero hot sauce and Cuban garlic sauce to give it some spice. 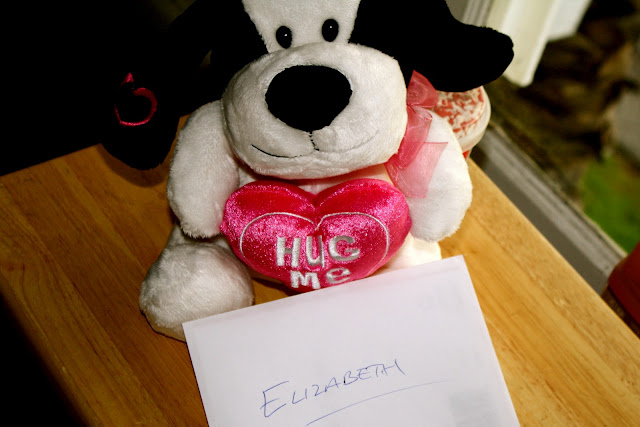 But I couldn't stay over at Tim's all night, because I had my own Valentine's stuff to do at home. 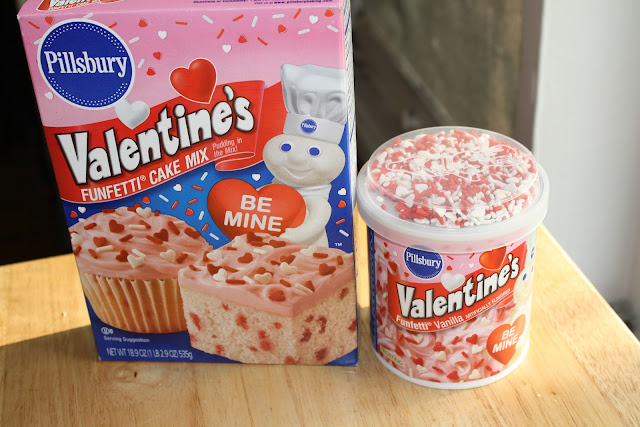 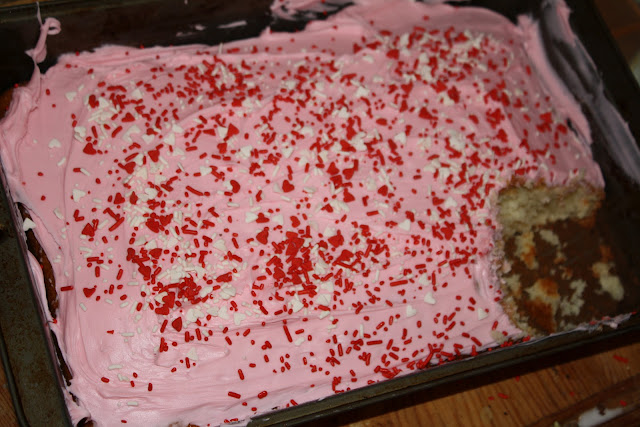 I decided to surprise Elizabeth with a Valentine's Day Funfetti cake. Did she like it? Well, as you can see, she took a piece before I could even snap a picture of it. Oh well, it was her cake. 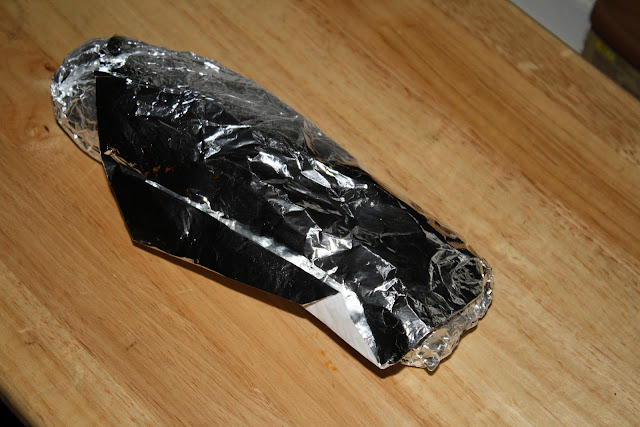 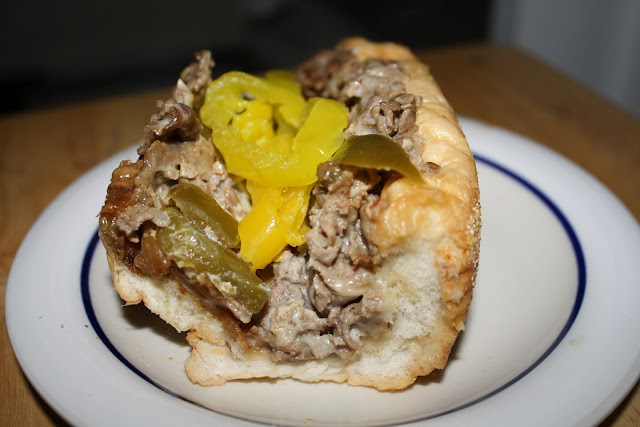 I also surprised her with a Philly's Best cheesesteak. Back when Philly's Best was at the Del Mar train station, we used to get it frequently. (I wrote about different sandwiches I ate there at least a half-dozen times.) But it closed in the summer of 2010 and we definitely miss it. So yesterday I drove over to the Monrovia location to pick up sandwiches for dinner. Our usual order: cheesesteak for her, pepper steak with cheese for me.

When Elizabeth got home and asked what was for dinner, I opened the oven and pulled out the reheated sandwich. Her eyes lit up.

It was nice to have those sandwiches back in our lives again.
Posted by JustinM at 11:13 AM

I continue to LOVE your blog and appreciate it being so regularly updated.

Nice work! Love that funfetti cake - I don't blame Elizabeth for going for the kill. I totally would have. I got my Justin some macarons and added him onto my checking account for V day. Not that I am a baller or anything.