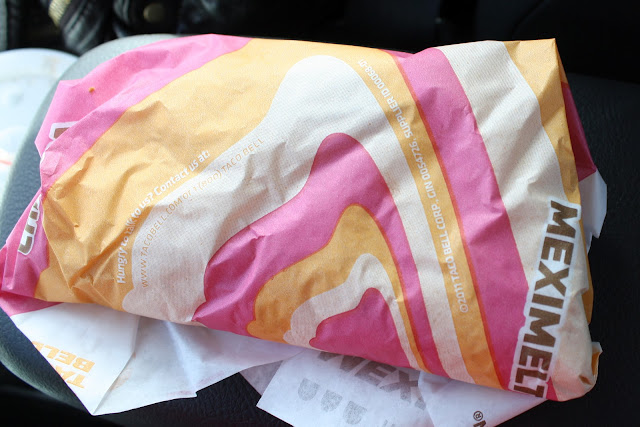 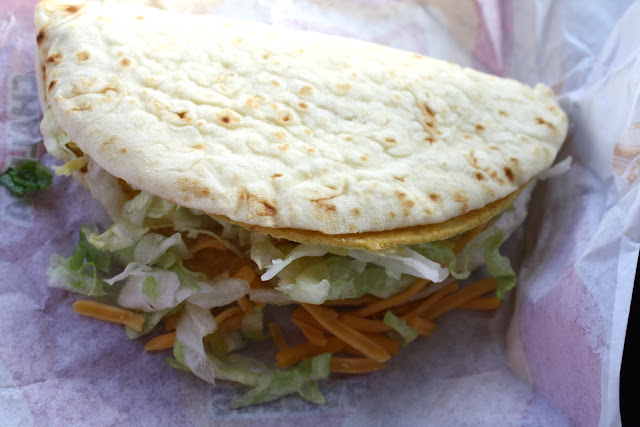 I was running an errand the other day - buying cat food to be precise - and I parked by Taco Bell in a local shopping center. I was a little hungry and I noticed the sign in the window for the Cheesy Gordita Crunch. It's a funny thing - I've never been a fan of Taco Bell, but every once in a while I get a craving for one of their greasy tacos. For some reason that afternoon I thought: Well, yeah, why not? It was only a buck and a half. 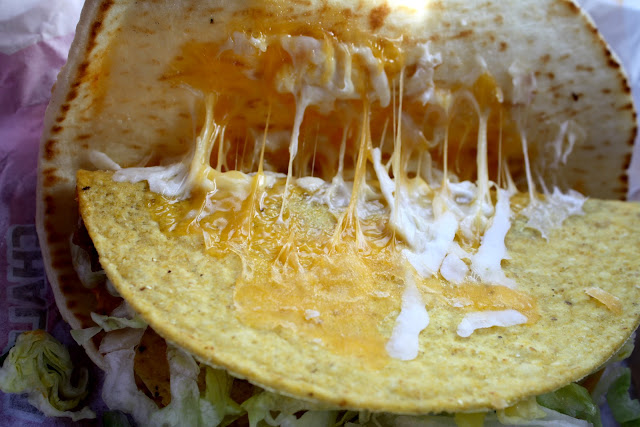 Peeling apart the soft shell from the hard, it was obvious the cheese was not the overflowing stuff that it looks like in the ad. Whatever. (The only surprise would be if a fast food item ever did look like its ad.) 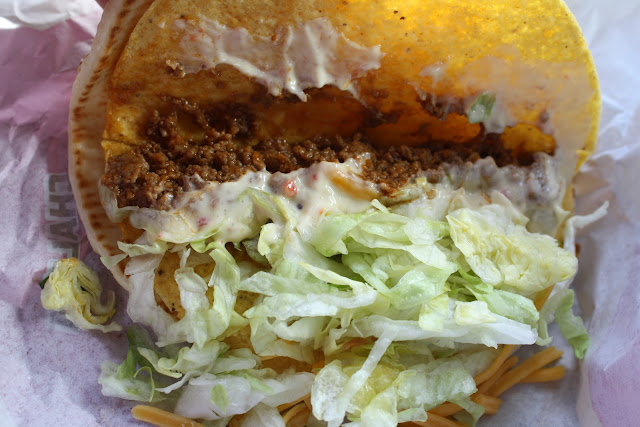 The inside looks like a regular Taco Bell taco, with the addition of pepper jack sauce. 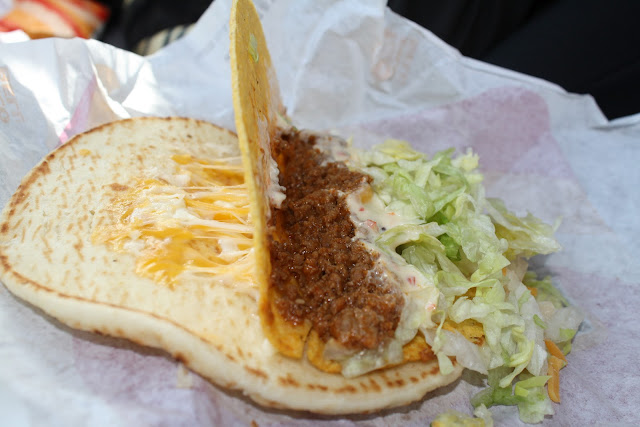 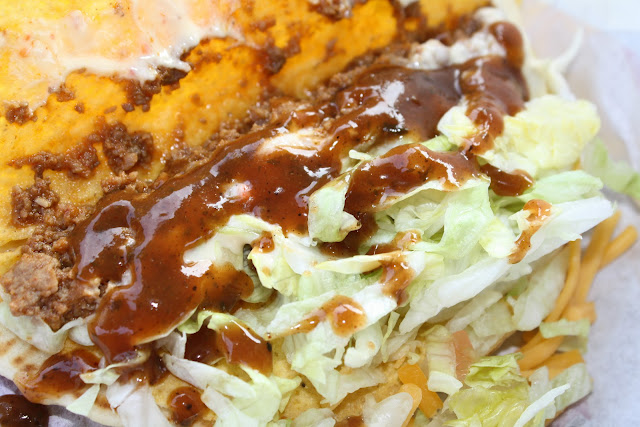 I couldn't taste the pepper jack sauce, but sluiced with Taco Bell's "fire-roasted" sauce it was actually kind of... tasty. The contrast between the two tortilla textures was pleasant and the cheese and meat, while never to be confused with a homemade taco, wasn't bad. I wouldn't mind eating another one, and that's something I rarely say about Taco Bell.

Wow, I wish they were $1.50 around here; they're something like $3.29 on the regular menu. I'll have to be on the lookout for the sign you saw. The TBs near me are featuring the beefy crunch burrito for .99, and it's about time for that to go.

Wow I haven't had a gordita in ions and I don't feel too bad about it, although that's good to hear you say it sort of makes do-over status.

I doubt I'll get another one of them, it was just one of those moments when a greasy taco sounded really good to me. I know it wasn't really all that good, it just kind of hit the spot at the moment, if that makes sense.

I do really like Taco Bell's salsa verde and fire-roasted salsa, though.

Love these things...next time you get one (if you do) have them hold the baja sauce and get the volcano sauce instead. Game changer

Never thought of that. Like I said, I don't think I'll get one again... but if I do, I'm doing that.