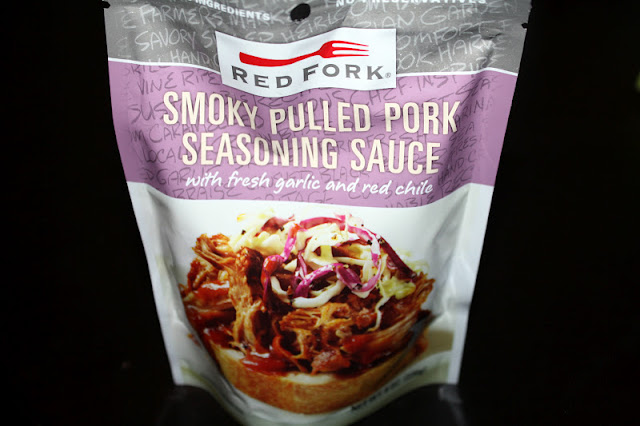 I saw this pouch of seasoning sauce at Whole Foods and thought I love garlic and red chiles. I'll give it a try. 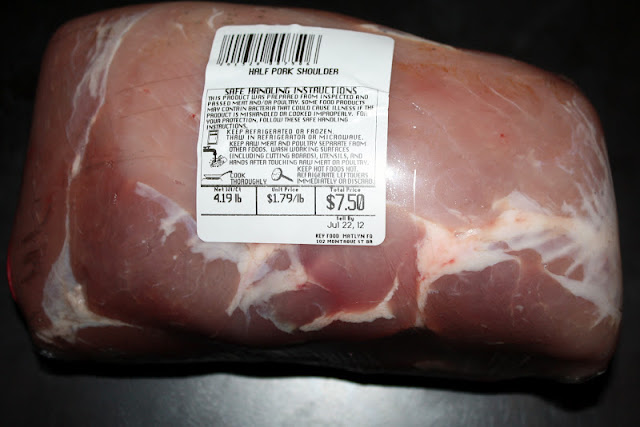 Thursday morning I picked up this pork (half) shoulder at the store: over four pounds for $7.50. 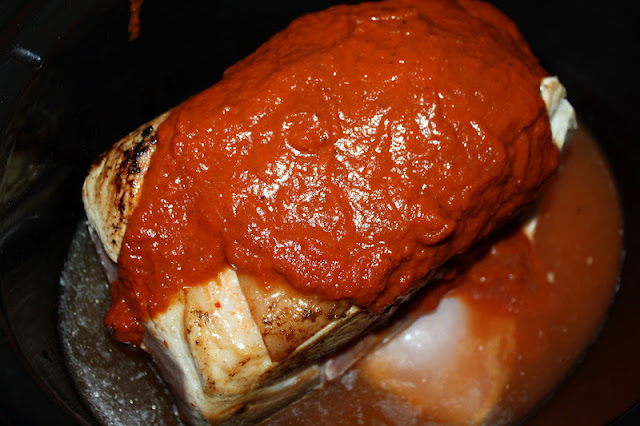 I browned it on both sides, about seven minutes in total, and placed it in the slow-cooker, then poured the pouch of sauce on top (using the back of a wooden spoon to coat the pig) and pouring about a half-cup of water into the base. 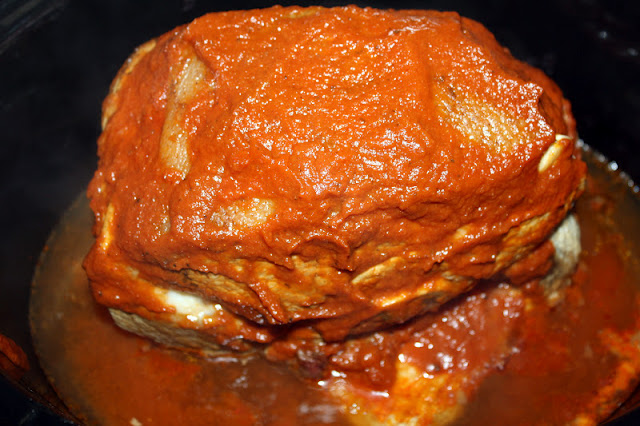 After four hours I removed the lid, just to let the porcine aroma perfume the kitchen. I gently poked at the meat - it was on its way, but it wasn't there yet. 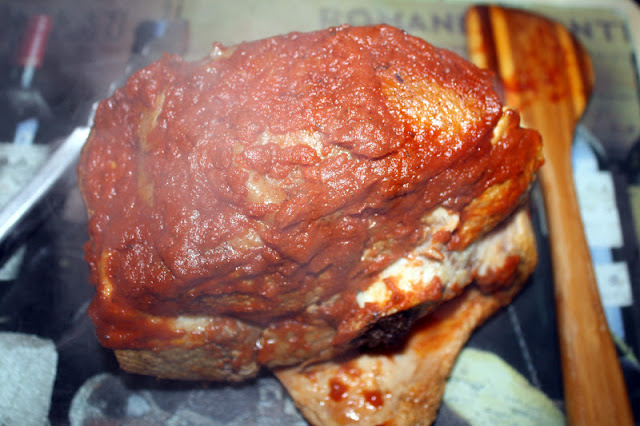 Now, after a little more than eight hours... we were ready. I removed the whole thing carefully. It wanted to fall apart. I usually get pork shoulders without the bone, but it doesn't really matter: when you slow cook a big hunk like this, the bone slides out with only the slightest amount of pressure. 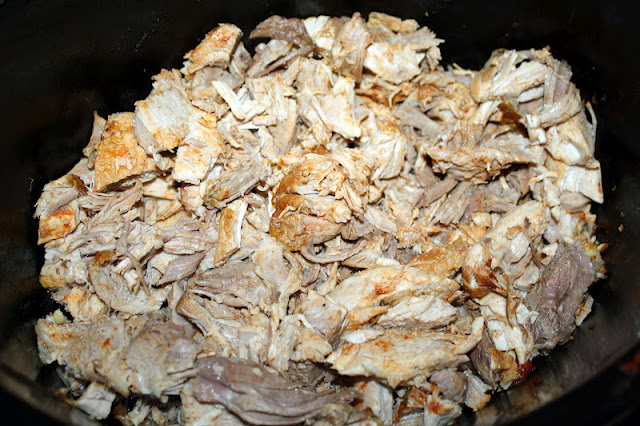 I pulled the meat apart with a wooden spoon (it was easy) and placed it back in the slow cooker (turning down the heat from "low" to "keep warm") for twenty minutes or so, with a small dousing of vinegar. 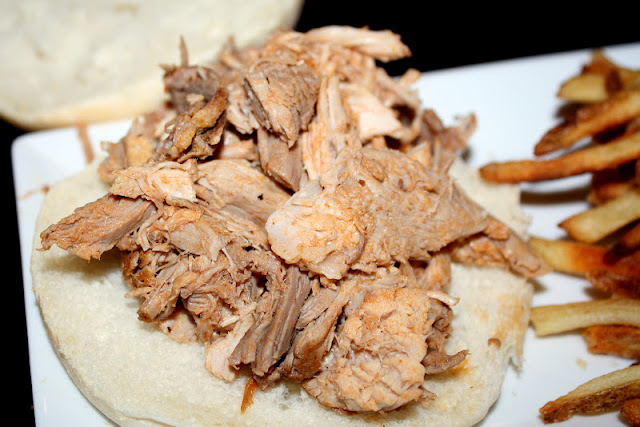 When it was time for dinner I spooned out some chunks of pork and placed it on a Kaiser roll. 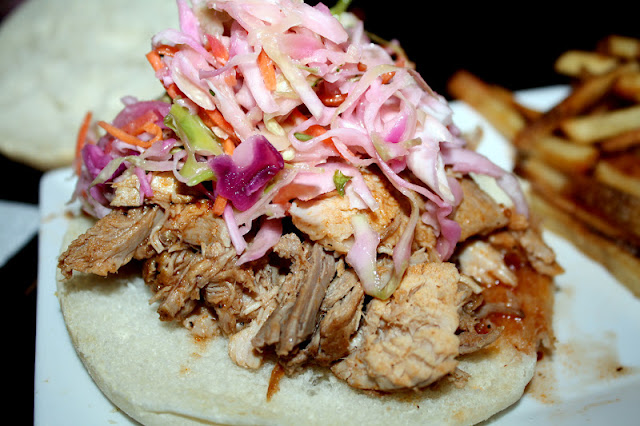 I drizzled an Eastern Carolina barbecue sauce over the pork and topped it with slaw. 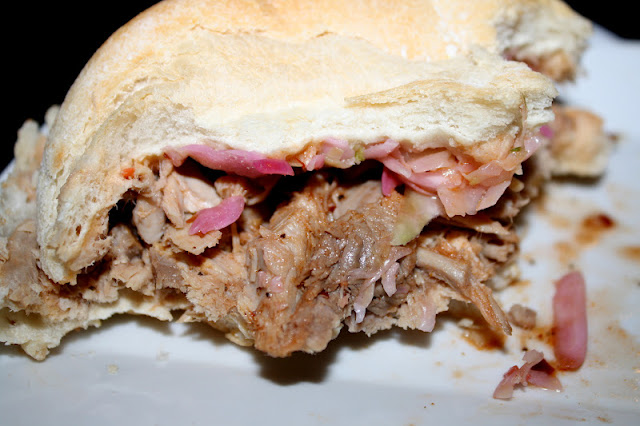 It was a very nice sandwich, but I'm not sure the seasoning sauce added anything. Or at least not much. If I try this again, I'm only going to add half the sauce at the beginning, and the other half once I've pulled the meat apart. I'll see how that works.

Of course, the thing about cooking a 4-pound pig part and only sharing it with two other people is that you have plenty of leftovers. More on that tomorrow.
Posted by JustinM at 12:00 PM