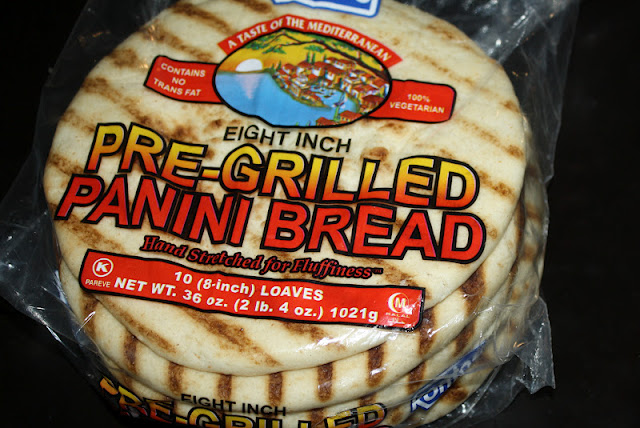 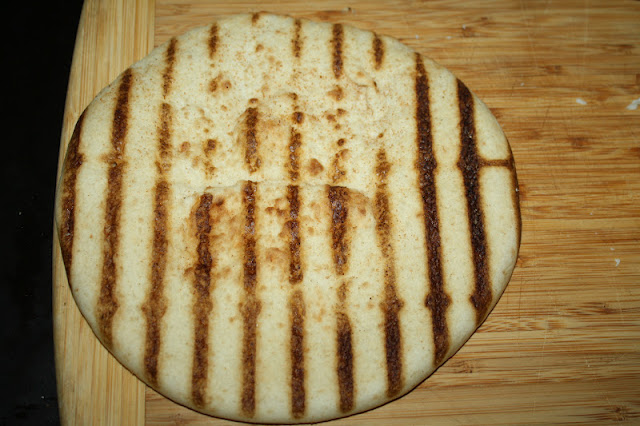 I saw these panini breads at the store and thought they'd make a nice base for a flatbread pizza. There are ten of them to a pack - that seems like a large number; I don't think I will eat ten of them before they spoil - but they weren't very expensive so I bought them. 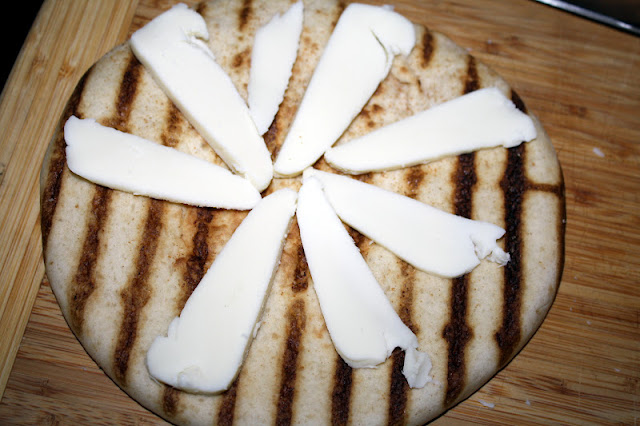 I sliced up a few wedges of mozzarella and layered them on the flatbread. 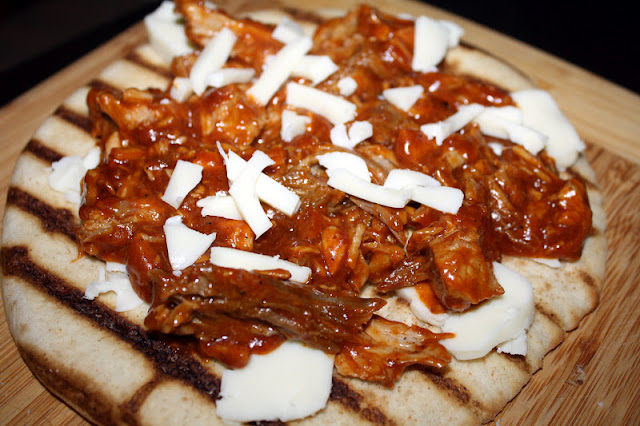 In a pan I heated leftover pork with a Southern-style barbecue sauce and poured it over the cheese and flatbread, then added hot pepper slices and threw it on the oven. 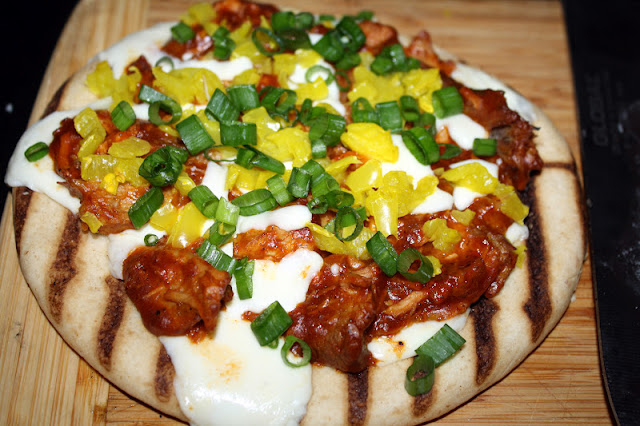 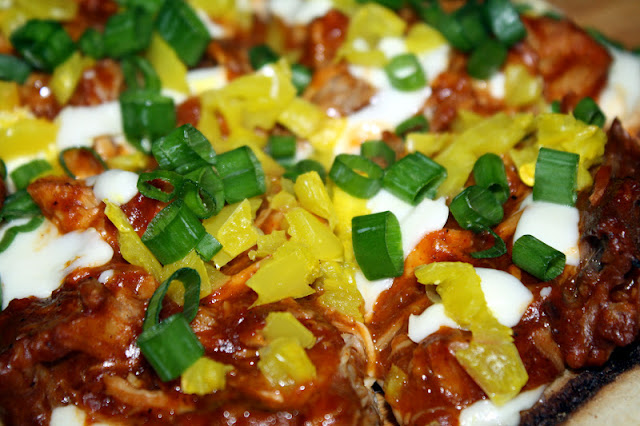 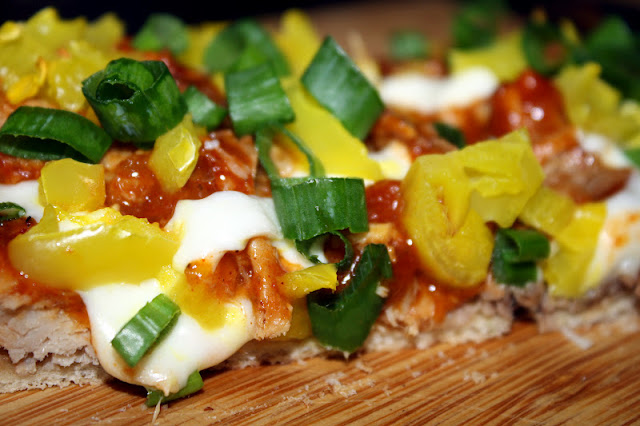 This was even better than the sandwiches or nachos.

And there was still some pork left...