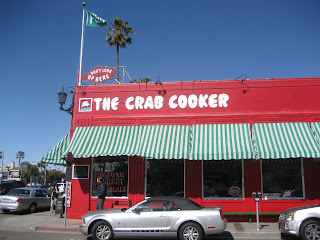 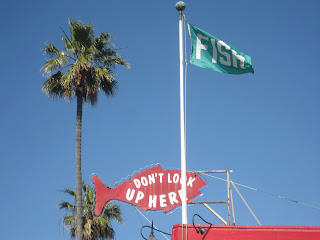 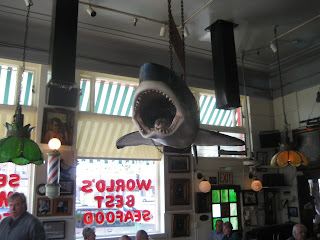 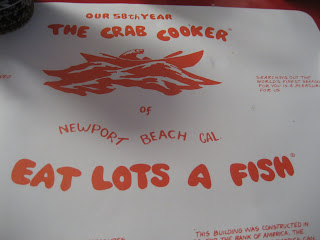 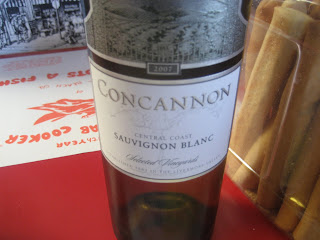 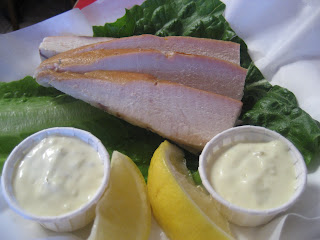 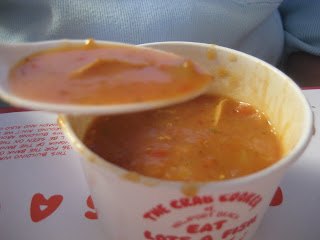 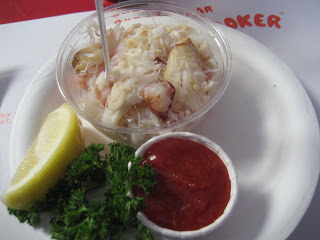 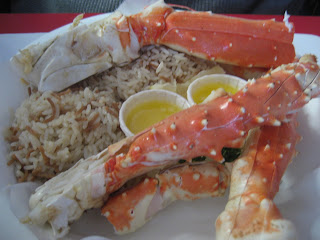 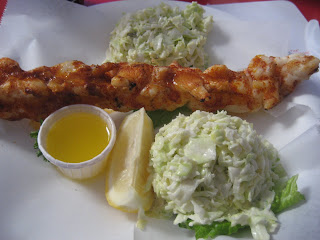 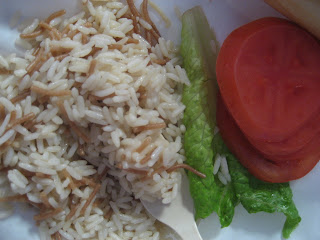 The Crab Cooker is a restaurant I love so much that if it were the only restaurant I had ever been to, there would still be a reason to have a food blog.

I have been eating there as long as I can remember, starting when I was a little kid and my family used to stay down at the beach for long periods in the summer. Weekend nights usually involved dinner at the Crab Cooker and ice cream on Balboa Island. Back then the only thing I liked on the menu was the shrimp cocktail, but I loved the shrimp cocktail. My dinner would be about three of them and a dozen breadsticks from one of the plastic containers that sit on every table. Eventually I realized how good their lobster is and now that's all I eat there.

On a recent sunny weekend day I went down to Newport Beach with my parents, brother, and my friend Elizabeth. On the trip down, my dad told Elizabeth the story of Richard Nixon, when he was President, wanting to be seated for dinner without waiting in the (often very long) line, and being refused. Elizabeth laughed. I did not; this was approximately the 119th time I had heard this anecdote.

I almost always drink iced tea at the Crab Cooker. (I actually don't think I've ever ordered a beer there.) My dad got his usual bottle of Concannon Sauvignon Blanc. I did not have any with this meal, but I have had it before. I guess it's as good as any white wine I've ever had at a restaurant for the whopping price of $13.95 for the bottle.

For appetizers, we all got our usual orders: smoked albacore for my dad, clam chowder for my mom, and Elizabeth and I both got crab and shrimp cocktails. My brother did not have an appetizer. More on that later.

The smoked fish is fantastic. I've never been a big fan of smoked fish, because often the taste of smoke is so prominent that it ruins a good piece of fish. But that's never the case at the Crab Cooker. The clam chowder is good, although I'm not a fan of clams. (I am also one of the only people I know who prefer Manhattan clam chowder, which they serve here.) The crab and shrimp cocktails were perfect, as always. Sometime I even order another one after I eat my entree, although I did not this time.

My dad had the Alaskan King Crab. I don't think I've ever seen him order anything else. These crab legs are simply awesome looking. I have tried the crab before and it is great. My mom, Elizabeth and I all had lobster. The Crab Cooker takes lobster meat and threads it on a skewer then grills it over charcoal, rubbed with some paprika and basted with butter. It is one of the five best things I have ever eaten. I always get cole slaw for both of my sides, as it is some of my favorite anywhere. (I also usually take a quart home with me to eat throughout the week, although it never lasts me more than a couple days.)

My brother had rice. Only rice. When we arrived at the restaurant and were told it would be a 15 minute wait, he announced he was going across the street to get a slice of pizza. I expressed my astonishment that he couldn't wait 15 minutes to eat, to which he replied "I don't eat seafood anymore." At first I didn't believe him - he has always loved lobster - but while we sat there eating lobster, crab and shrimp, he just ate rice and drank water.

Overall it was a fantastic lunch. I asked my parents how long they had been eating there and they said "Probably since 1969." I hope that I can have 40 years of eating at the Crab Cooker.

I need to try this place. Wood-fire grilled lobster was one of the courses served at my brother's wedding and I cannot remember having lobster so divine before. It would be nice to find a place in SoCal that serves it, who knows when I'll go back to Sicily.

Hey! I'm always glad to share with another food blogger. I'll have to come down and check out the Crab Cooker. That place looks awesome!

Hey, the rice is pretty damn good there...