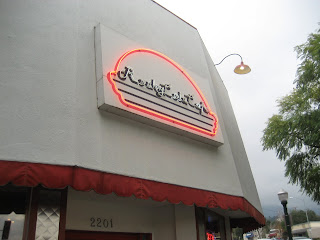 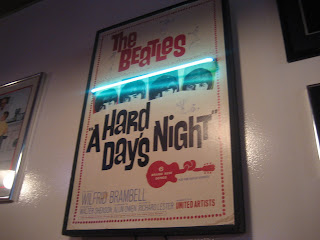 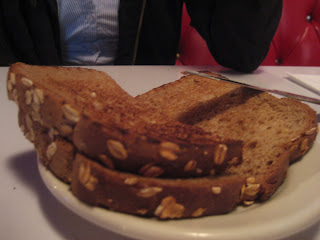 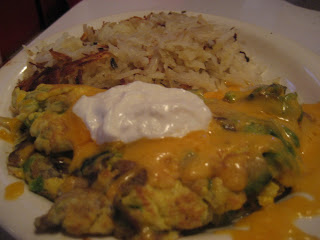 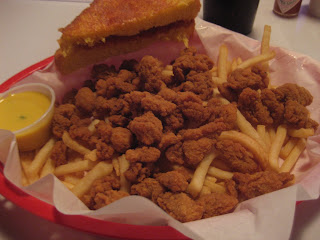 I have been to Montrose dozens of times to eat since I was a teenager, but I almost always have gone to Zeke's. A couple times I have been to Black Cow Cafe, a few times I have had pupusas at the farmers market, and back when Havana Beach Cafe was open I used to eat there at least once a month. (I have been particularly missing their Cuban sandwich lately.)

But the one place I don't think I have been to since high school is Rocky Cola Cafe, which is funny because once upon a time I absolutely loved it. That was, of course, before I could drive and before I realized that 50s-style diners were more corny than cool. But still, when I was a teenager and my friend Dave lived just a few blocks away, we would often walk up there for dinner. In high school when we used to have Friday night basketball games, several of us on the team would go there for dinner afterwards. There are very few restaurants where I have had more fun.

When I became an adult, going there was just one of those things from the past that once was fun but that I never even thought about, like TPing houses or playing Street Fighter II on Super Nintendo. But the other morning my friend Elizabeth and I were trying to decide what to eat. She was hungry for breakfast and I wanted lunch, so we considered simple, cheap choices. And I mean really simple. At one point we just decided to go to Denny's. But then the subject of flavored Cokes came up and I thought of Rocky Cola. I looked up their menu online and saw that they served breakfast all day. Elizabeth loves diners so we decided to try it.

Walking in was surreal. I have not been there in at least a dozen years, but it felt like it had been several days at the most. I remembered every detail about the layout and most of the signs and posters on the walls. We were seated in the back of the restaurant, up a couple stairs and around the corner, underneath a neon Beatles poster. This is where my friends and I used to prefer to sit when we were 15 because we could cause trouble and none of the employees could see us. Now I liked it because I had a good view of the Lakers-Cavs game on TV and it was quieter, so Elizabeth and I could talk to each other without yelling. Life is funny.

She had the "kitchen sink omelet." I did not try it because it was full of avocados. I realize to most people this is a good thing, but I hate avocado and there was no way to take a bite of the omelet without getting a mouthful of it. She liked it, though, although there was no way she could eat the whole thing; it was huge. I ordered the popcorn chicken. I'm pretty sure that used to be one of my standard orders, along with the fried shrimp and foot-long hot dog. My chicken was outstanding.

We both got Cherry Cokes. I was considering a Vanilla Coke but went with the Cherry, which was great. A table full of kids nearby all got milkshakes, however, and I kind of wanted one of those (a milkshake, not a kid.) Maybe next time, although I wonder if another 13 years will go by before I eat there again. And, if so, will I still get popcorn chicken and a flavored Coke? Probably.
Posted by JustinM at 1:49 PM