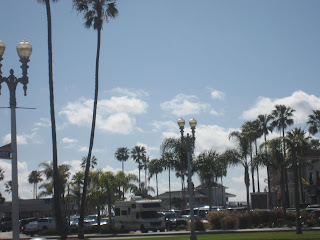 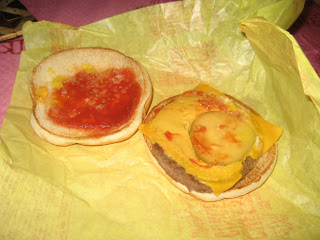 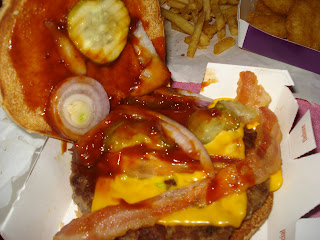 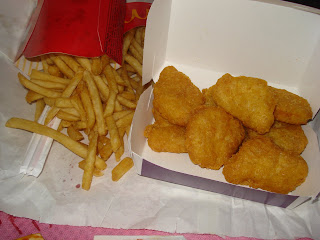 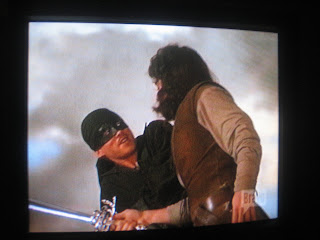 I have never liked Valentine's Day. I hated the school parties when I was a kid and you had to give a valentine to everyone or no one. I hated when I was 15 and I had a card for a girl and as soon as I found her after school she was just pulling away with a car full of people (she had left school to get her license earlier that afternoon) and I was left standing there like a character in a cheesy 80s movie.
-
A few years ago the girl I was seeing chose to go to a concert with her friend on Valentine's Day instead of going out with me. That was bad enough, but even worse was the concert she went to: Phish, basically a more one-dimensional version of the Grateful Dead. (Now there's a sentence I never thought I'd write.)
-
A couple years later my brother and I flew into Dublin on Valentine's Day for a vacation. After a few pints of Guinness with dinner we went to bed early and were awoken around midnight with the sounds of drunken tourists and Irishmen in the pub downstairs serenading every woman who walked by. We were jet-lagged for days.
-
The next year the girl I was seeing (different from the Phish girl) decided to go to rugby practice instead of going out with me on Valentine's Day. This was annoying but actually turned into the only fun night I've ever had on February 14th, as I watched basketball at a pub with my friends Dave, Scott and Carla.
-
So the fact that Valentine's Day fell on a Saturday this year meant nothing to me. I had no plans to go out anywhere and deal with crowds or silly prix fixe menus. I ended up going down to Newport Beach and doing a couple errands. It was a gorgeous day and not very crowded anywhere. That afternoon, my brother and I moved some furniture for my friend Elizabeth. To thank me, she took me out for a few beers that evening. We were talking about what to do for dinner and had pretty much decided on leaving and making soup and salad when my buddy Phil bought us a couple more beers. We lingered over those for a while and decided to just get McDonald's.
-
We took that back to her new place and turned on the TV. One of my favorite movies of all time was on: The Princess Bride. We watched that and ate McDonald's. Easily the best Valentine's Day I have ever had.
Posted by JustinM at 2:51 PM

OMG, the Grateful Dead is not one dimensional.