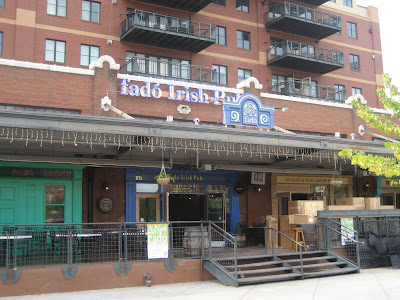 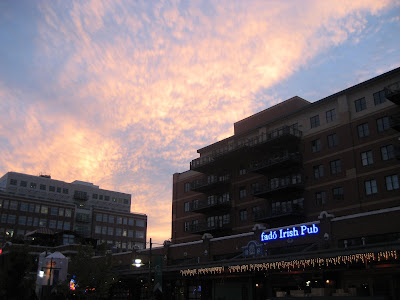 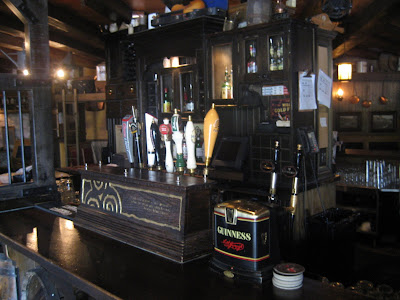 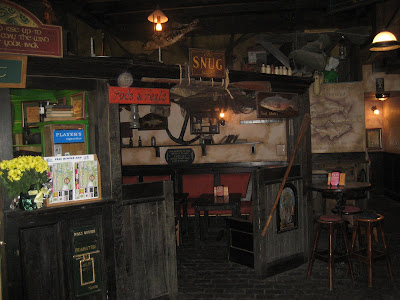 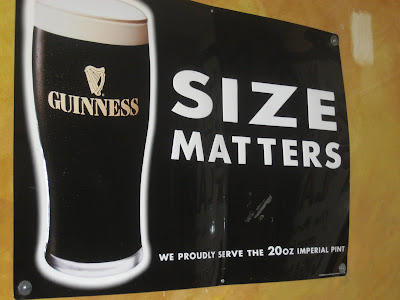 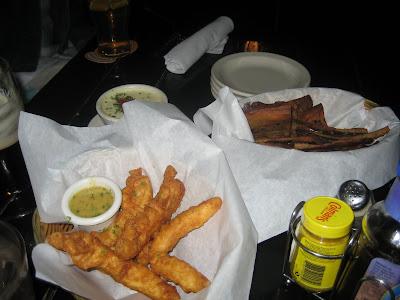 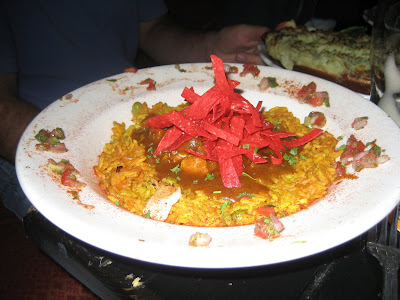 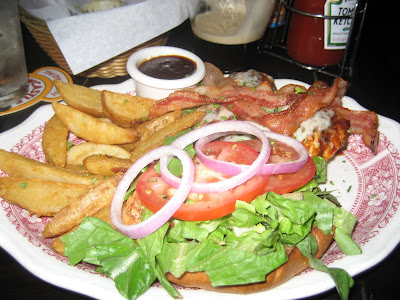 There is absolutely nothing better than an Irish pub. Not a place with a silly Irish name that serves green beer on St. Patrick's Day, but a pub that tries hard to replicate the kind of pub you find in Ireland, with a fireplace, snugs, and buskers in the corner and properly poured imperial pints of Guinness. I have never understood why there isn't one in Pasadena; I refuse to believe a city this size cannot support one.

Fado is a chain of Irish pubs across the country. I had been to locations in Las Vegas and Philadelphia, and on my most recent trip to Denver, when trying to meet up with my friend Ben and his wife for dinner, I suggested we meet at Fado, right in lower downtown (LoDo) in the shadow of Coors field. It was a gorgeous Rocky Mountain evening and I arrived an hour or so before them and took a few pictures, sat at the bar and had a couple pints.

We started with a couple appetizers: chicken tenders with Coleman's honey mustard and some boxty wedges (boxty is a potato pancake) with an Irish cheddar cheese dip. These were both outstanding. I could have drank the Coleman's sauce like soup.

Ben had a chicken curry. I tried it; it was very good, nice and spicy. I had the Guinness BBQ chicken sandwich. The chicken wasn't anything special, it was a bit overcooked, but the Guinness barbecue sauce was fantastic. I drowned the chicken in it so that it wouldn't taste so dry. I would order this sandwich again as long as it wasn't overcooked.

Next time I go I might just try a couple different appetizers instead of an entree. They have some salmon bites and some "Smithwick's Mini Burgers" that sound really good (Smithwick's is one of the few beers I love almost as much as Guinness.) I'm not sure when I will be in Denver again, though. Of course, if they built a Fado around here it would be much easier...