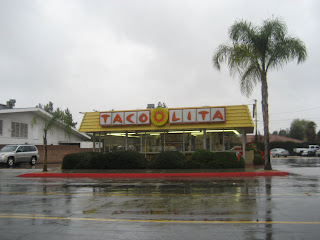 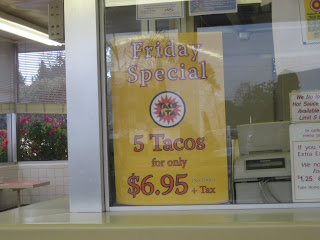 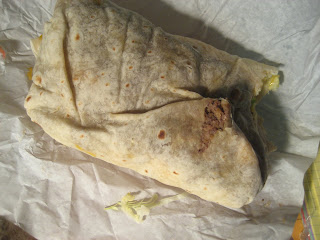 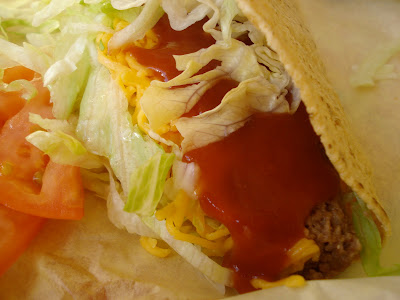 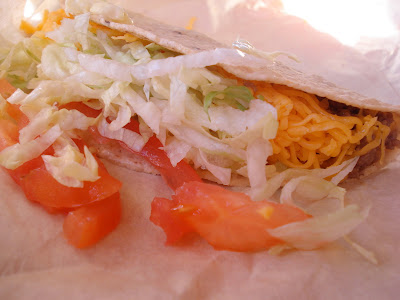 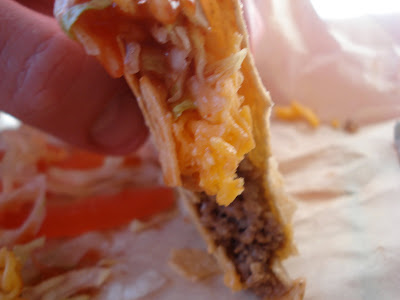 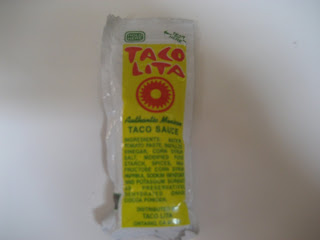 Almost every person I know who grew up in the San Gabriel Valley has some sort of relationship with Taco Lita. They are not the best tacos by any stretch of the imagination - I lived for a year just south of Olympic near Koreatown and without thinking too hard I can come up with a dozen better taco joints that were closer to me than Taco Lita is to the house I grew up in - but there is undeniably something magical about the place.
My friends who grew up here talk about it in the way our parents' generation talk about Sandy Koufax. Whenever I mention that I have eaten Taco Lita that day, my friend Tracie gets a smile on her face and she says "Mmm. The ultimate Mexican food for white people." My buddy Murph's reaction is less subtle but no less honest: he simply says "You bastard."
When I was young my order was always the same - 6 tacos, no lettuce, no tomatoes. When I was 11 my grandparents sold their house up on the hill and moved to a condo two blocks away from Taco Lita. This excited me much more than the jacuzzi or basketball hoop in the complex. In high school sometimes my dad would take me there after basketball practice. I would order between 6 and 9 tacos (again with no tomatoes; I think it wasn't until I was about 25 that I was willing to just pick the tomatoes off myself.)
As long as I can remember they have had a "Friday Special." When I was a kid it was 5 tacos for the price of 4. Tacos were each 95 cents back then. Now tacos are $1.55 each, and the special is 5 tacos for $6.95. It's not quite the same savings but it's a good deal.
Last Friday I stopped by my parents' house to use their computer, which is faster (and more secure) than mine, and they were both home. I went down to Taco Lita to get lunch for all of us. I ordered 15 tacos (my dad eats the leftovers all weekend long) and the only thing my mom has ever ordered there: a jumbo burrito, no beans, extra lettuce, easy meat. I had never really studied the burrito before but I was impressed with its size.
My tacos were the same as they have always been, which is to say delicious. There is nothing remarkable about the meat, although it is not terribly greasy, which is always a plus. The cheese and lettuce are the same as you get at any fast food joint. The thing that pulls it all together is the sauce. It is unquestionably the best hot sauce out of a packet that I have ever had.
It would be impossible for me to accurately state how many times I have eaten Taco Lita tacos, but it is likely that I have eaten there more than anywhere else. Maybe I have been to In-n-Out more, but probably not. And I do not ever see the day coming when I pass up an offer of Taco Lita tacos on a Friday.
Posted by JustinM at 4:19 PM