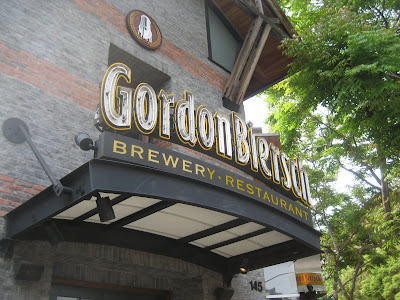 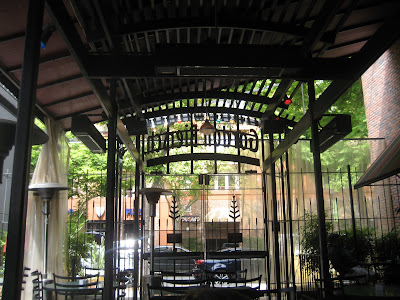 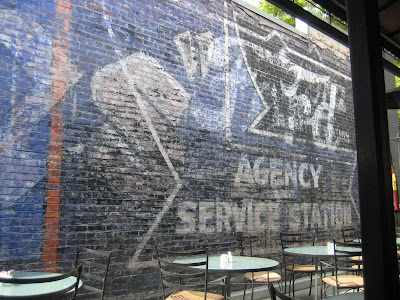 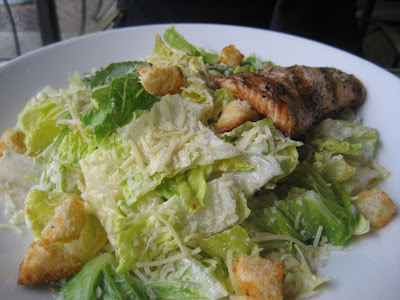 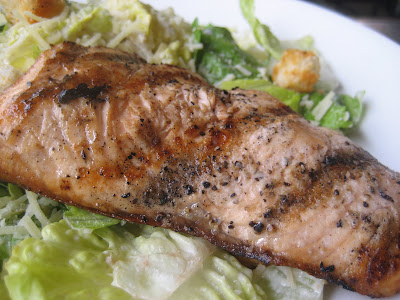 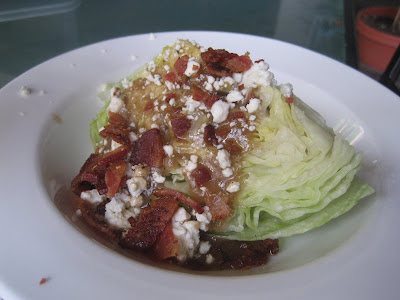 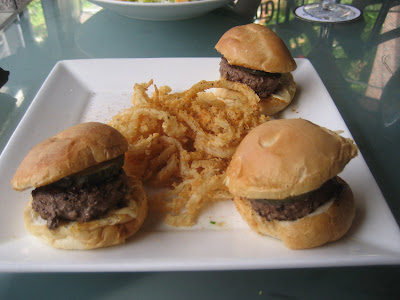 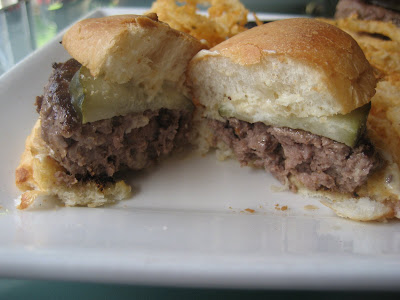 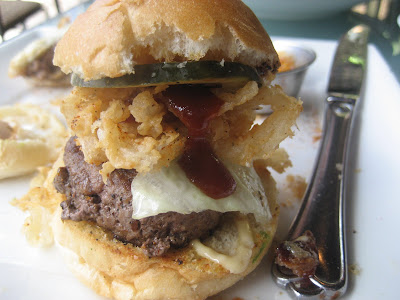 Ah, Gordon Biersch. There are only a handful of restaurants in Pasadena with which I had a longer history. I don't remember when the Old Pasadena location opened, although I remember going there many times in the mid-90s. It is the only place in Pasadena I ever drank with a fake ID, and it was the first place I had a beer on my 21st birthday.
-
Back when Fox Sports West 2 (now called Prime Ticket) started, most cable companies in the area didn't carry it, including my parents', and my dad and I went over to GB several times to watch UCLA basketball games. Their menu then was pretty basic: burgers, a couple salads, and their famous garlic fries. Then, around the time I turned 21, their menu expanded greatly, offering pizzas, stir-frys, seafood, and a plethora of appetizers, most of which I loved. I frequently would go in for dinner and have a beer and order a couple appetizers. Very frequently. (By the time I was 22, my friend Cara used to joke "whenever I hang out with Justin I don't even ask where to meet up; I know he will be at Gordon Biersch.")
-
In my late 20s I realized I did not like their beer at all. Actually, I hated it. My friend Tim, who works in the beverage industry, told me that he thought they had a problem with their brewing lines and it affected the beer, because he said the beer at the Burbank location was much better. But going up to Burbank was never really an option I considered. My GB meals over the last few years were usually with my friends Dave and Carla, when we would have a few pints of beer in us and get a craving for some garlic fries and pulled pork sliders - the best item they had on their menu, which they inexplicably removed. (The first night we were there that the sliders were off the menu, the server was equally puzzled, telling us that those were just about the most popular item they had.)
-
A few months ago, the Pasadena location closed. Something about the lease; a common issue in Pasadena these days. Elizabeth and I were running errands on Saturday, having a relaxing weekend after the wedding festivities last weekend, and trying to decide what to have for lunch. She lamented the fact that Gordon Biersch closed, because she was in the mood for the blackened Caesar salad. I suggested going up to the Burbank location. I had only been there once, about 6 years ago, but I remembered they had a nice patio.
-
We took seats on that patio. It was indeed nice, and for a while we were the only ones out there. Elizabeth ordered her salad, while it took me a while to decide. I was pretty sure I wanted the Kobe beef sliders, but I was having a hard time deciding if I wanted some garlic fries with them, or a wedge salad. or some of their shrimp and chicken potstickers, which are probably my favorite non-Chinese restaurant potstickers. I decided to get the wedge salad with their marzen vinaigrette.
-
Elizabeth loved her salad. My food was incredibly bland. The wedge salad had very little dressing and even the blue cheese was lacking flavor. The sliders were very dry. They were worse than the Jack in the Box sliders, and three times the price. I requested some barbecue sauce to alleviate the dryness; it barely helped. Onto my last slider I piled a pickle, some barbecue sauce, a couple pieces of lettuce from the salad, and a few of the fried onion strings that came with the meal. It was better, but still nothing special.
-
I don't know if I will go back to Gordon Biersch. Certainly not the Burbank location. This was a disappointing meal and, although their patio is nice, it is nowhere near as nice as the patio was in the One Colorado courtyard. Perhaps it's just another one of those things that I loved once that isn't the same anymore.
Posted by JustinM at 1:50 PM